Today’s town of discovery is Saint Aulaye, which is one of 700 Bastides built in the South West of France in the 13th and 14th century.

A bastide is basically a fortified town developed to reduce feudalism, protect the people from attacks and encourage colonisation of wilderness areas.  Although a local lord still provided protection and land in exchange for goods and cash, the lord was controlled by charters and therefore the people were better off as there was available trade and less onerous feudal charges.

We came to the town to do a geocache based on the ramparts of Saint Aulaye and because Saturday is their market day.

Today’s French food experience however did not come from the market as it was pretty low key. So we went to the local bakery and bought a cygne au crème choux = swan shaped cream puff and a pain au chocolat = chocolate croissant. The swan was absolutely full of fresh whipped cream (Ed: As is Jeannine now). 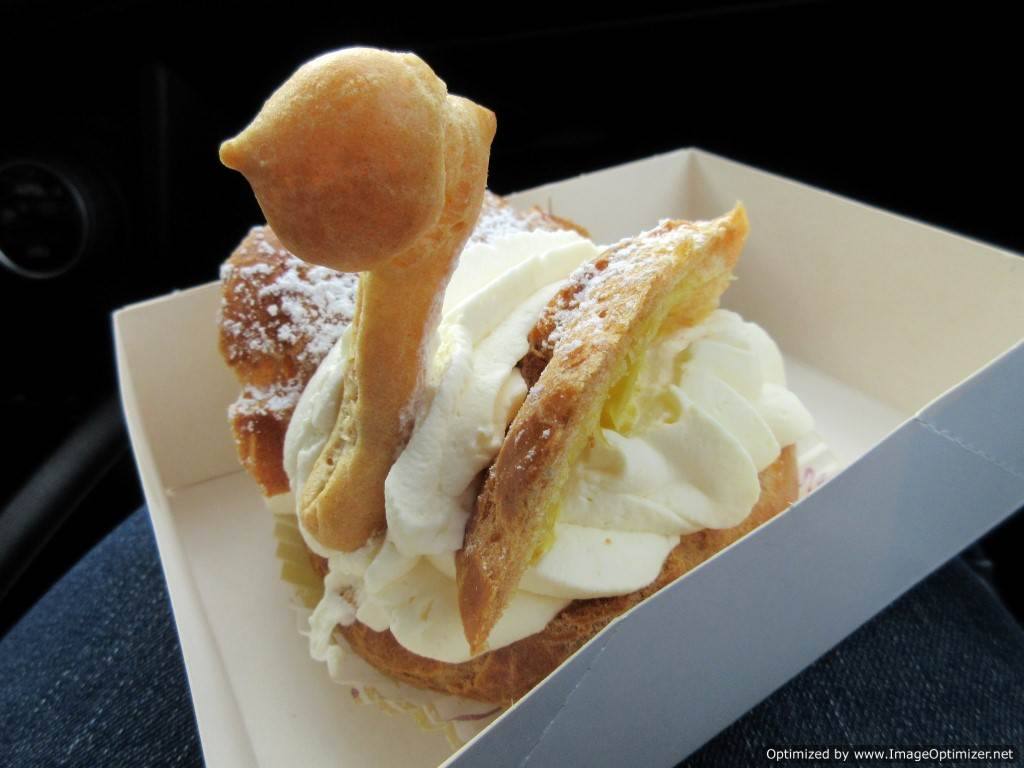 The French word of the day could have been swan but we didn’t master it; instead the guy wanted us to teach him how to ask for the money in English. Our new French words for the day are Hotel de Ville (city hall) and Mairie (town hall). Every town no matter how big or small has one, adorned with French and departmental flags. Our little village of Laprade has no facilities but has a Mairie, I’m not sure what they do for a rural population of 220.

We also visited St Aulaye’s church built in the 11th century, which has managed to survive wars and time with just a little bit of maintenance and a few strands of wire. Possibly Christchurch engineers could learn a thing or two about construction from them. The surrounding graveyards were also interesting as most family plots displayed small embellishments for additions to the plot which don’t seem to get vandalised. 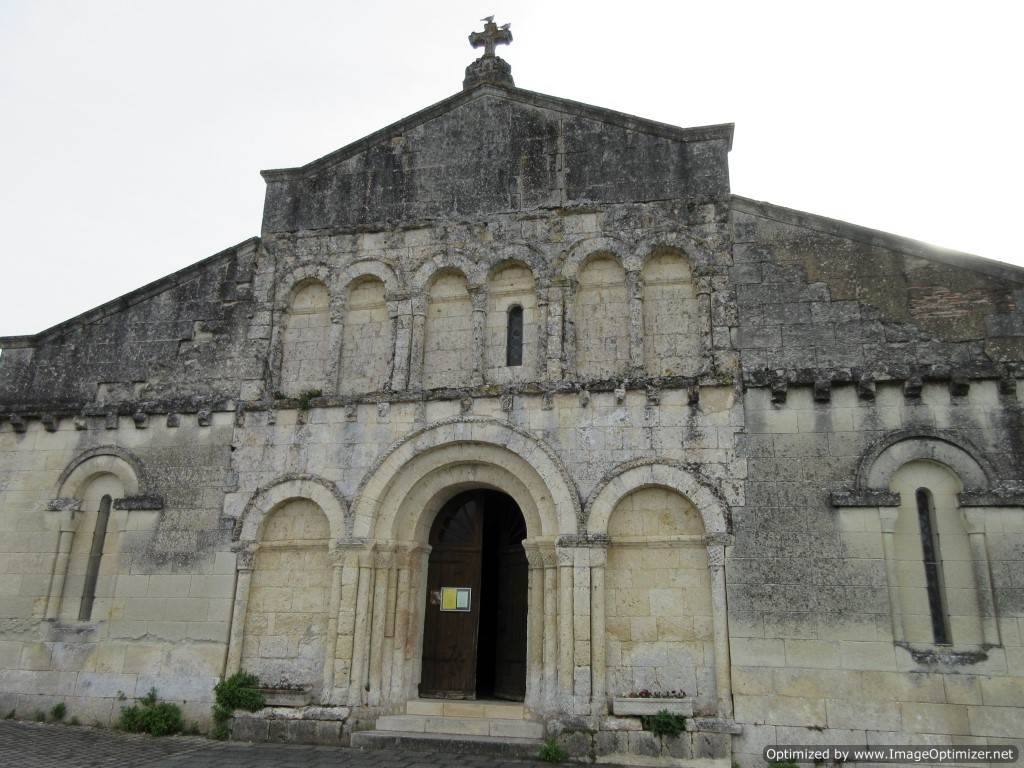 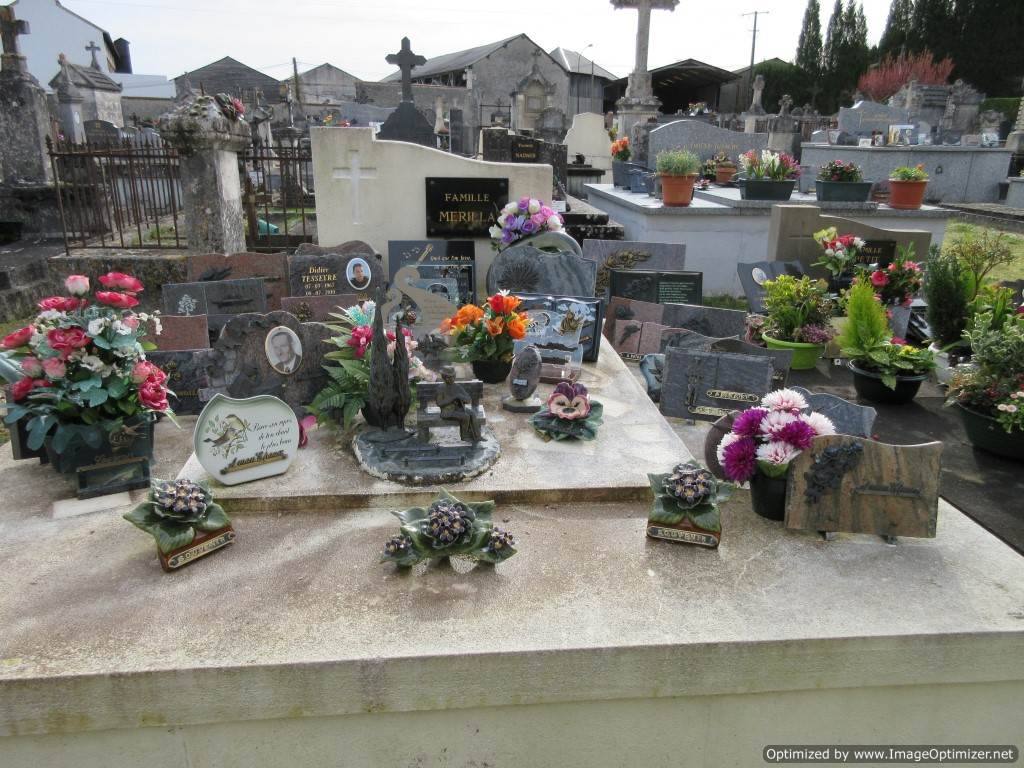 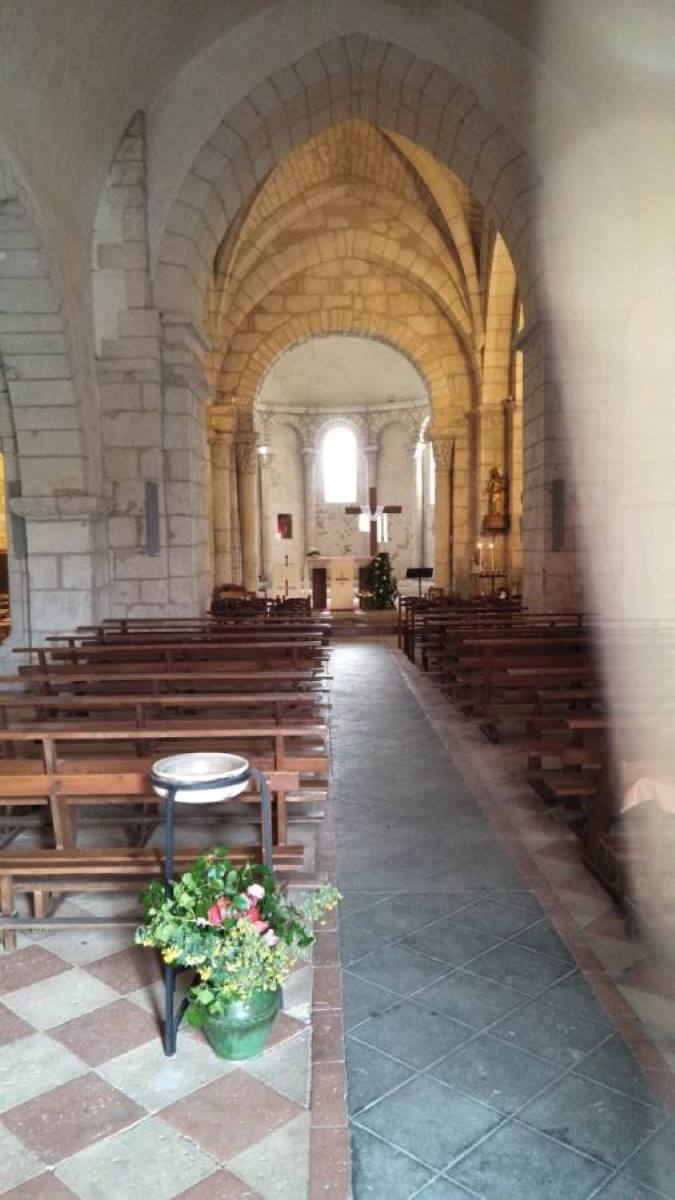