The cultural events are beginning to ramp up as the weather improves and another long weekend occurs for Pentecost (descending of the Holy Spirit). With 2018 being the European year of Cultural Heritage a lot of the towns are holding events that take in both culture and heritage such as walks around the old flourmills. To get into the spirit of the occasion I decided today is full on Cultural Immersion day; take in as many events as possible. First Cultural Immersion experience was the Quilting exhibition in Miramont-de-Guyenne, a free event sponsored by the local community. Bargain I thought, in New Zealand they charge you, however I was a little disappointed as 10 quilts doesn’t really make an exhibition. The most popular place in town was the bakery, so off we went and had today’s taste of France, a Mille-feuille, which translates to a thousand layers, but basically it’s a French custard square. 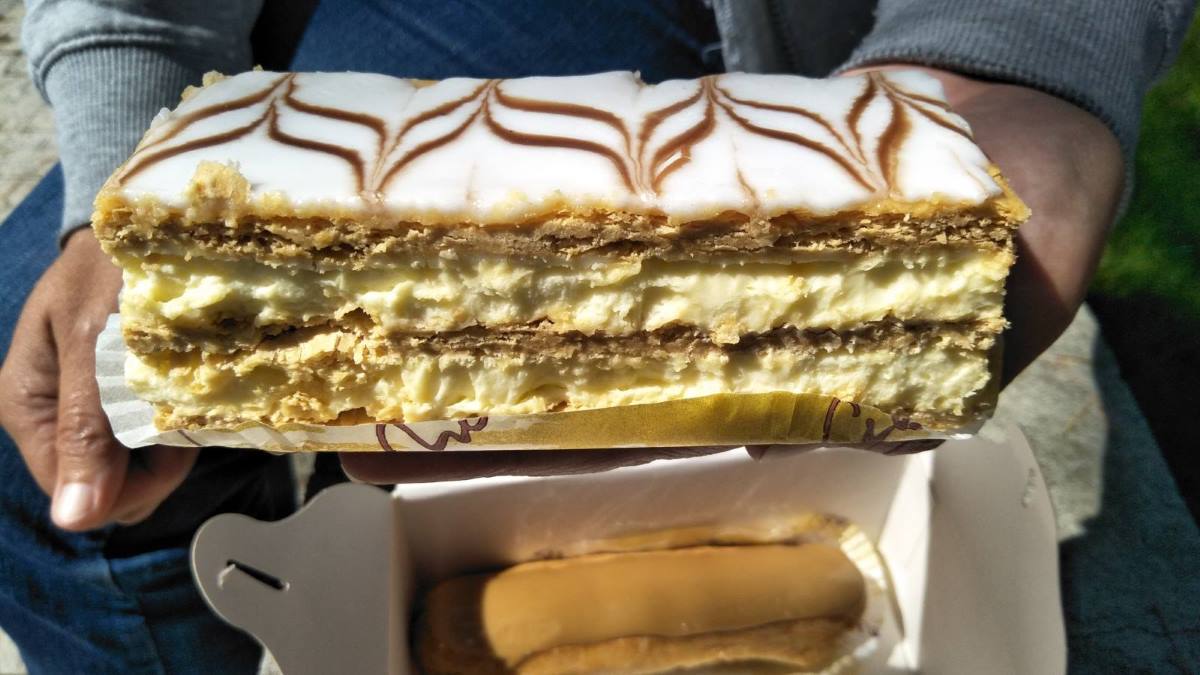 Second Cultural Immersion experience for the day was the 30th Flower and Flavours Festival at Marmande. It was a small occasion, only 8 or so flower stalls, 4 of fresh strawberries and maybe 5 others, mainly food. We got there just as the brass band finished and everybody gathered for free strawberry drinks and savoury biscuits. 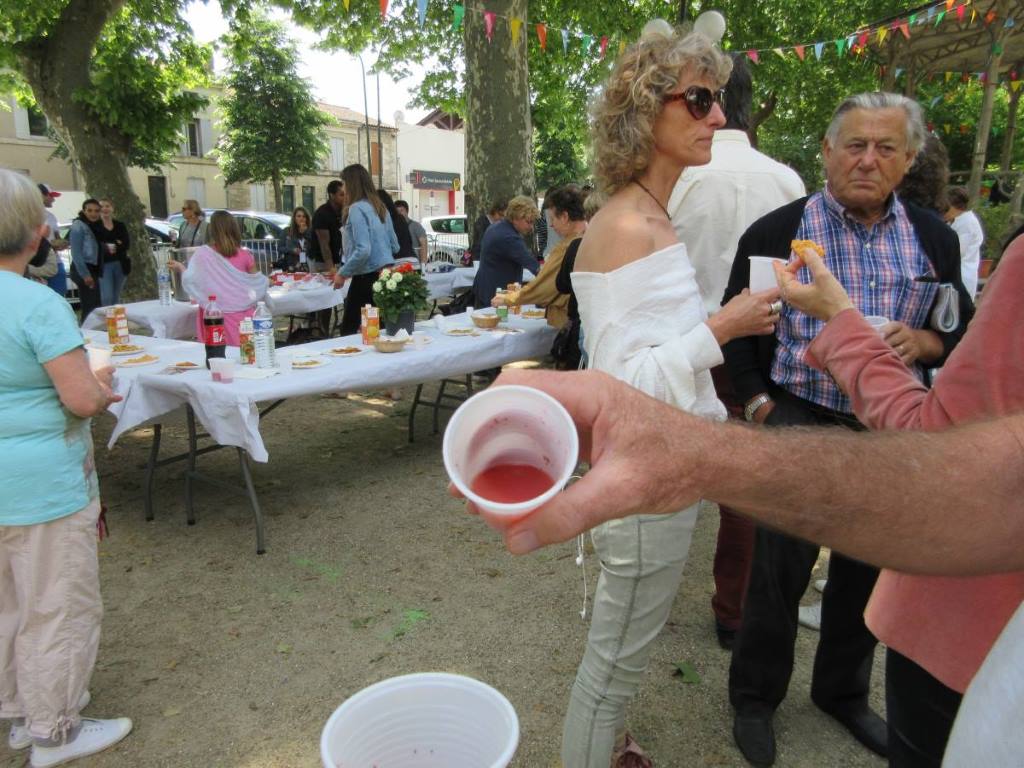 To fill in time until our next experience we did two caches in Marmande, one with a cool snail shell cache container, see photo. We also managed to find a better shot of a maize storage unit. 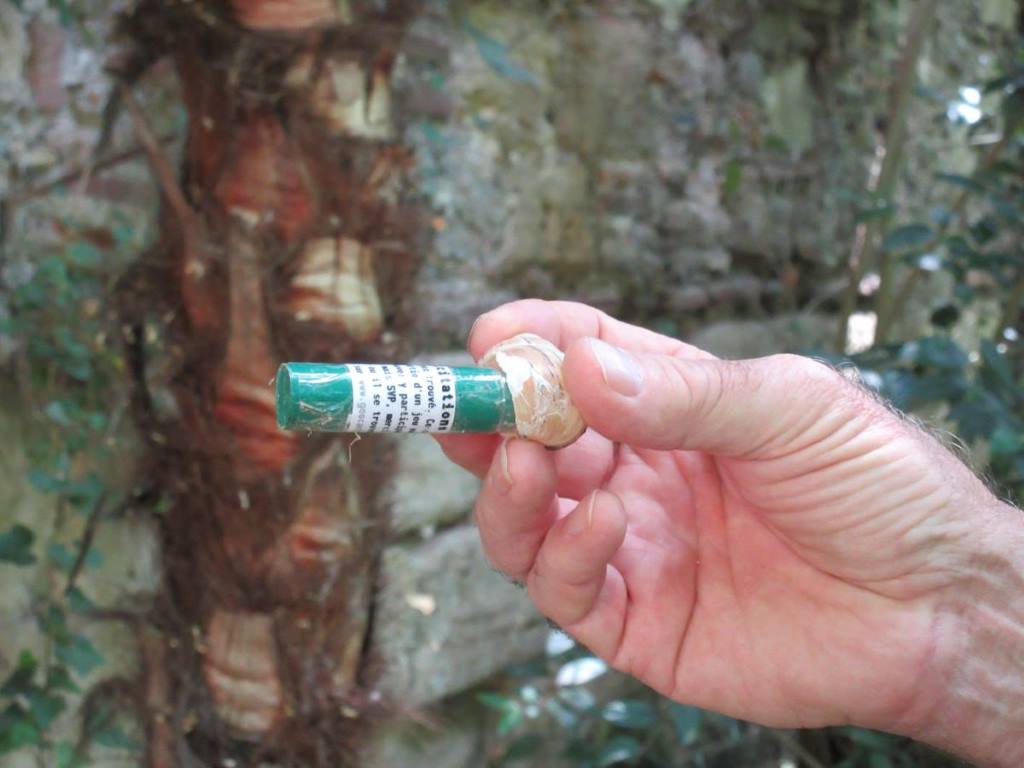 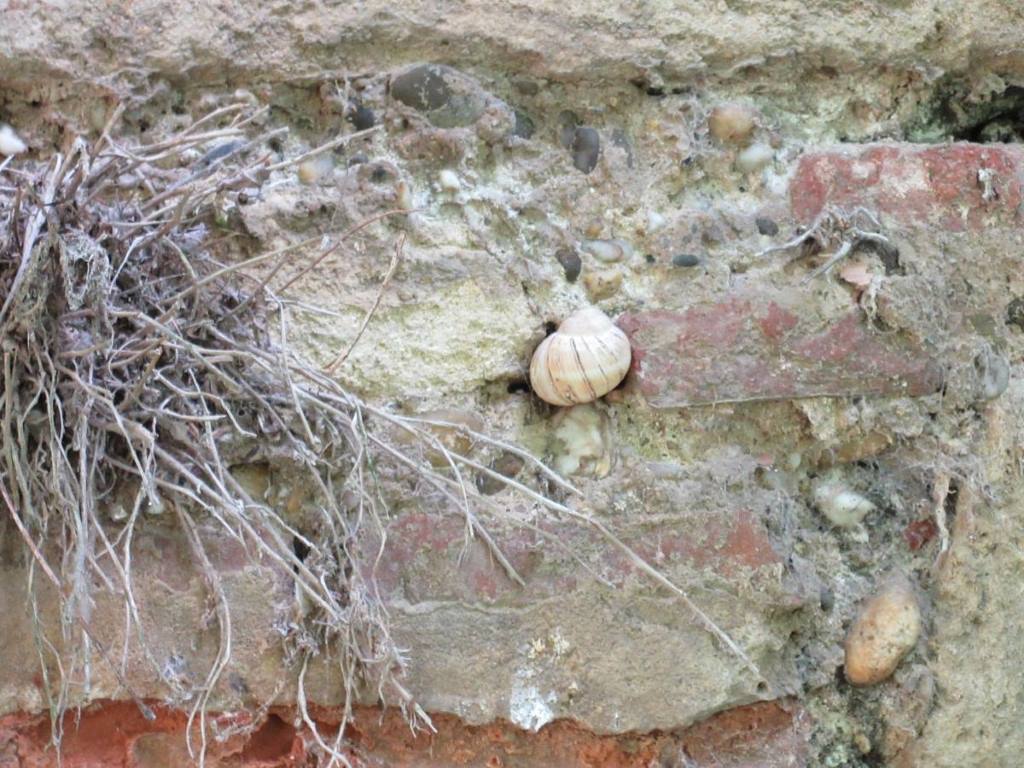 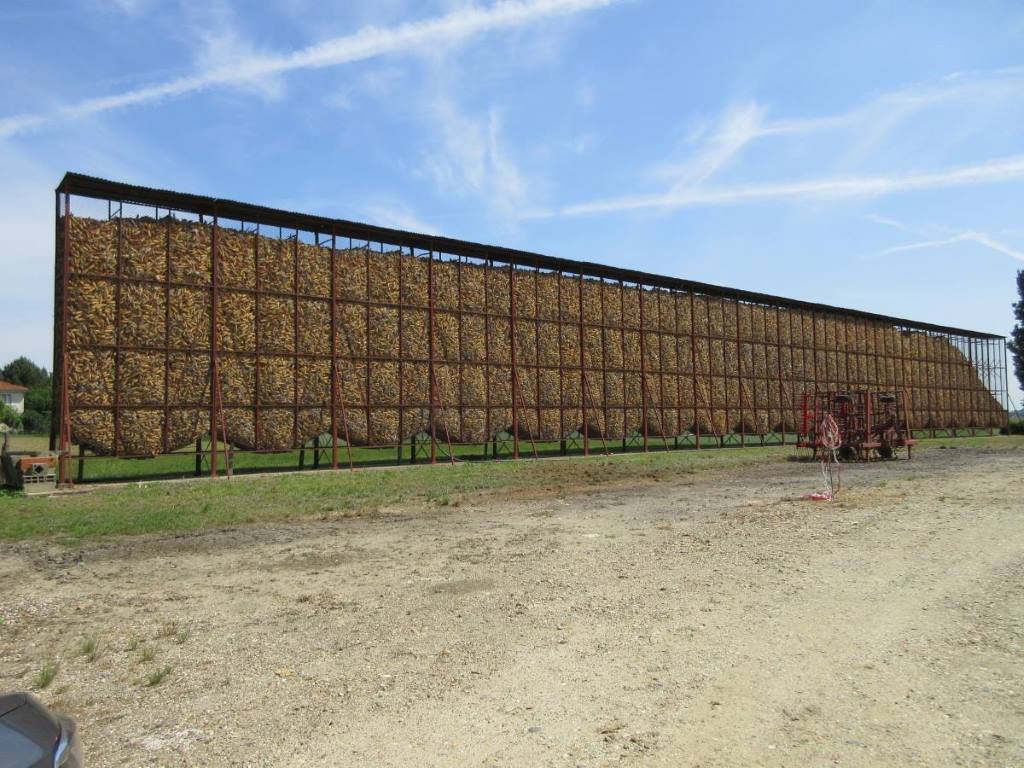 The next three Cultural Immersion experiences for the day were to be the Marmande Dog Show, a Book Fair in the Gardens and a Flourmill hike in Loubens. The dog Show was only a fill in event so we decided against it when we saw they wanted nearly NZ$10 to see somebody’s precious pooch. We were too early for the book fair and the Flourmill Tour was definitely for the French who lived in the days of mills. So back we went to the book fair. Behind the façade of a garden centre is actually a nice botanical garden. Normally they charge €6 to see the gardens but the Mayor was paying as part of their cultural community contribution. However you had to partake in the book fair which was a few areas of the garden set aside for authors to sell and explain their writings. Nobody spoke a word of English so we were saved from the literary : Cahors - plenty of Cultural Immersion and could concentrate on the garden and maze. 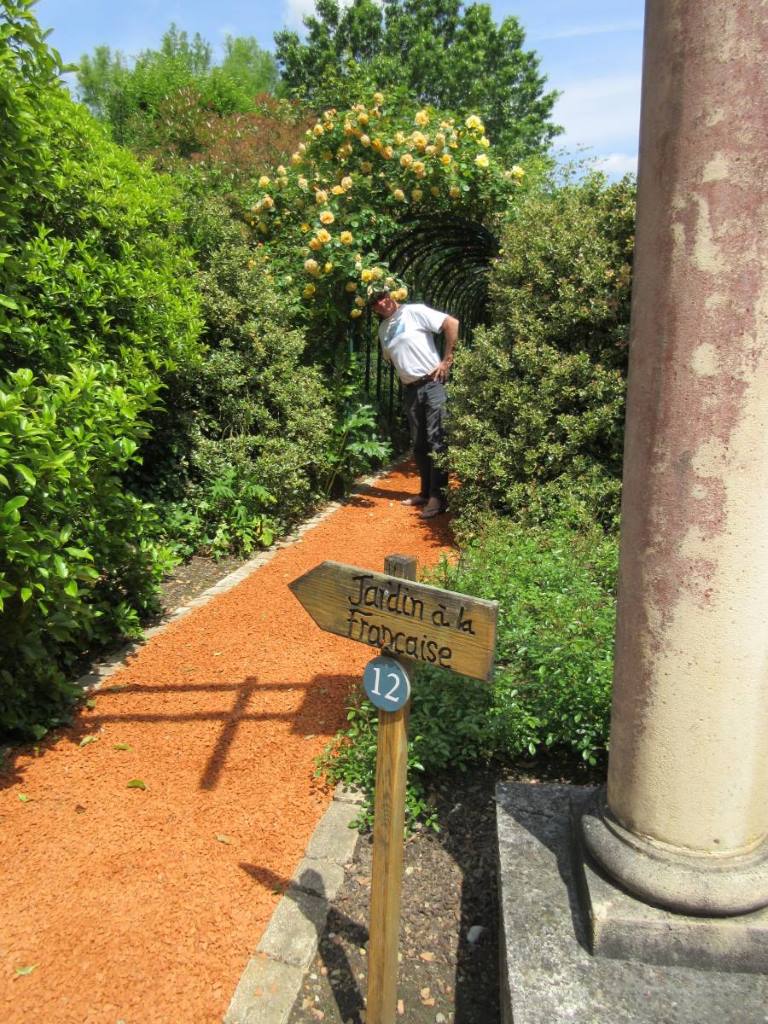 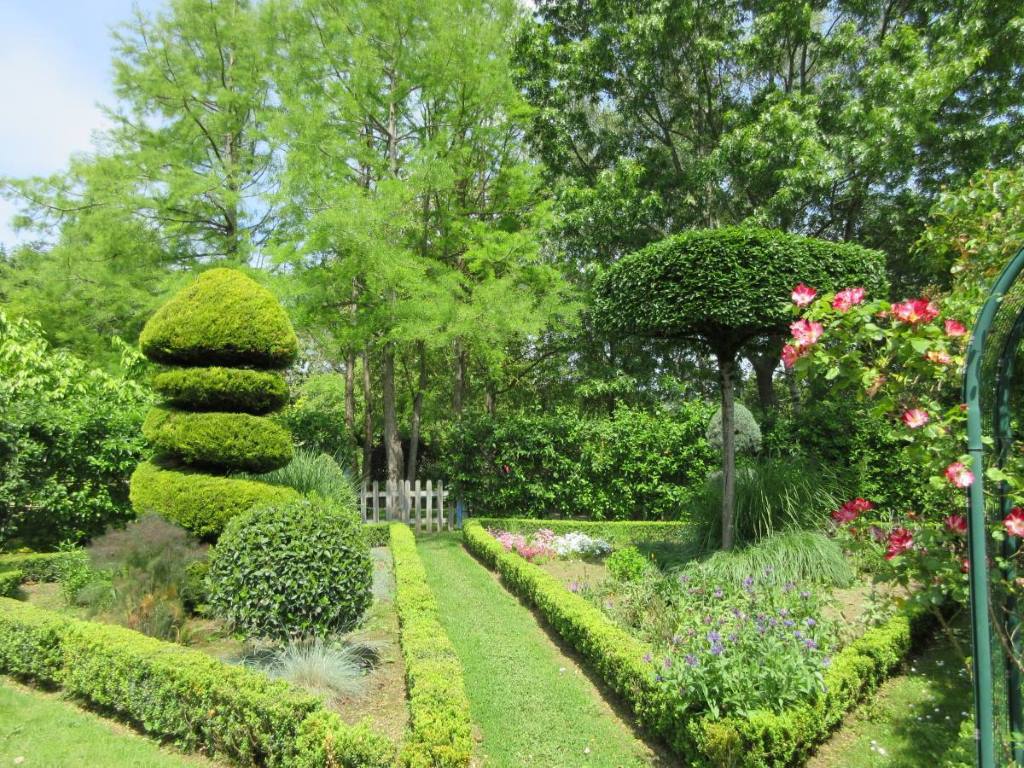 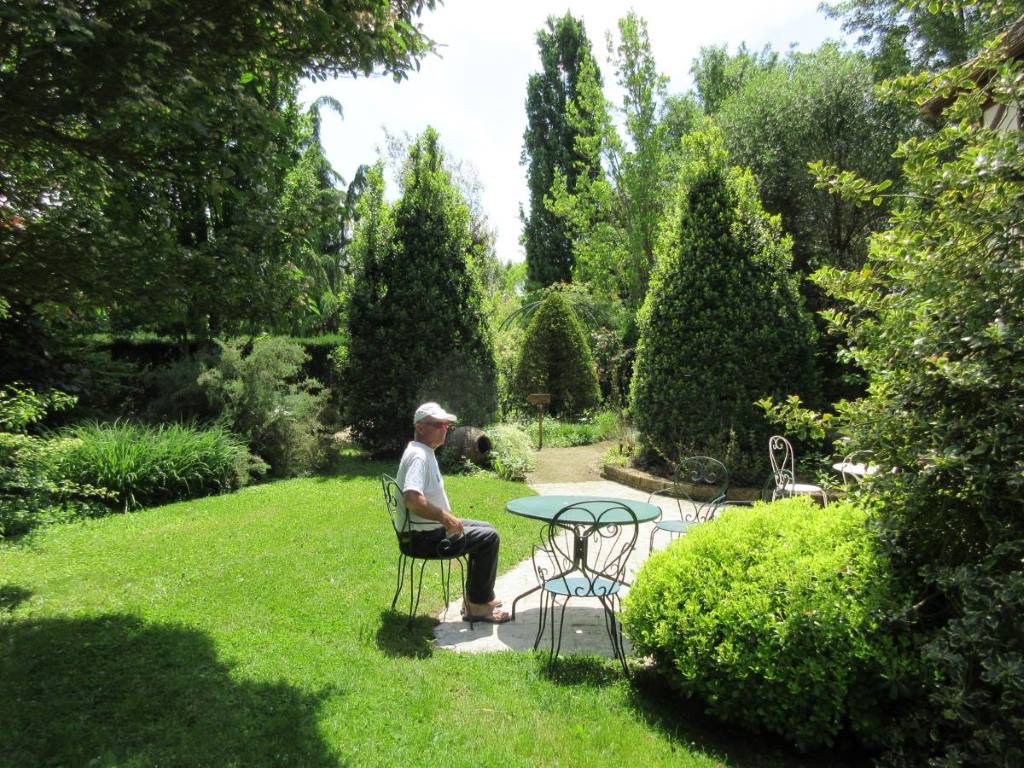 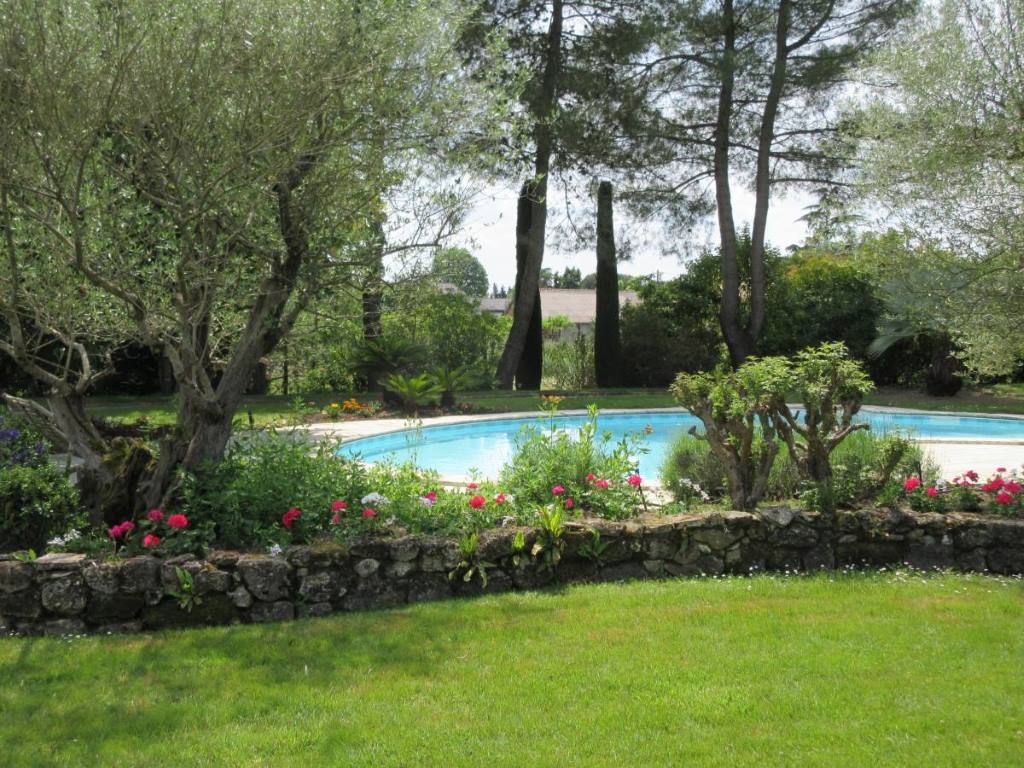 As we didn’t go on the mill hike we went instead to do a few caches around Beaupuy’s lake. Nice lake, nice walk, bad geocaching, Roger found one good hide out of four. The lake has lots of recreational users, and then there is the other hundred or so people playing Boules. 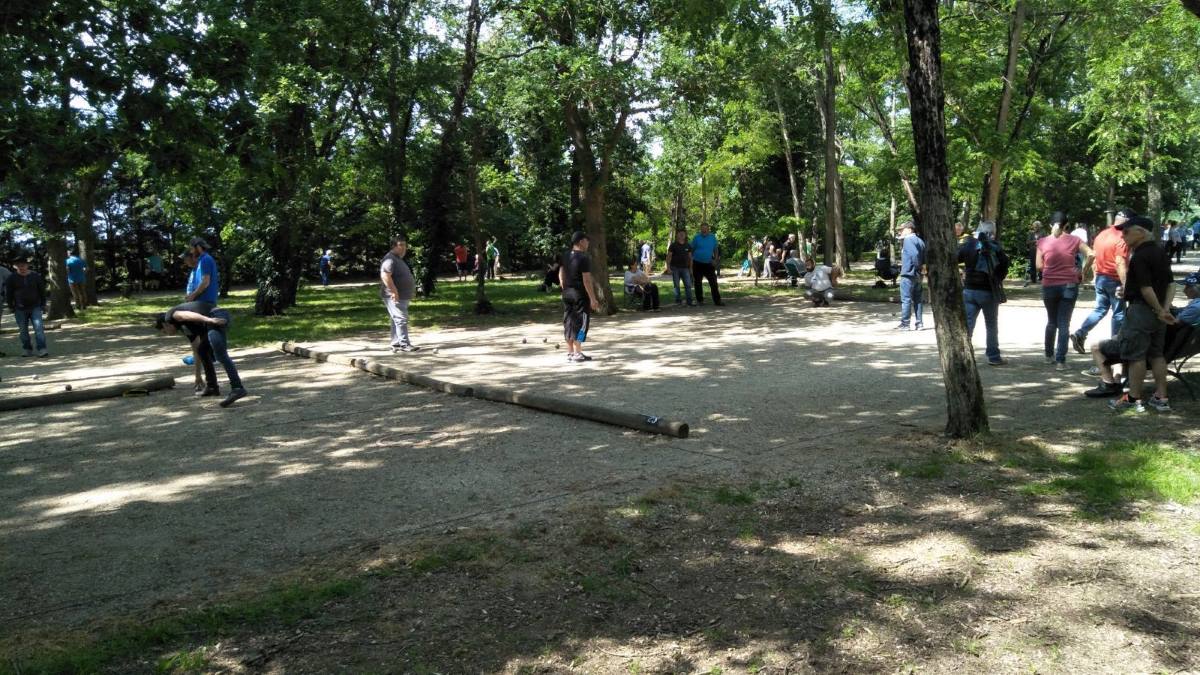 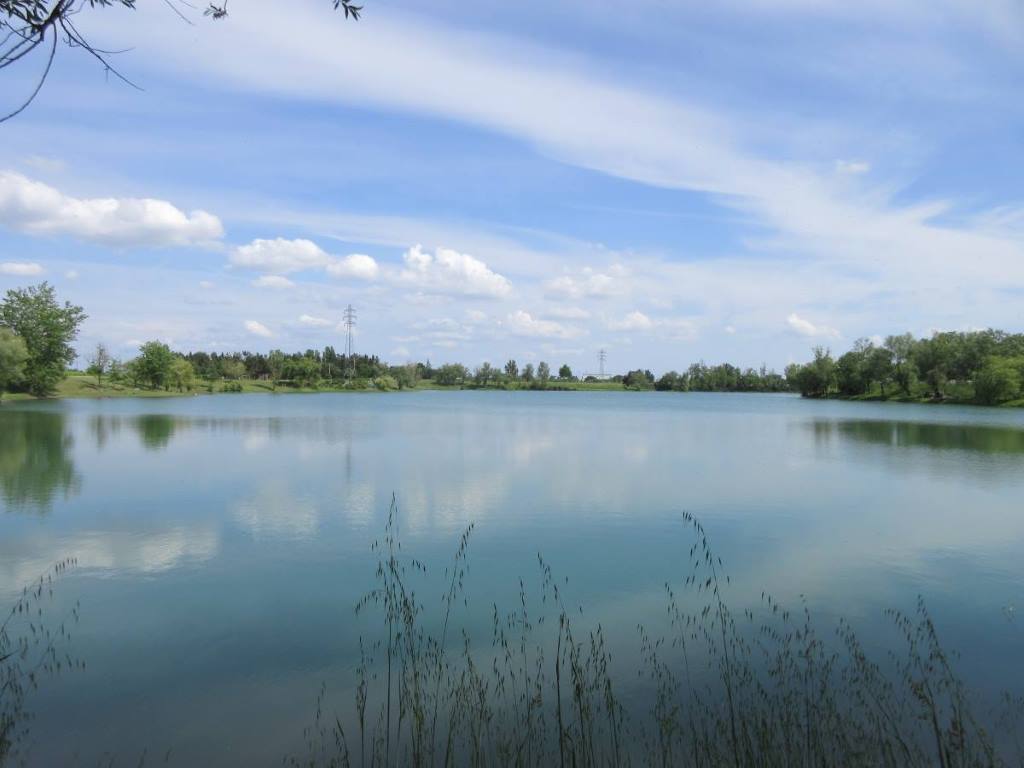 French word of the day is ‘Vide Poussette’, if you see a sign with these words it means ‘empty pushchair’. An empty pushchair is a second hand market held for people to sell all their old baby gear, not the baby though