We started our day with a visit to the cliff side village of Rocamadour. The town began as caves inhabited by hermits until an abbot had a vision to build churches in the cave. In 1166 they discovered in the rock the body of hermit Amadour, hence the name Rocamadour. From then on the village grew with churches, sanctuaries, hospitals and a fortress to protect the people during the 16th century invasions. The village was set up to serve those on pilgrimages and includes 216 steps which the pilgrims climbed on their knees, in prayer, as part of the pilgrim process. 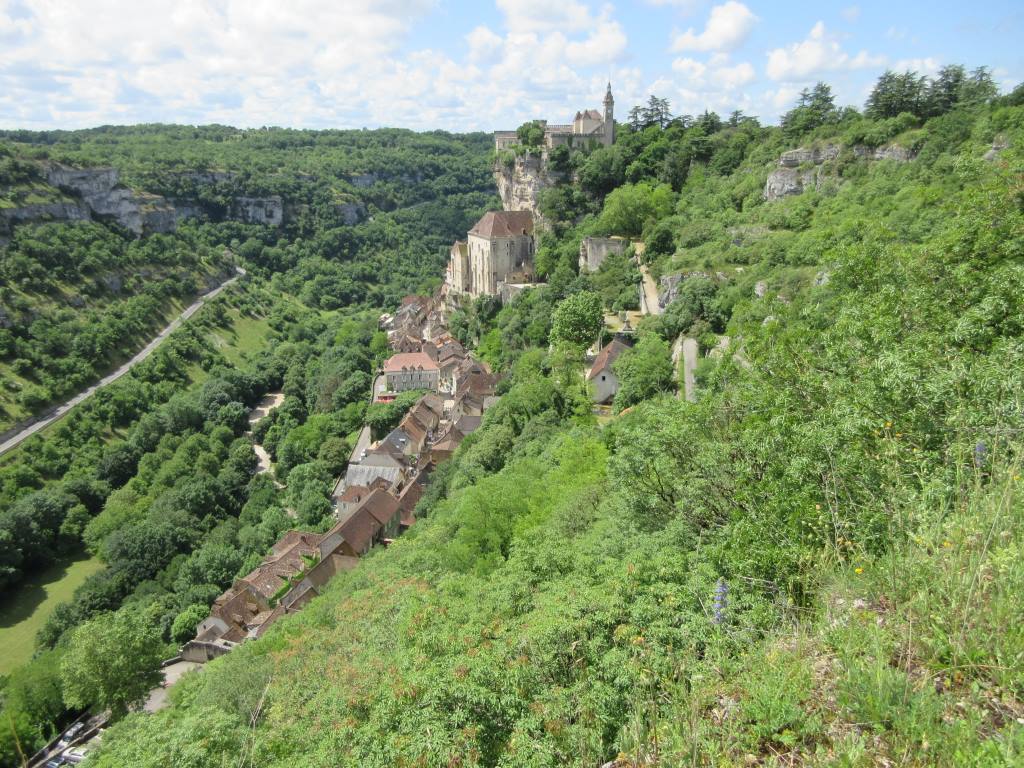 Most people start the journey from the bottom to the top, either ascending by walking, by elevator or by taking a little train part of the way. We toured the village from the top down because that is the way our multi geocache took us, however you still have to come back up to the car at some stage. Along the way you see the chateau, sanctuary, chapels, many viewing terraces and the tourist shops. There are several places to pray and reflect and also places to make offerings and bang a gold drawing pin in a cross. 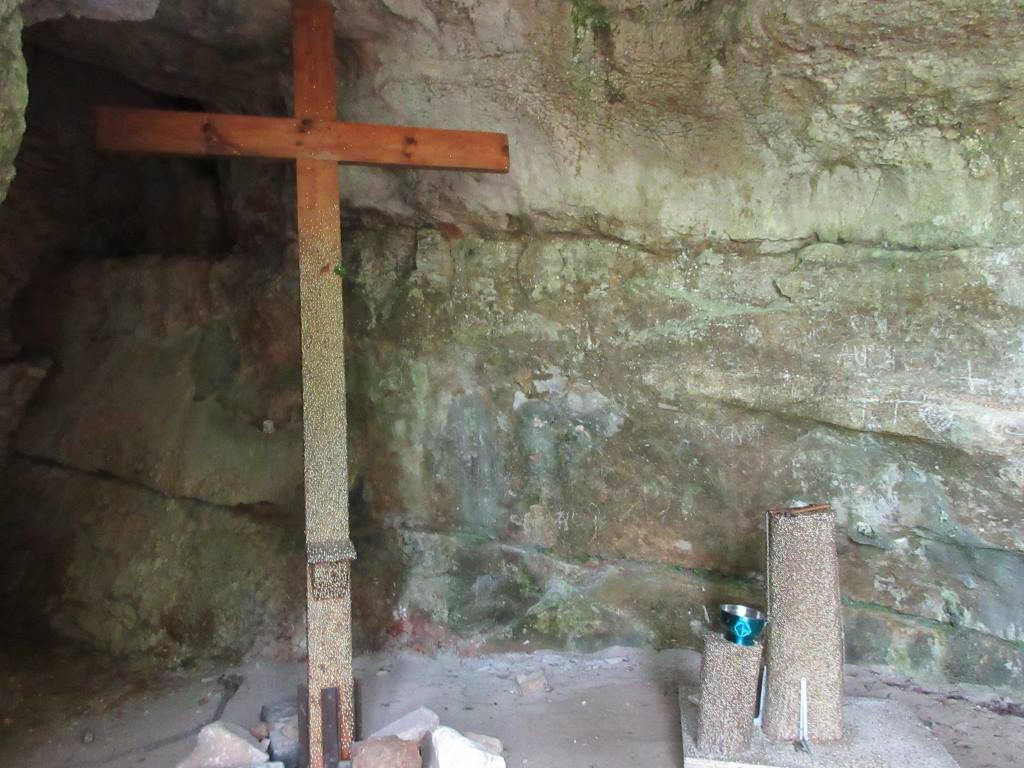 The church area has eight chapels which each serve a different purpose. There is one for praying silently, which obviously isn’t a word in one Spanish lady’s dictionary as she wailed out loud, on her knees, in front of the alter. Another chapel had model ships hanging from the ceiling; they represent the miracles perform by the Black Madonna in saving lives. Apparently the bell tolls when a miracle has been performed, which meant at 12.00 o’clock there must have been quite a few because it just rang on and on. There was a chapel dedicated solely to the French rugby team that was full of International rugby jerseys. You could pray for them and make an offering, however they might need a bit more than that to help them. 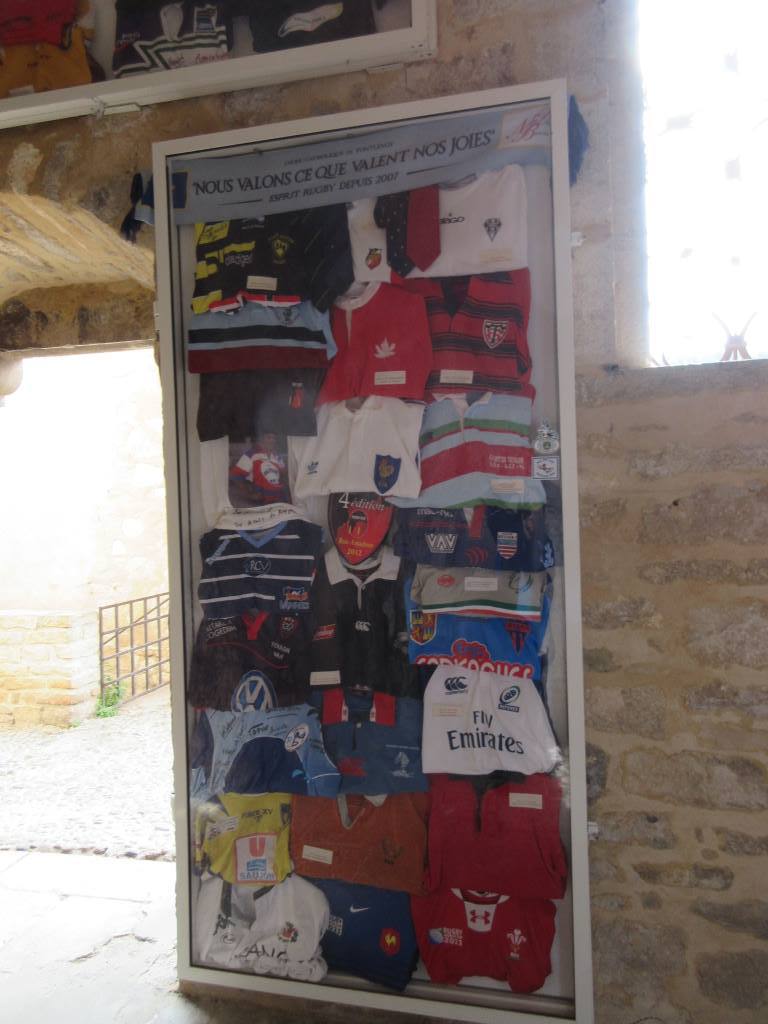 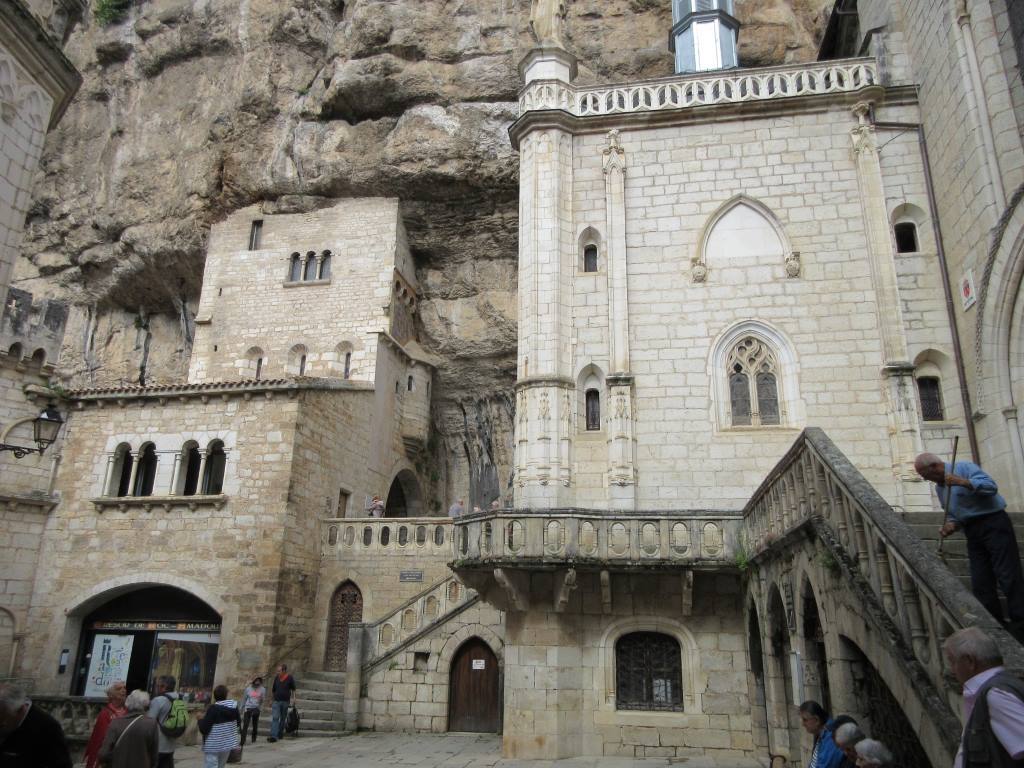 My 1,000th geocache-find in hand, we went back to the village of L’Hospitalet for lunch. Today’s taste of France is brought to you from Rocamadour’s own locally produced Cabecou cheese (goat’s milk), nice with a bit of baguette and something acidy to watch it down. Because the ingredients are only sourced locally, Rocamadour can put their own name on it, where no other producer region can do that. 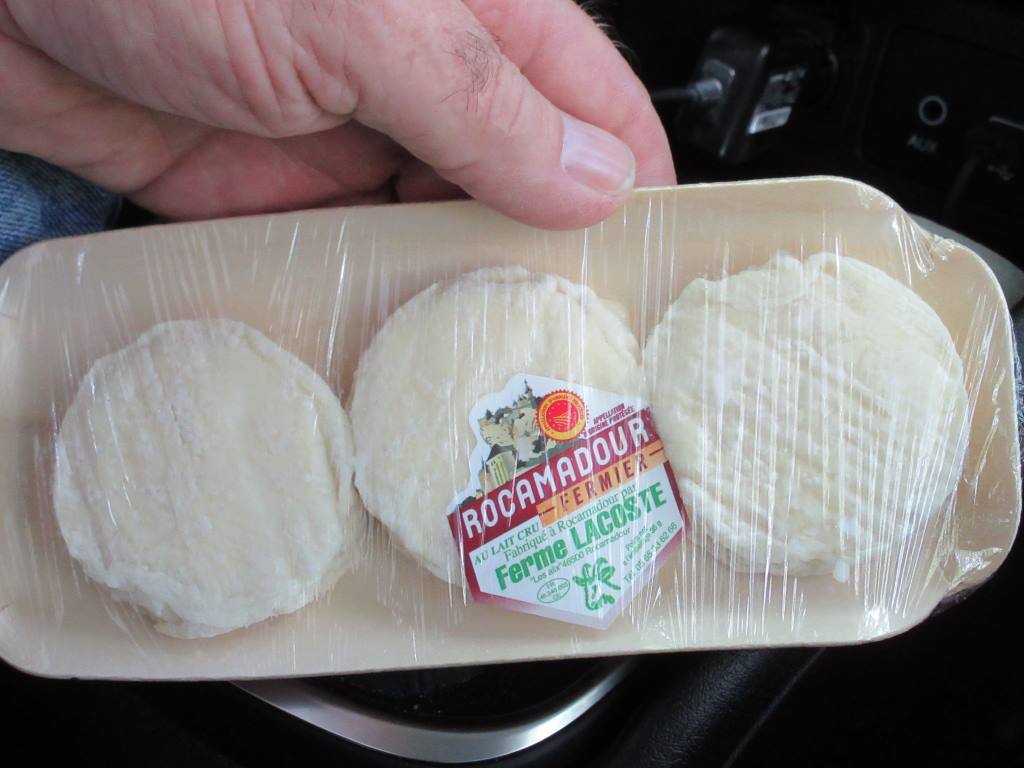 We left Rocamadour and headed down through the national park to our Puy L’Eveque accommodation for the month. French word of the day ‘Puy L’Eveque’ translates to’ Puy the Bishop’, it’s not very handy when your internet keeps translating it while you are trying to search. Puy L’Eveque is sold to the tourists as a picturesque medieval town built on a rocky promontory overlooking the Lot River. It photographs well in the daytime and at night, however photos can be deceiving, as we soon discovered that the town has very little to offer in the way of cultural or tourism outside of the national park and river activities. 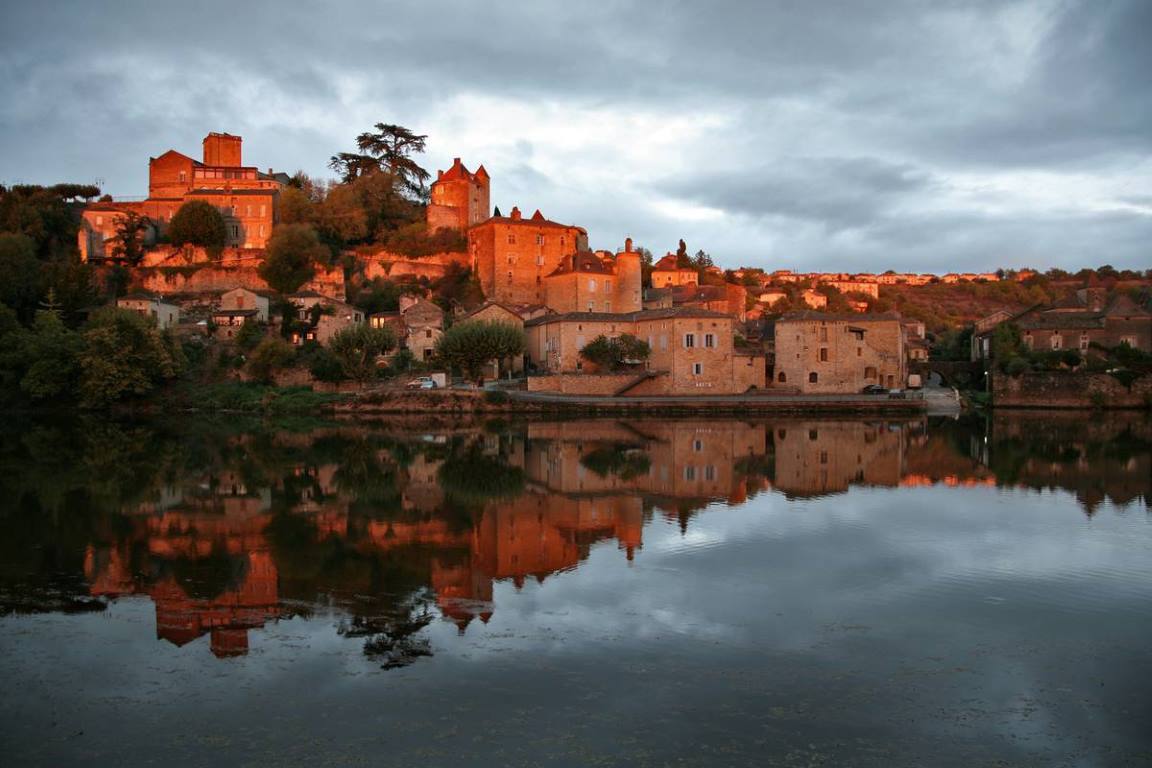 We found our accommodation, handy to town – check, 100 metres from a boulangerie – check, view of the Lot River – check, detached house with garden and swimming pool – check, lots of windows letting in the sun and light – check (something Duras didn’t have), however from there it all went downhill. The English landlady wasn’t young (or well fed) and was running a B&B for what looked like a few expats ‘waiting up for God’. Her house and the path to ours was a jungle, but with the help of the guard dog, whose jaws were safely wrapped around a bone, we made it through the obstacle course to the door. She opened the door and the smell of a damp rotting house with a dirty fireplace leapt out at us. In the photo the landlady’s house is the 3-story one on the right and ours is the two-storey one to the left of the pointy bit.

I semi dismissed it knowing she had had long term tenants staying before us and maybe the house hadn’t been opened since they left in March. However then we discovered the whole house was disgustingly dirty, the previous tenants obviously hadn’t cleaned it before they left and the landlady didn’t appear to see the filth. To appease me, Roger started cleaning the kitchen so I could unpack our food, however after several changes of cleaning water and several hours he took a well earned rest with 30% of the kitchen done. Meanwhile I noted that the period features, being the exposed beams, uneven floor boards, flaky window frames and ceiling rose, were decaying faster than Roger could clean. The woodworm was so hungry they even ate the wood holding their cocoons to the ceiling causing them to fall onto the bed. So after the sighting of stained bed linen, ants, layers of dirt and grime on the mats and tables, pieces falling off the banister railings and pubic hairs in the hand basin I was out of there. Lucky for me I have Roger, who after his tireless cleaning went and confronted the landlady. 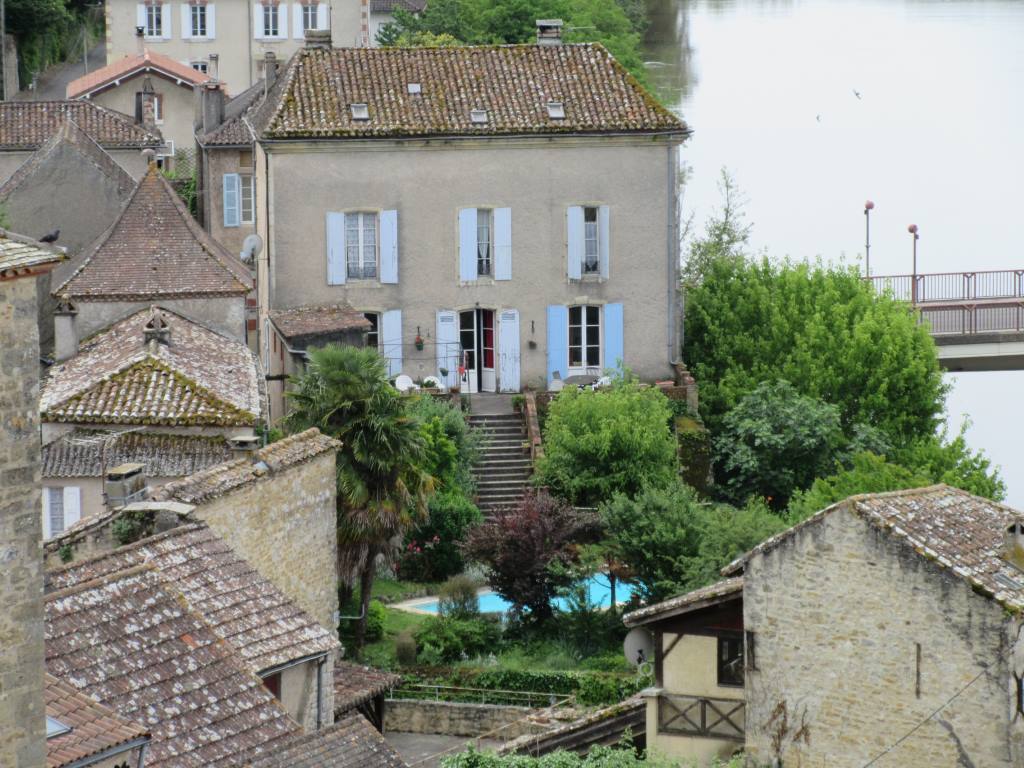 We were able to get out of the deal almost financially unscathed because unlike our other two places this lady didn’t want a damage bond or hefty deposit upfront. Our evening finished at a hotel ten doors down the road, nice garden setting, popular garden restaurant and a very hospitable host. Beer and duck doesn’t fix everything but it helped us get through our ‘that’s life’ movement. We live and learn and hope for better tomorrow. 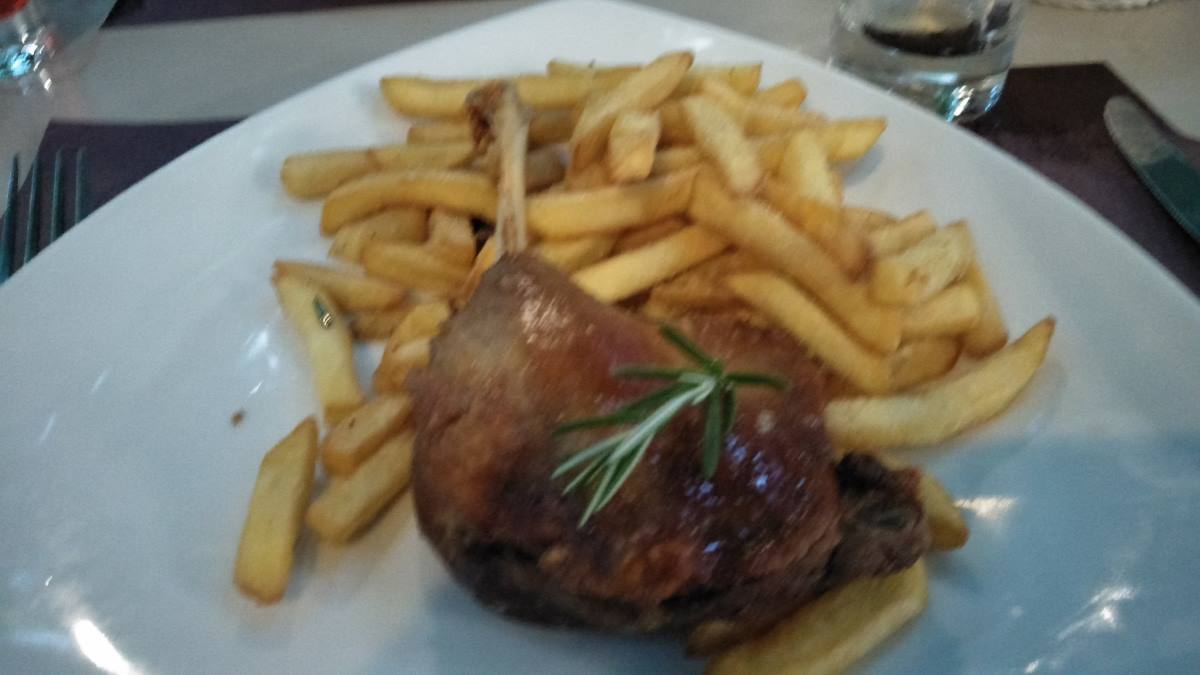