Although France doesn’t commemorate ANZAC Day, for obvious reasons, we decided to maintain our tradition of attending a dawn service to honour the men and women who served our nation in the First World War. The two of us trotted down to the Laprade War Memorial this morning before dawn and held a formal ceremony, or as much as it could be with no soldiers, no flag poles and no officials. I read an introduction, prayer, an address and the Ode, Roger laid my handmade wreath and played the Last Post, Abide by me, the Reveille and the National Anthem on his phone. We placed our poppies and were back in bed before anybody in Laprade surfaced.

Having recovered from our early start we set off for our weekly 3 course lunch and a planned Geocaching outing. At the first cache the nettle got me which is ferocious stuff that stings for 24 hours. The second cache was on the Greenwich Meridian (whole lot of 0s in the number), but we didn’t even attempt to find something under a dirty bridge with the trash, mud and piss-covered nettle.

We settled for lunch in Roche-Chalais, which was a ‘formule du jour’, normally means 3 courses and sometimes you can subtract a course for a lesser charge. Our taste of France lunch was slightly different in that the entrée was from the buffet table and the main and dessert were set, no choice.
For €12.90 each we had;
Entrée: buffet was cold meats, pickled vegetables, 6 salads of Couscous, rice, pasta, cucumber, potato and what looked like grated celeriac mixed with mayonnaise.
Main: roast beef cut into 2 steaks and green skinny beans. No other vegetables, just a mountain of beans. More entertaining was our waitress going around asking the customers what the English for Haricot Verte (green beans) was as she wanted to tell us the menu in English.
Dessert: unsweetened yogurt with fresh and syrup of strawberries.
And of course a steady supply of baguette and butter. Nice meal, but yet again the meat resembled something on Masterchef where my meat was still raw, the jus would have been nicer if chef knew how to make decent gravy and my plate was cold. Regular diners also knew to swap the Nigerian beans for frites.

To walk off our lunch we did two multi-caches, of which one had 12 stages, all that walking for an hour and we never found it, nor was the bar in the forest where the cache ends, open; that’s life. Below are some shots from the walk, the Rape Seed flowers are beginning to die so all the paddocks are going from bright yellow to green, the paddocks are being ploughed ready for sowing and the wildlife are coming out. I spotted some serious tracks today of a small bear chasing a kiwi and appropriately some Red Poppies in the fields, just for ANZAC Day. 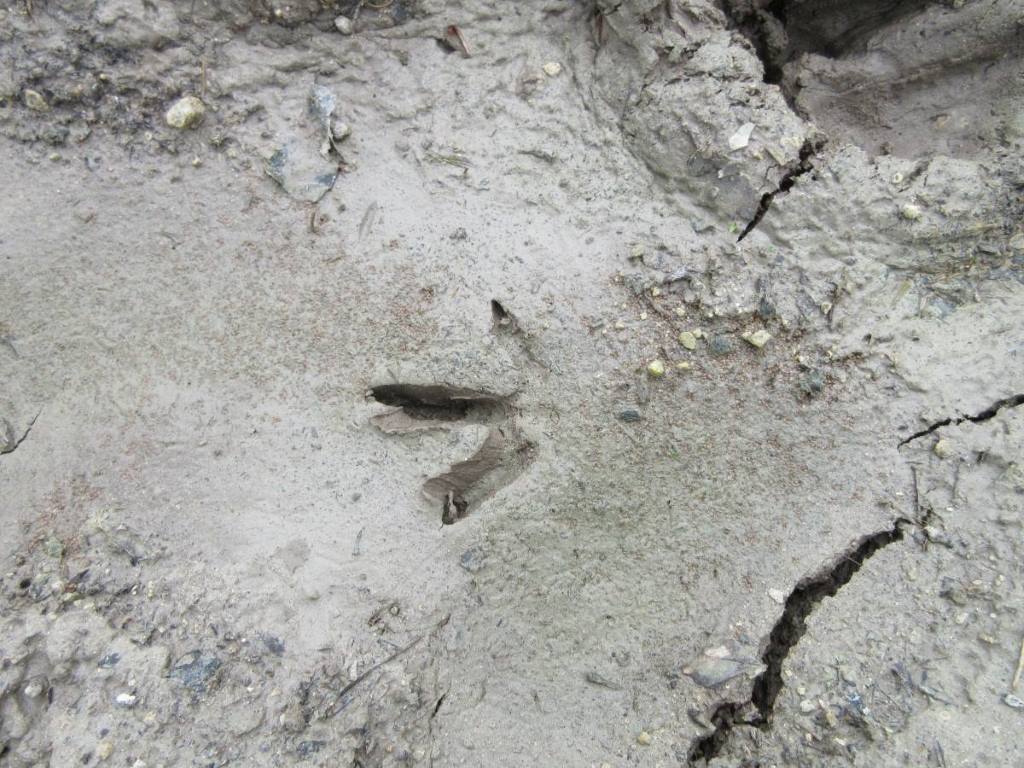 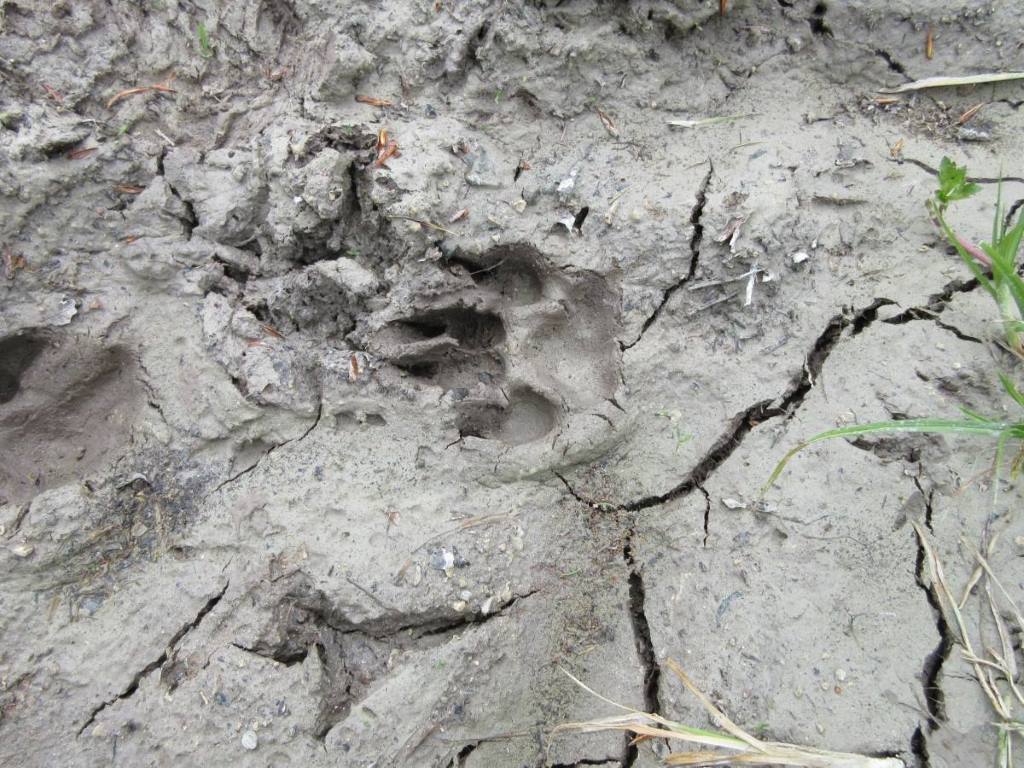 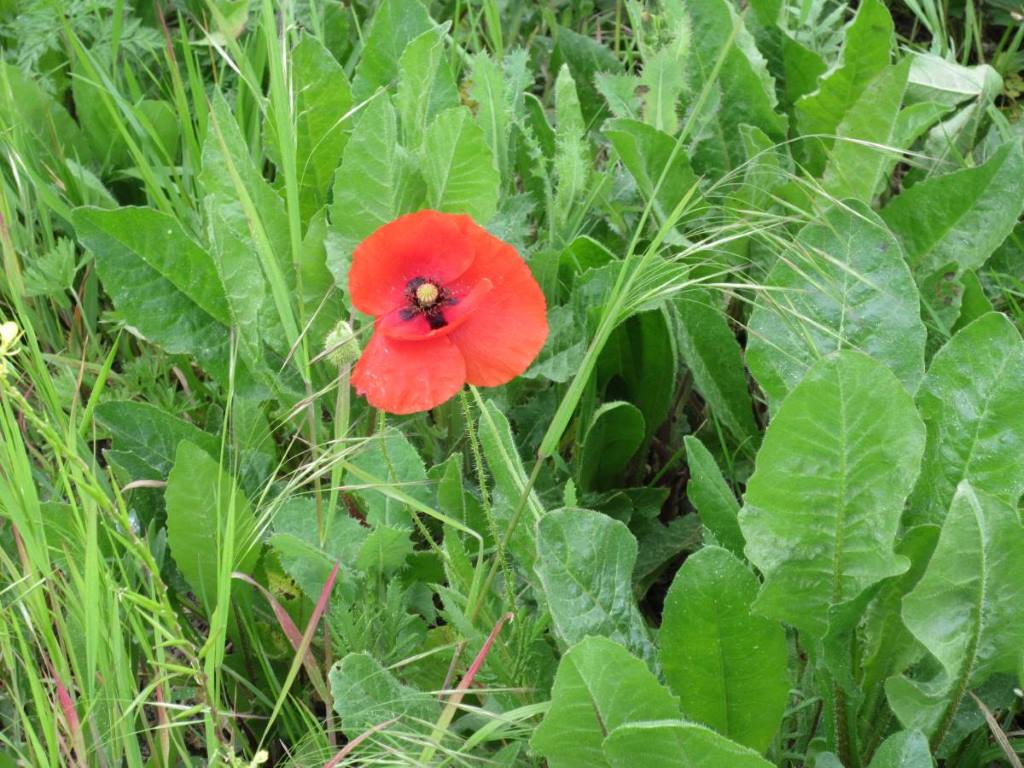 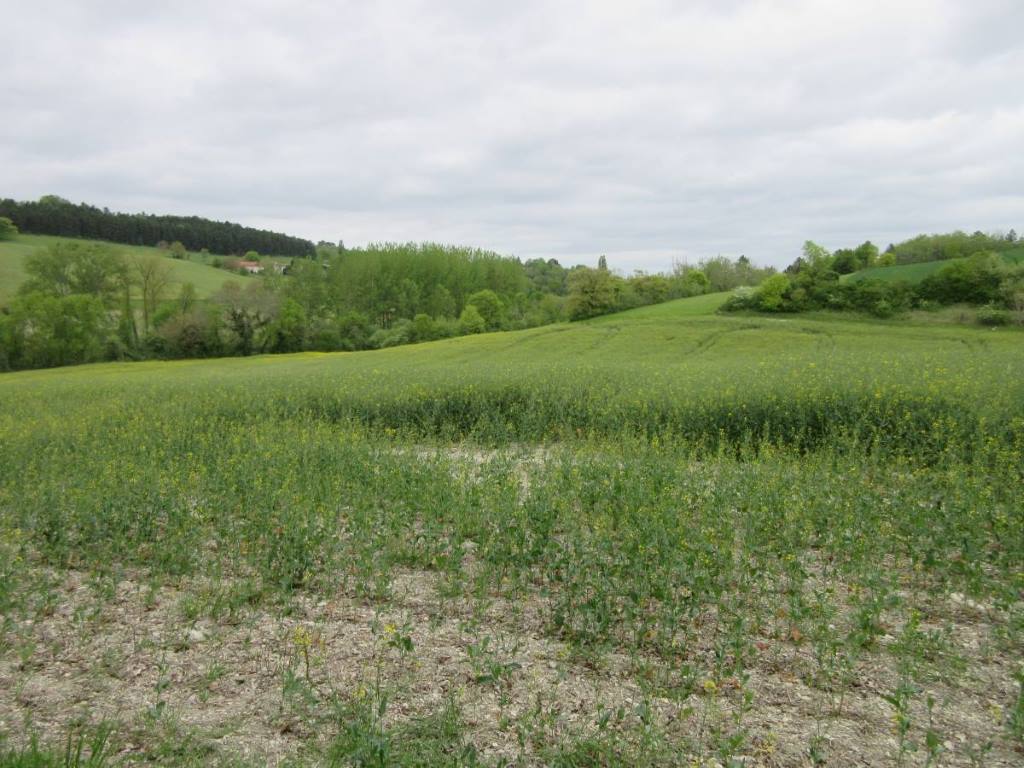 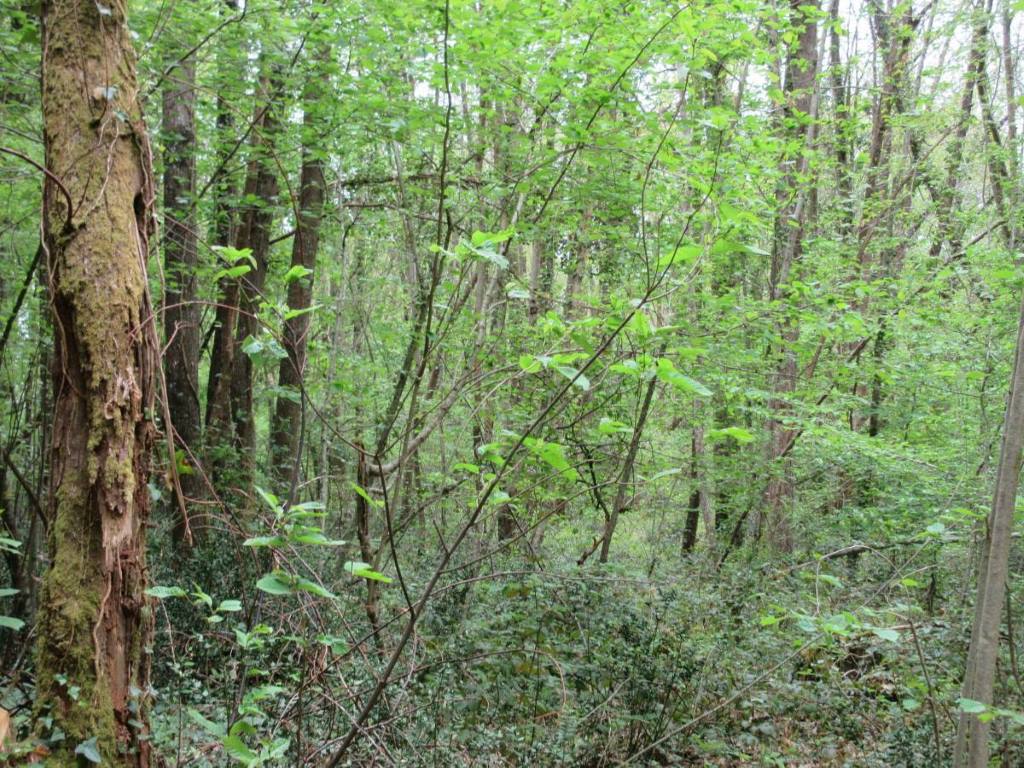 Today’s French word is “abeilles”, when you see a sign with “attention abeilles” on it in the woods it is probably not a good idea to go rummaging around in the trees and bushes for a cache as the sign says “beware bees”.