Another beautiful day in Cahors, too nice for sitting in the car for a long period, so we are having a day of catching up on washing, internet and food shopping. Yet another French washing machine that takes 2 hours to wash five t-shirts, at least they will get dry in the same period of time in the sunny Cahors’ weather.

Our taste of France is from the Boulangerie down the road that actually doubles as a lunch bar. Being a bigger city, the bakeries break the norm and sell salads, quiches (heated) and fillings to go in baguettes. Unlike Subway where you choose your fillings from individual containers, this shop has the fillings made up and they simply slide it into the baguette of your choice. Cahors even has a Kebab/Hamburger takeaway place, but unfortunately no fish and chips. My choice for lunch today is a salmon and spinach quiche, which I ate before taking the photo so I stole this photo below. Mine was similar in looks but you could see the real salmon, not tinned, and the crust was thinner and crispier. 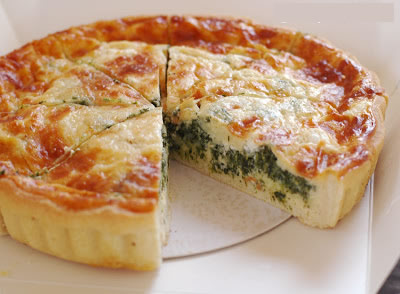 We did the shopping with not too much hassle as we are becoming experts on the difference between chicken and turkey now. Our vegetables still alternate between being produced in Spain and France, however we did save some air miles by not buying the onions produced in New Zealand. French word of the day Nouvelle Zelande, which we all know is New Zealand. However when the Tourism Office etc ask you your nationality for their statistics, just say New Zealand; they understand that but can’t understand Nouvelle Zealande.

Because Cahors has 25 secret gardens I am going to try and feature one every day on the blog. Yesterday was ‘The Witch and the Dragon’ No. 15 (as per the Tourism Office’s numbering system). Today’s is No. 22 The Smugglers Garden: The largest secret garden built over 4 terraces and overlooking the high entrance to the city of the Middle Ages. The first level had vine covered tunnelled pergolas, the second level had bush lined meandering paths and curvy lawns, the third a formal straight lined path and lawn to a square garden and the fourth level was boxed tussocks and grasses. I think the name “smugglers garden” comes from a combination of the river port, the entrance way to the village and the ability to hide in the bushes surrounding the path. All levels were occupied by young people sitting and chatting. 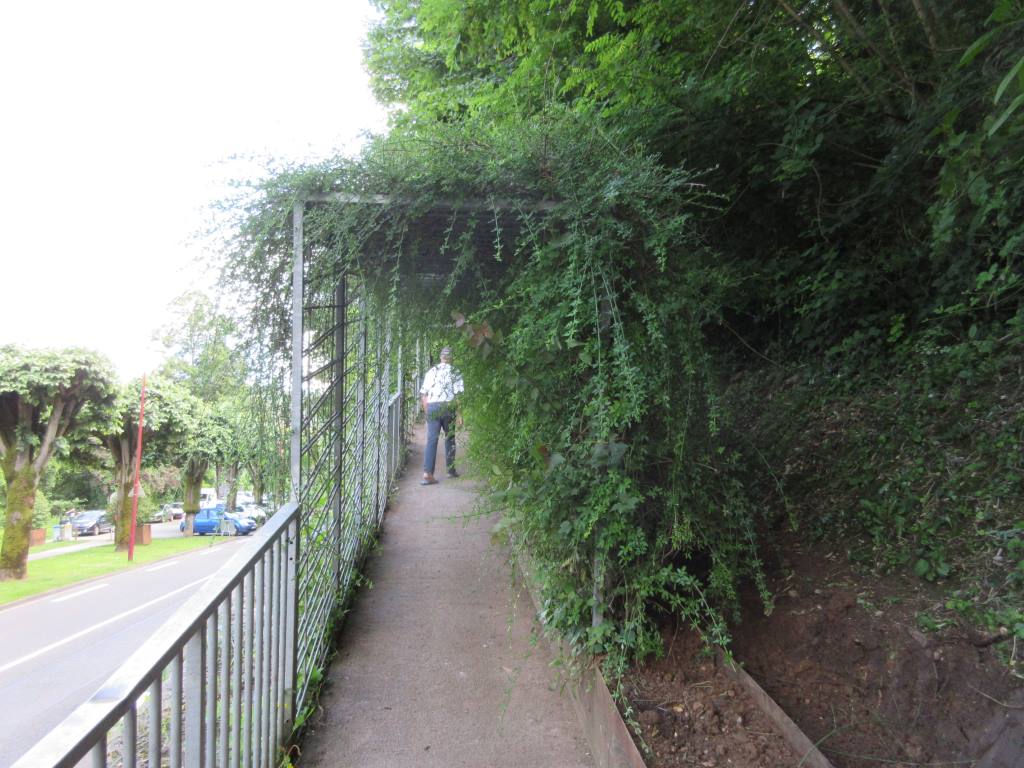 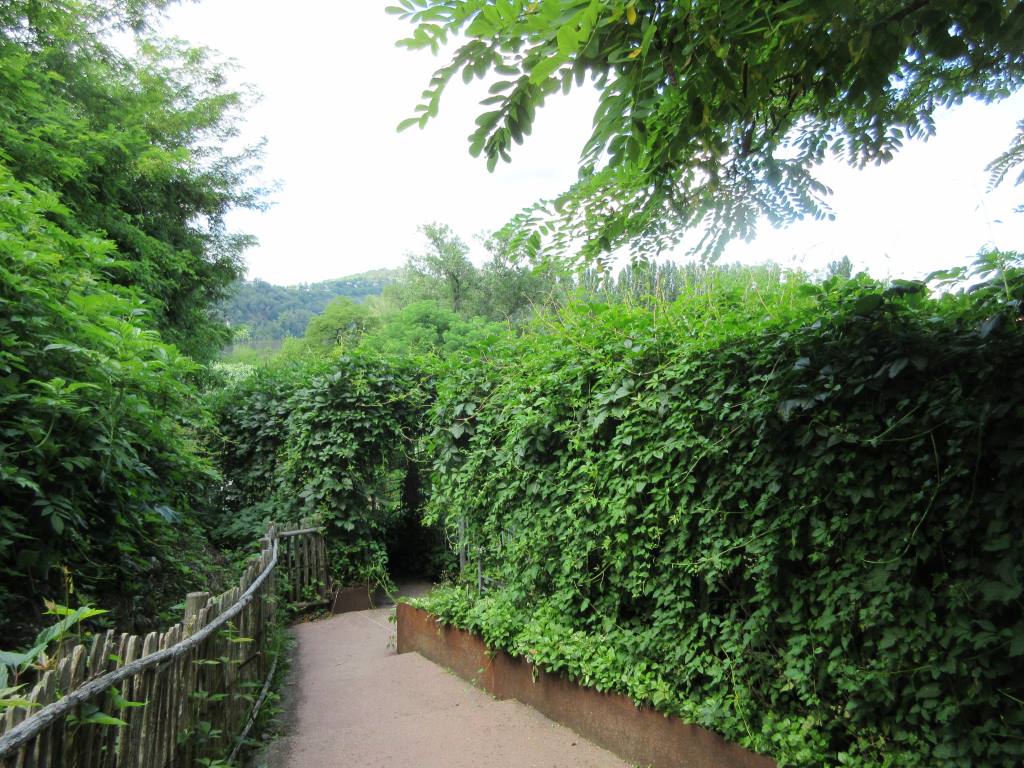 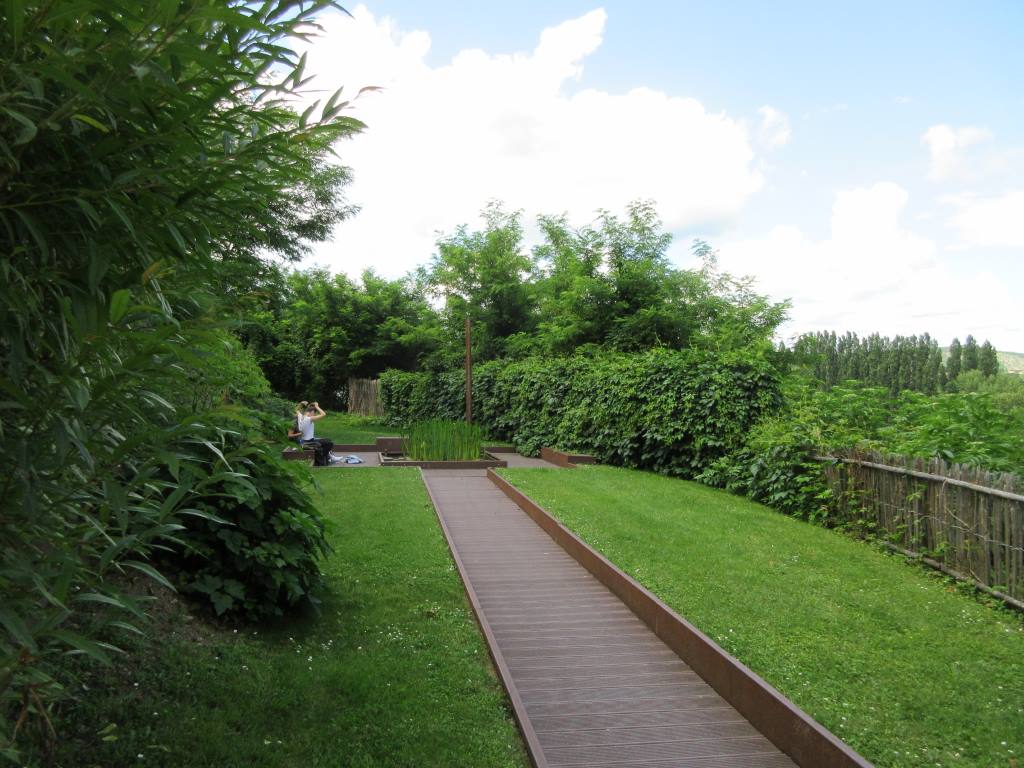 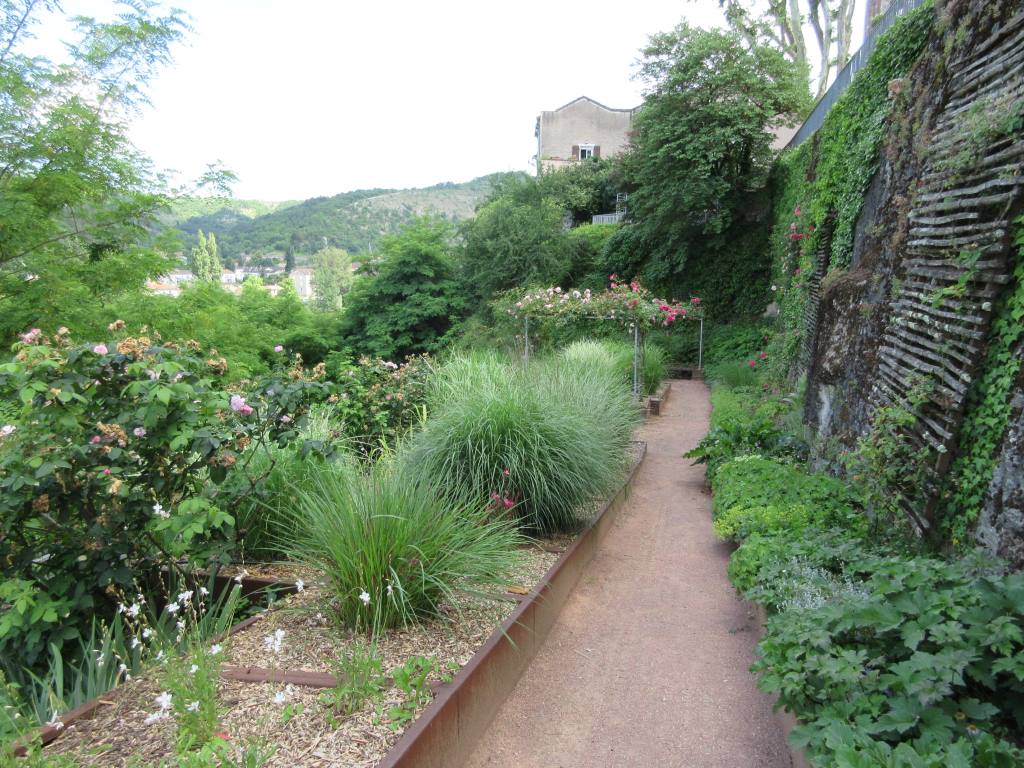 We walked up from the river’s edge to view the garden because somebody, not me, wanted to practice walking from home to rowing. Unlike Karapiro it is quicker to walk to rowing than to walk to the car and drive. Unfortunately French translation meant we were there on the wrong day, so Roger will have his chance to improve on his route and walking time tomorrow. No photos of rowing today, so you have one of our many garden cats. 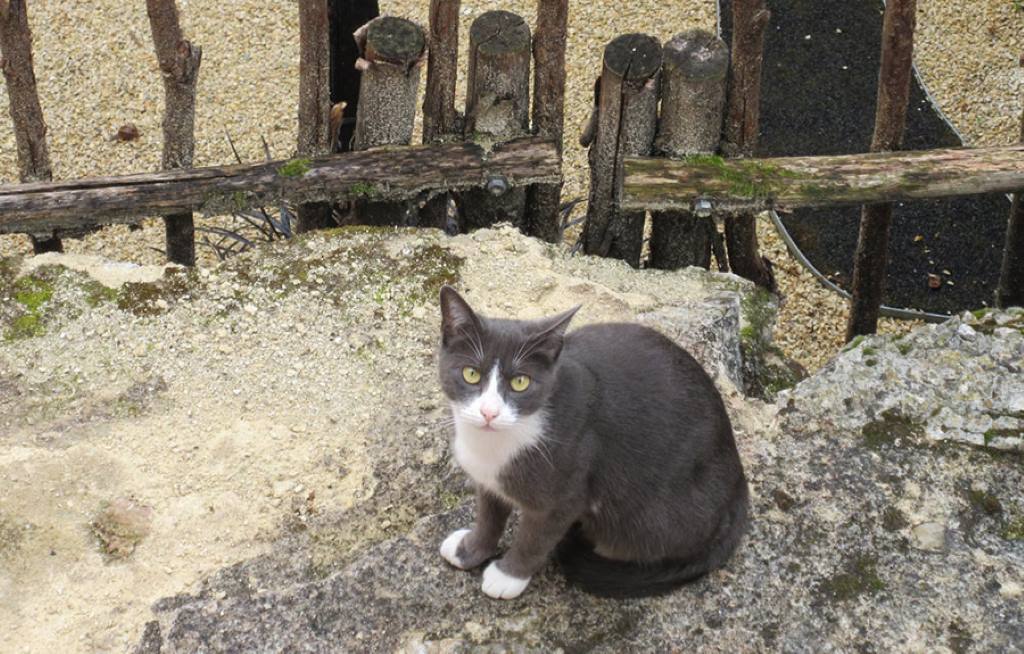