Today’s town and Geocache is the very small village of Guizengeard, known for its white clay quarries. No longer used, the quarries have filled with water and are now nature reserves.  The track signs indicate wildlife you might see, however we never saw the yellow spotted turtle, the otter or the rainbow coloured bee-eating bird from Africa. We did see lots of mud, pumice sand and gorse.

There are 2 water filled quarries, one a distinctive blue colour and the other green, very similar to Rotorua’s blue and green lakes. As the white clay cliffs contain iron (as you can see in one of the photos), it oxidises and leeches out, turning the streams a rusty brown colour. Apparently because the water is acidic, aquatic life doesn’t develop and therefore there is nothing on the water’s surface to absorb the sunlight, so the lake maintains a turquoise reflection. Over time the greener lake has become less acidic, aquatic life has developed and the water absorbs sunlight and appears darker. Here concludes the end of today’s botany/biology lesson. Unless of course you are interested to know why Green and Blue Lakes in Rotorua are different in colour, supposedly because Blue lake has a pumice bottom which the sun reflects up and Green lake has a sandy bottom. 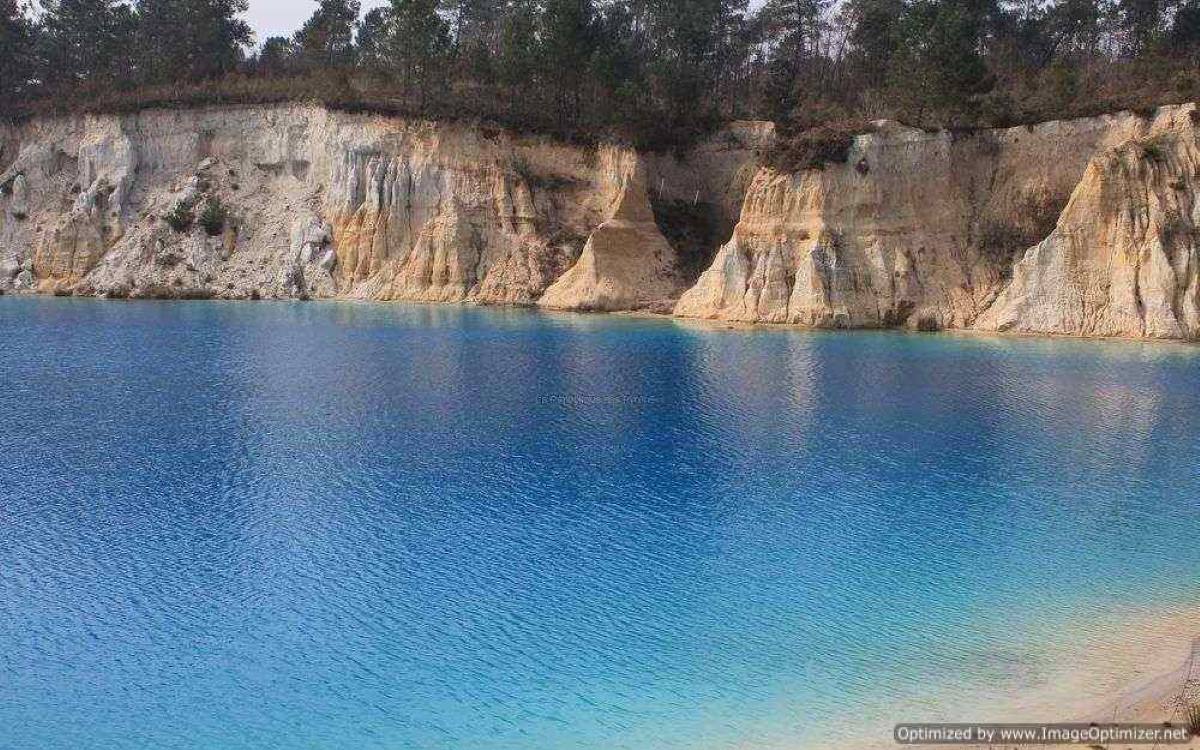 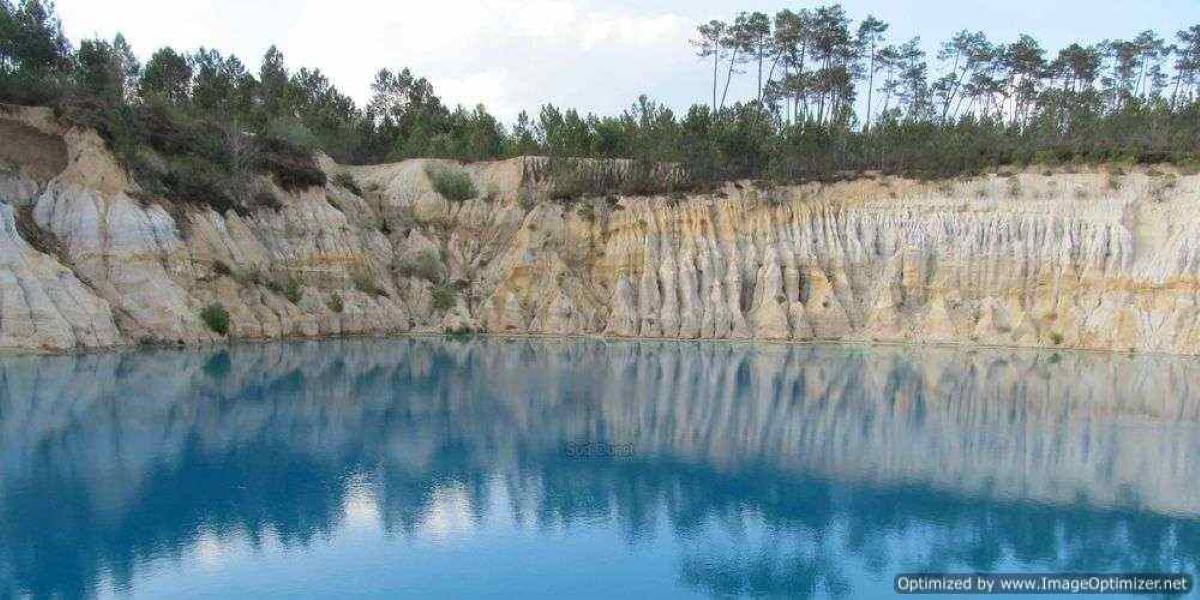 The track comes out at the 12th century Saint Jean-Baptise church. The original building was constructed as a priory for the Knights Templar and has continued to be maintained.  Each day we pass signs of old pilgrim tracks and villages and churches set up for them to rest on their spiritual journey to a holier place, visit the Pope in Avignon or to join a Crusade. In contrast today we saw a high speed train going towards Spain probably over the same lands that the pilgrims once walked. If you thought the practice of walking for a spiritual or life-discovering reason was long dead, then consider our French landlady, as she not only walked the Camino de Santiago, an 800km pilgrim trail through Spain, but walked to it from her home in France. 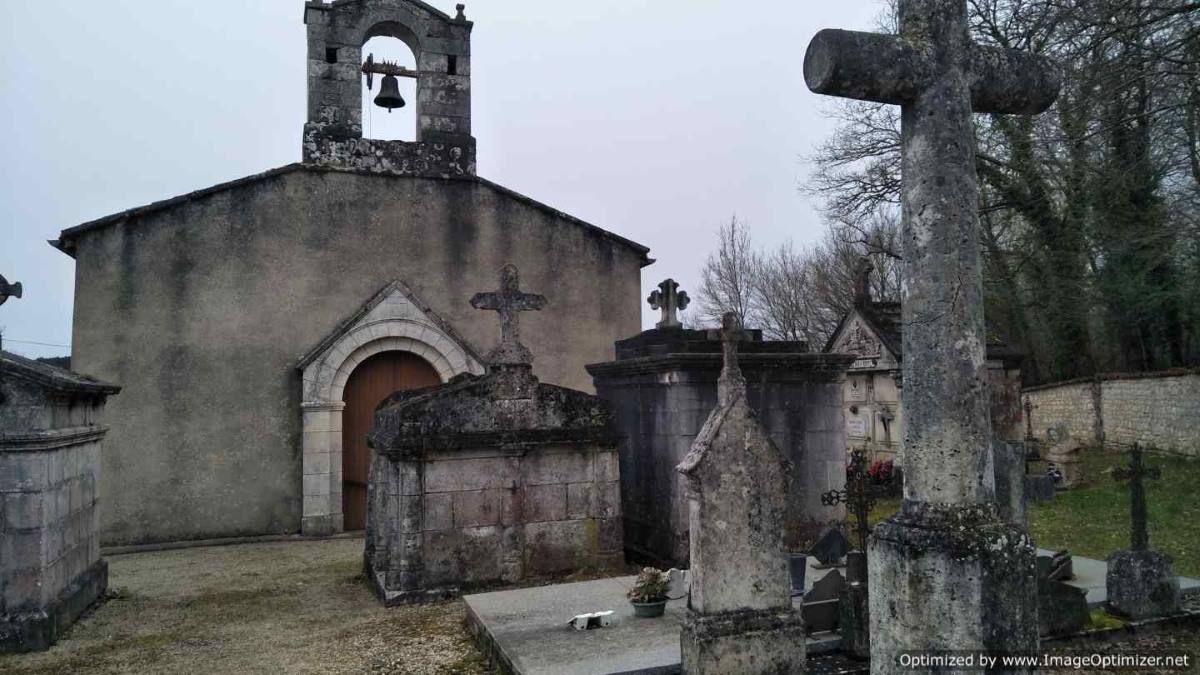 Today’s taste of France was going to be at a café so Roger could find his ultimate French espresso that is sadly lacking in Aubeterre. However Chalais shuts their cafes at lunchtime so we went to the supermarket and bought pastries. I had a South West France Cornuelle, an isosceles triangle shaped pastry with a hole in the middle, adorned with anise sweets. They were traditionally eaten around Palm Sunday as they have various religious symbolisms in their structure. Pagans have now adopted them so they are available all year round; mine was a custard-filled pastry similar to that of a custard square, with almond and cherry flavoured sweets on top (see partly eaten sample in photo). 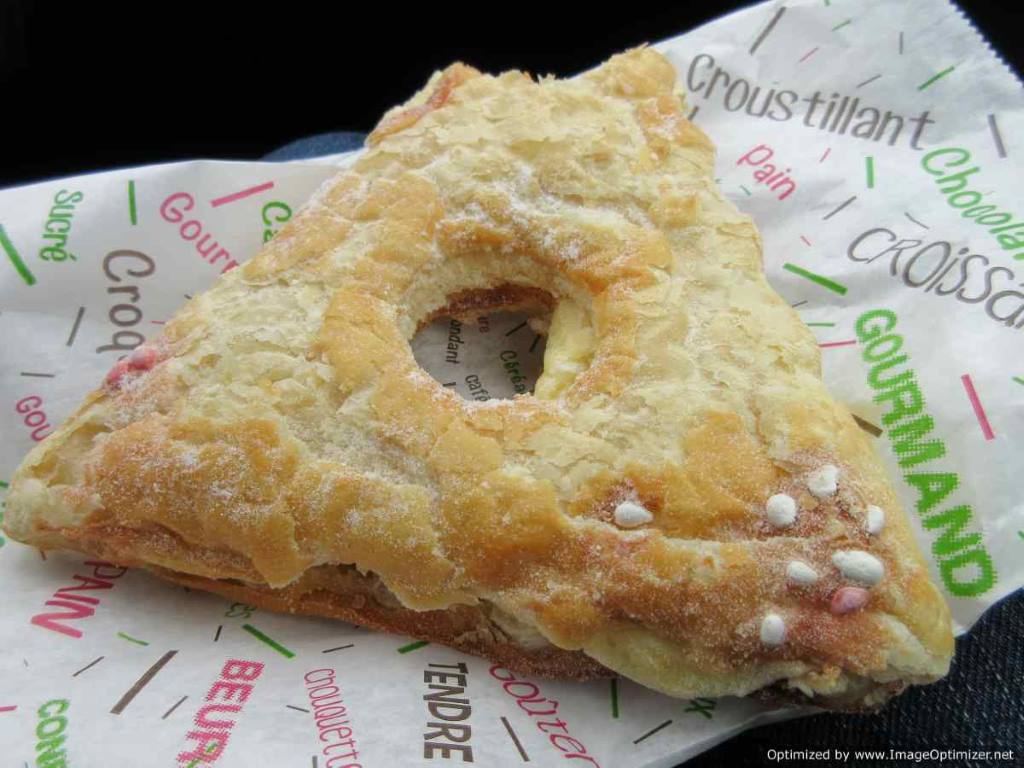 French word of the day is "Maison de Retraite" = Retirement Home. After driving around Chalais trying to find somewhere to eat or that was even open, we found it was all happening at the Maison de Retrait; luckily for us we didn’t stop for a pureed roast.