Another night of thunderstorms, followed by morning drizzle, didn’t stop us proceeding with our planned geocaching day in the town of Penne d’Agenais. Luck would have it that we didn’t get more than 10 minutes out of town when the drizzle stopped and the skies cleared so we actually had a pleasant day caching, walking and sightseeing.

Our second cache was at Montaigu-de-Quercy, a beautiful medieval bastide town that still has houses from the 1700s inhabited and well maintained. The church had obviously had huge amounts of money spent on as it was very clean on the outside with no signs of deterioration; the interior did look a little strange with its aisle of chandeliers. Montaigu is a holiday resort in the mountains with a manmade lake, beach, campground and activities centre. Like the chandeliers in the church, the beach in the hills just looks wrong. 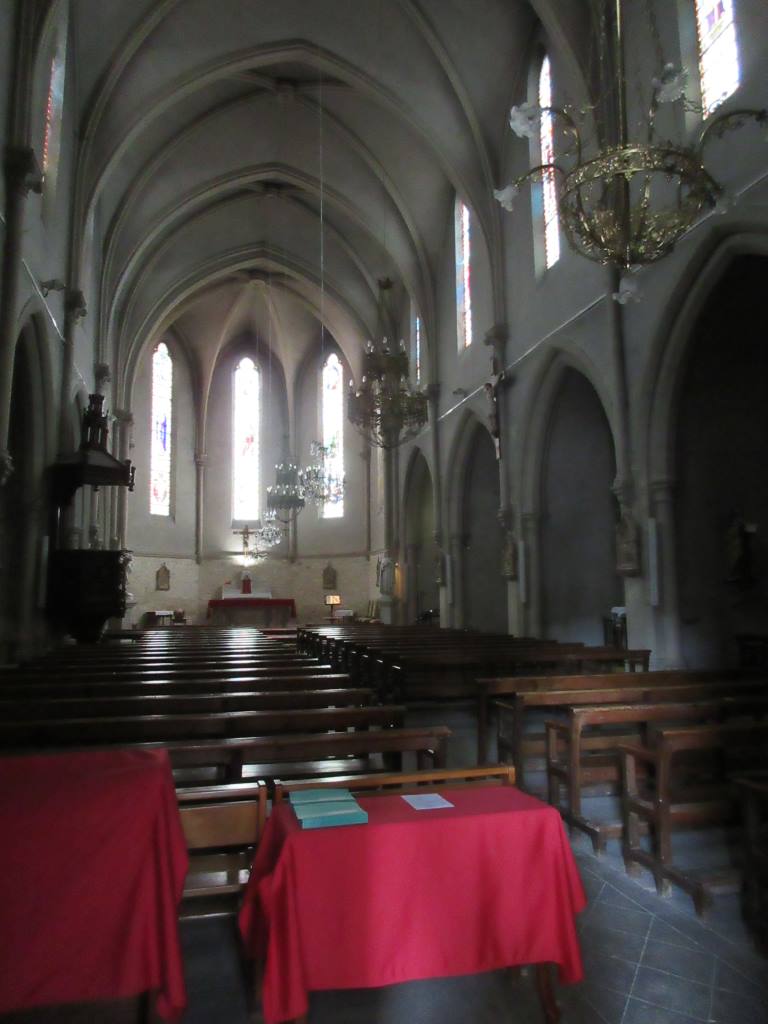 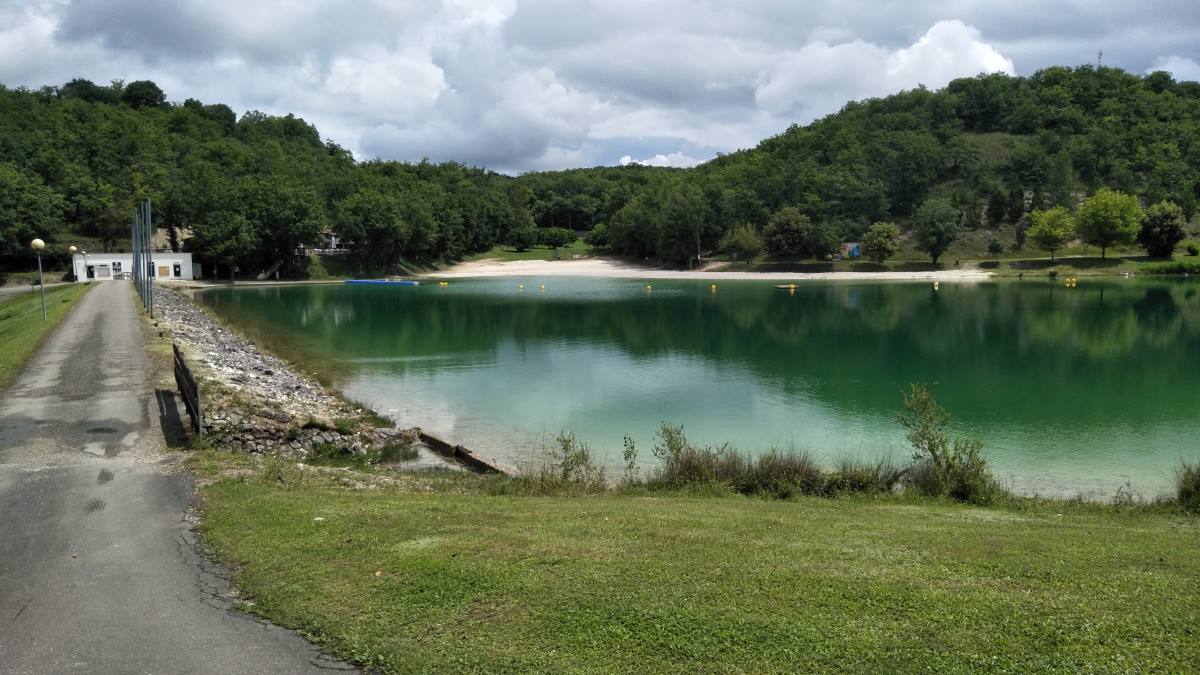 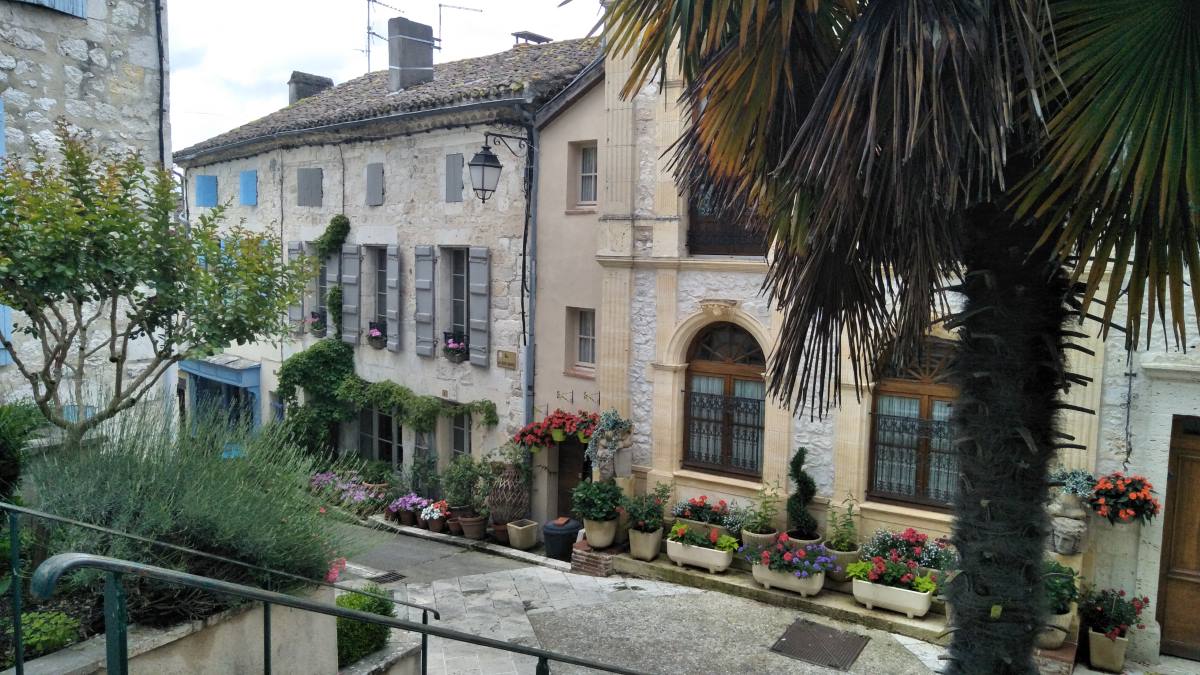 The next five caches were at the medieval bastide town of Penne d’Agenais. Richard the Lionheart made the small village famous when he turned it into a fortress, after realising its strategic positioning. The town is built on a hill overlooking the valley and had the river for port capabilities. The medieval old town still exists on the hill and is well preserved. The new town has been built at the base of the hill around the Lot River. You can visit, for free, the old town, various chapels, the Basilica Notre Dame de Peyragude, Richard the Lionheart’s gate and castle ruins, and a prune factory. Our caches took us to all of these places, plus into the forest on the Santiago de Compostela Trail. The church in the photo looks relatively newer than the Middle Ages because the many territory and religious wars destroyed the fortress village. The church was repeatedly rebuilt and even after the French Revolution further money was invested due to the belief in the spiritual powers of the area. Apparently during the plaque, when other areas were stripped of their population, this village was unaffected and therefore is now a shrine for pilgrims. 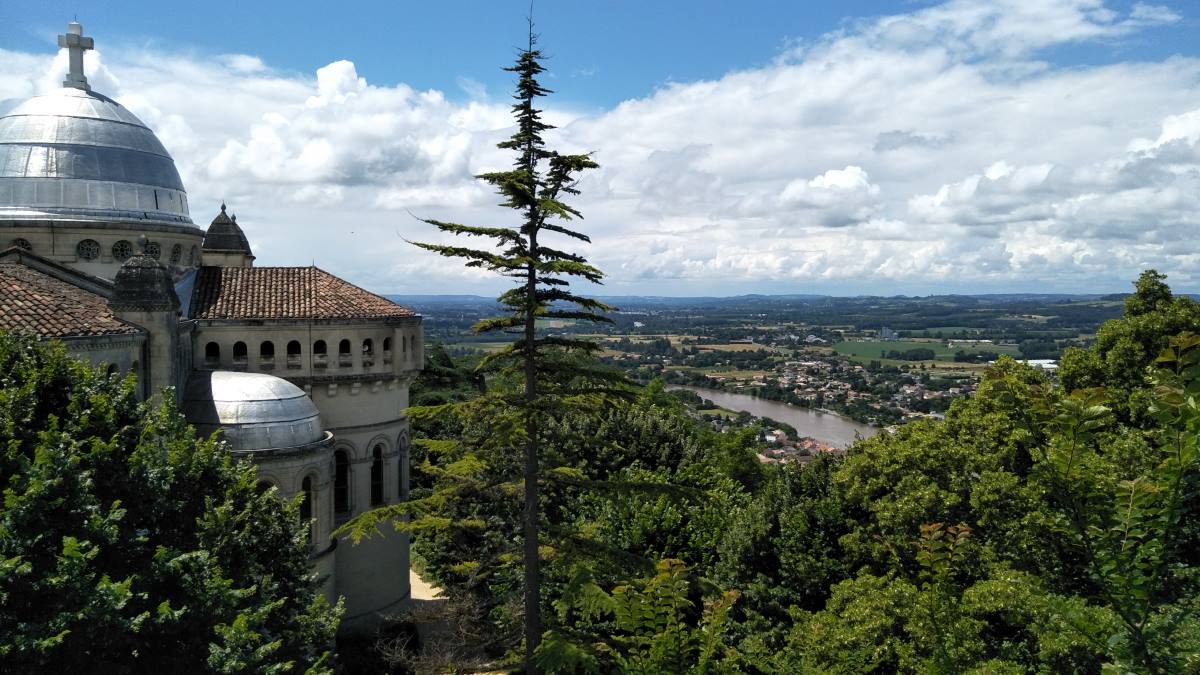 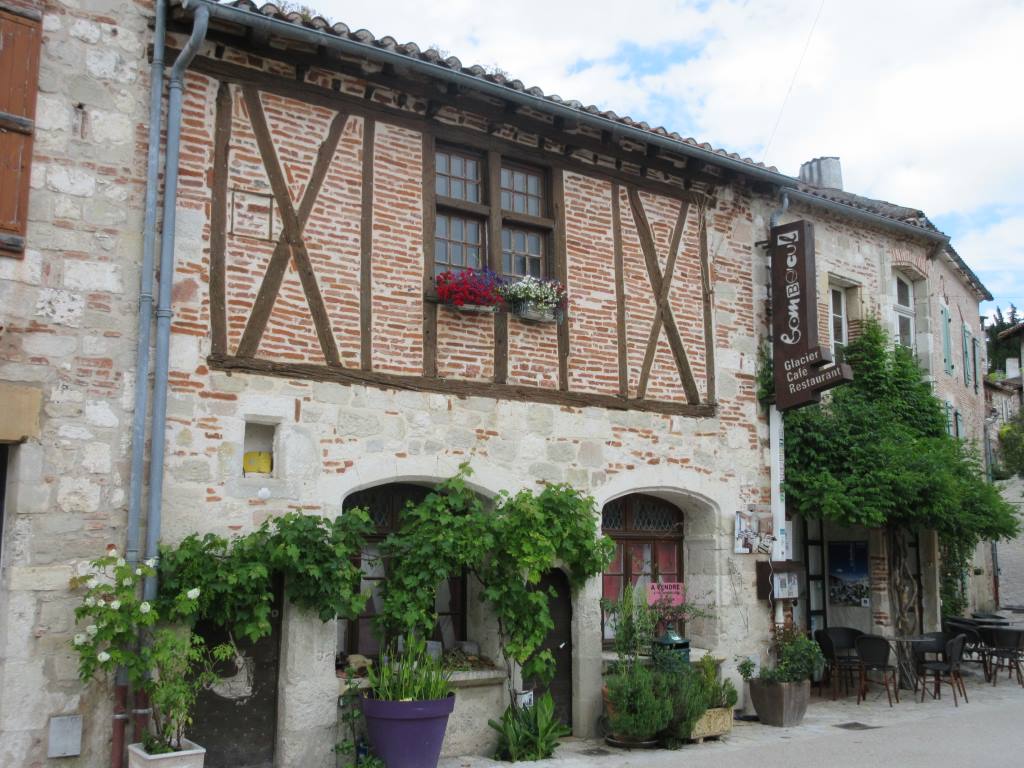 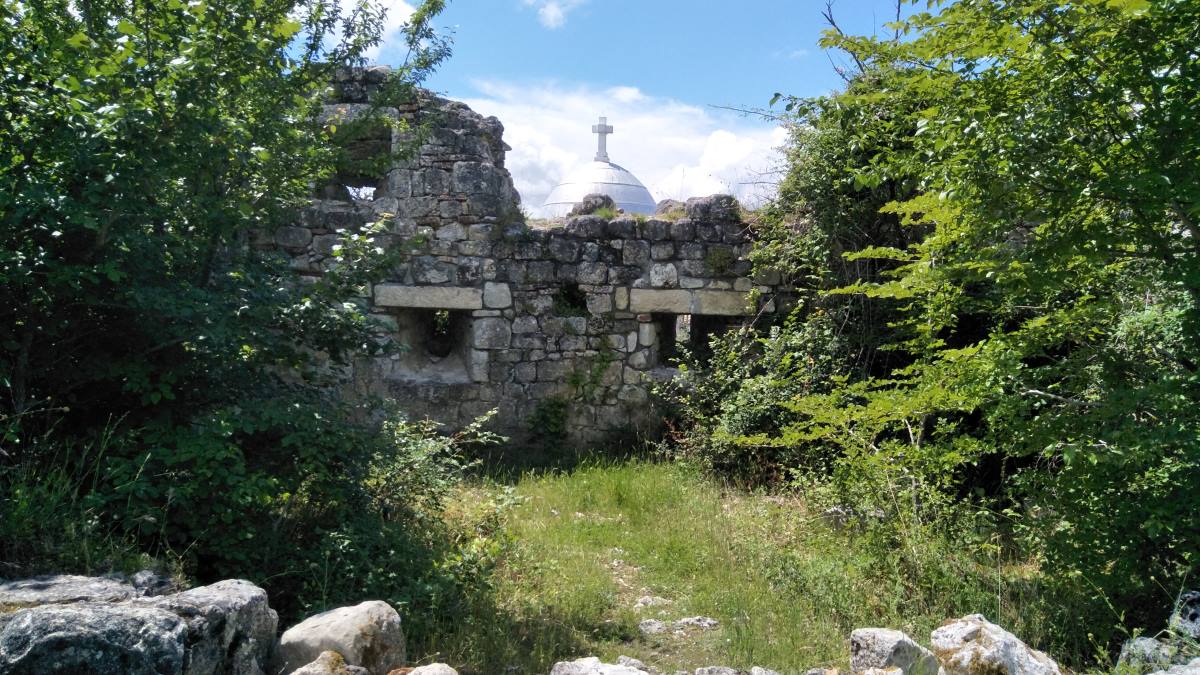 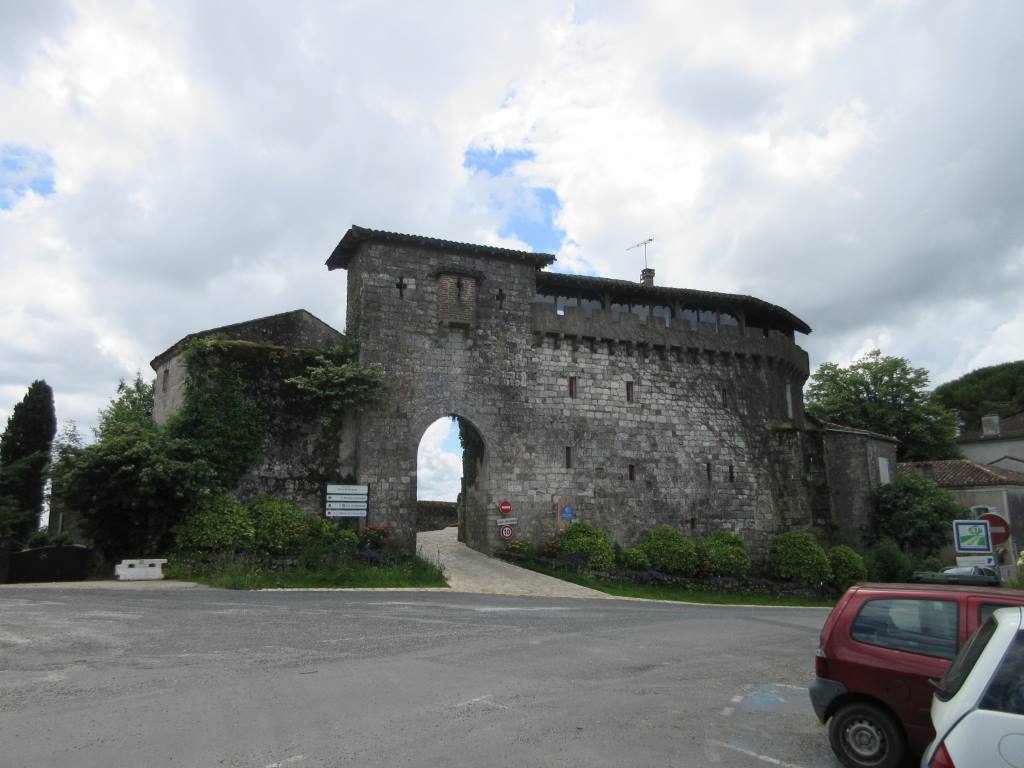 The last cache of the day took us to a small train station on the edge of Penne d’Agenais. It is significant as it is the place where the French handed over 1,200 prisoners to the Nazis. They were transported to the Dachau Concentration Camp on the 30 May 1944, and we all know what happened next. These prisoners were not Jews, they were people who had resisted the rule of the Vichy State, supposedly lead by the French, but effectively controlled by the Nazis. Fifty years on from WWII the town erected a memorial carrying the 1,200 names and restored one of the wagons that carried many to the Nazi death camps. 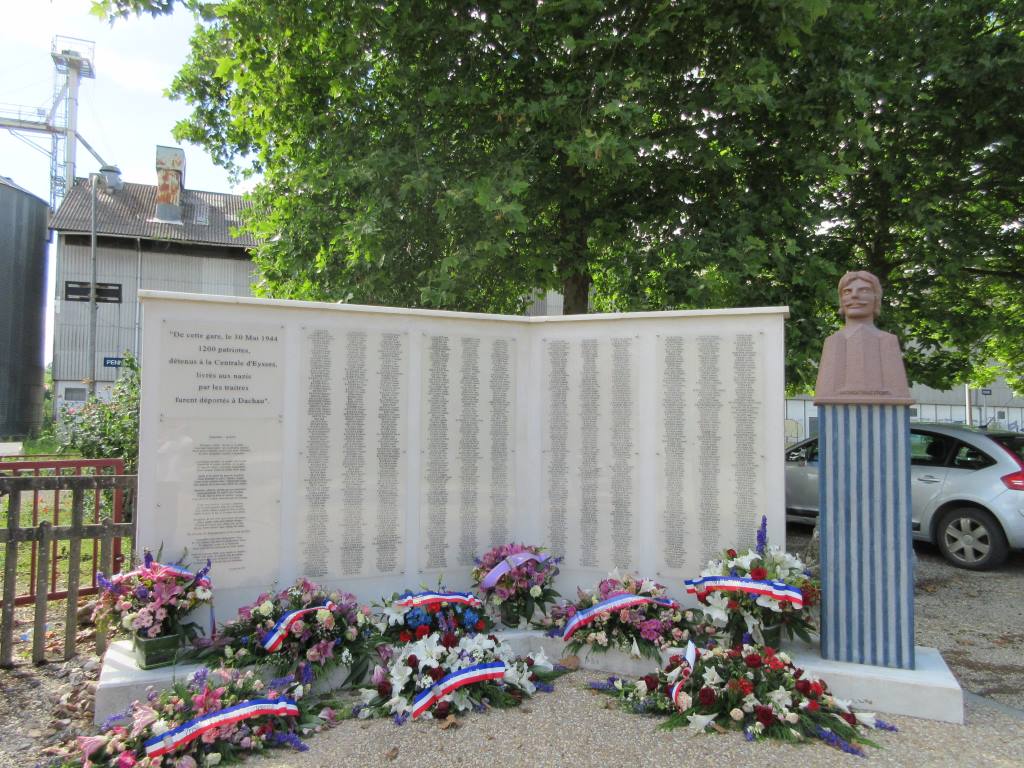 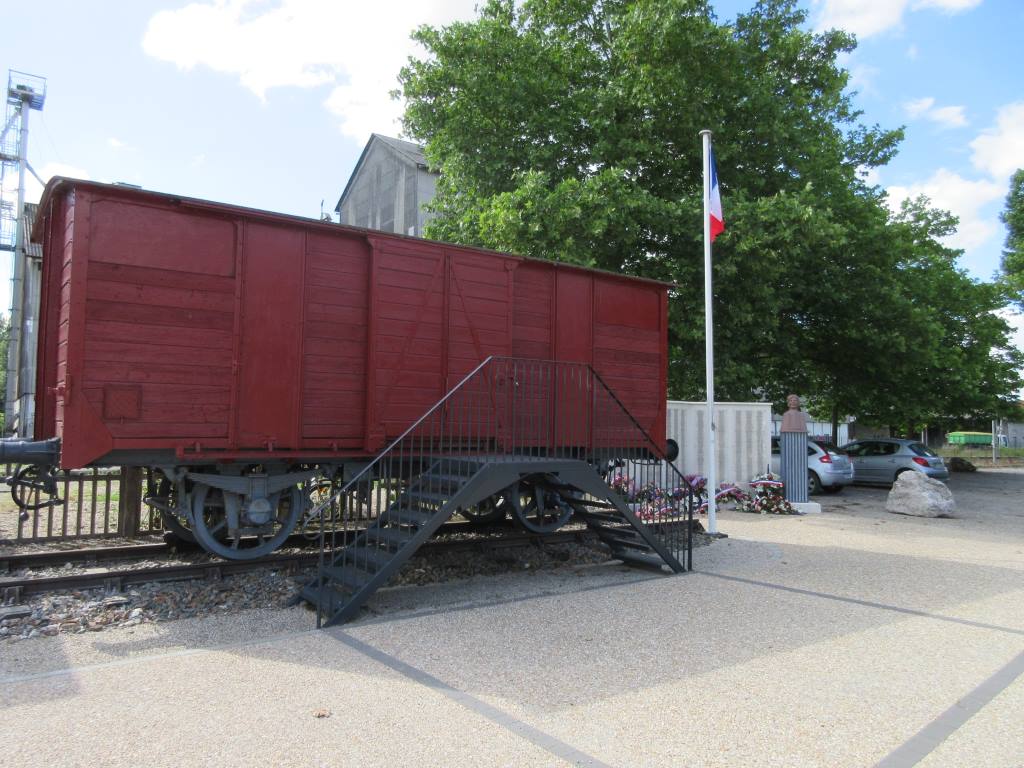 Taste of France is brought to you by Agen Prunes, good for old people supposedly. We even paid an extra Euro to have them pitted. French word of the day ‘denoyautes’ = pitted. 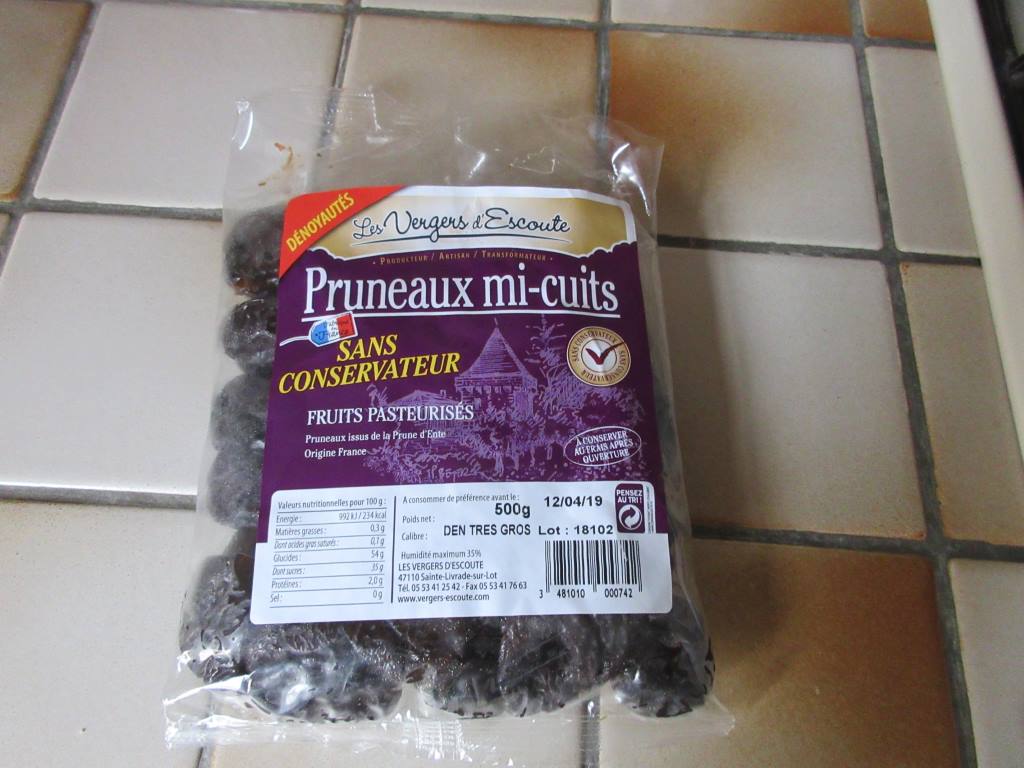 Caching over we headed home via Tournon D’Agenais, another bastide town. However this town, not having the river at its base, has remained a true bastide and has not spread down the hill. English King Edward I initiated the bastide formation but didn’t contribute any creative ideas to the names of the entrances or gates. In Penne d’Agenais the gates are named after people like Richard I; in Tournon they have names like ‘Goose Hill’, lack of imagination meant they took the name of the immediate surroundings. There are two photos below one of the town and one of the views which clearly show rugby is more popular than soccer - no nets here! 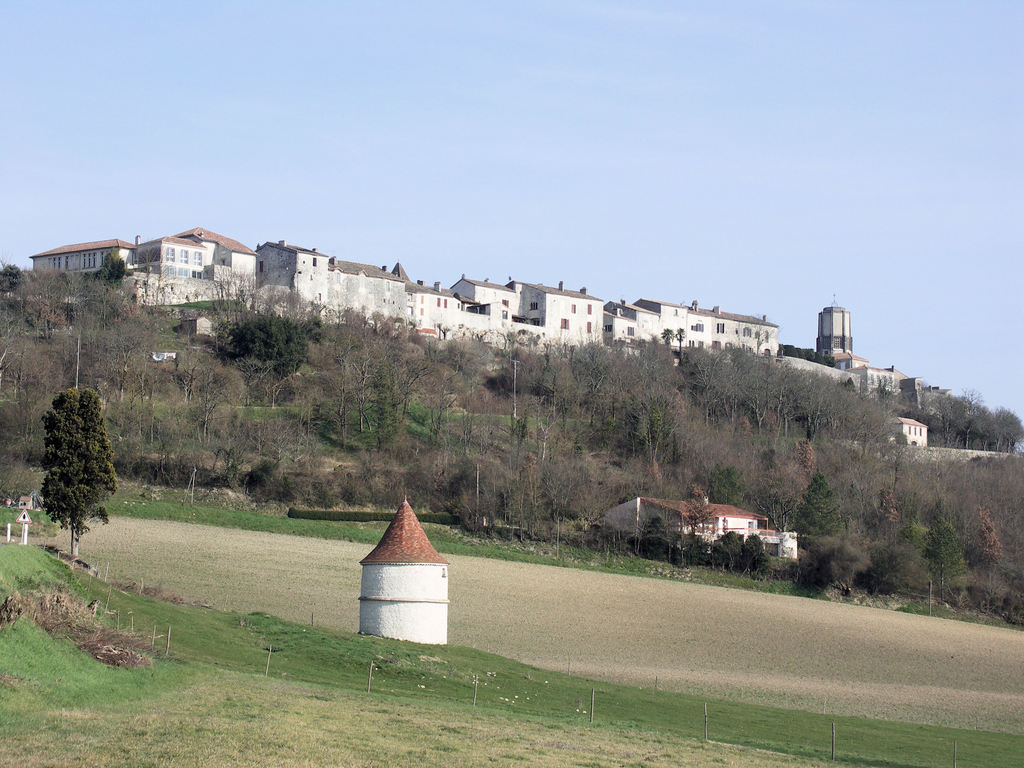 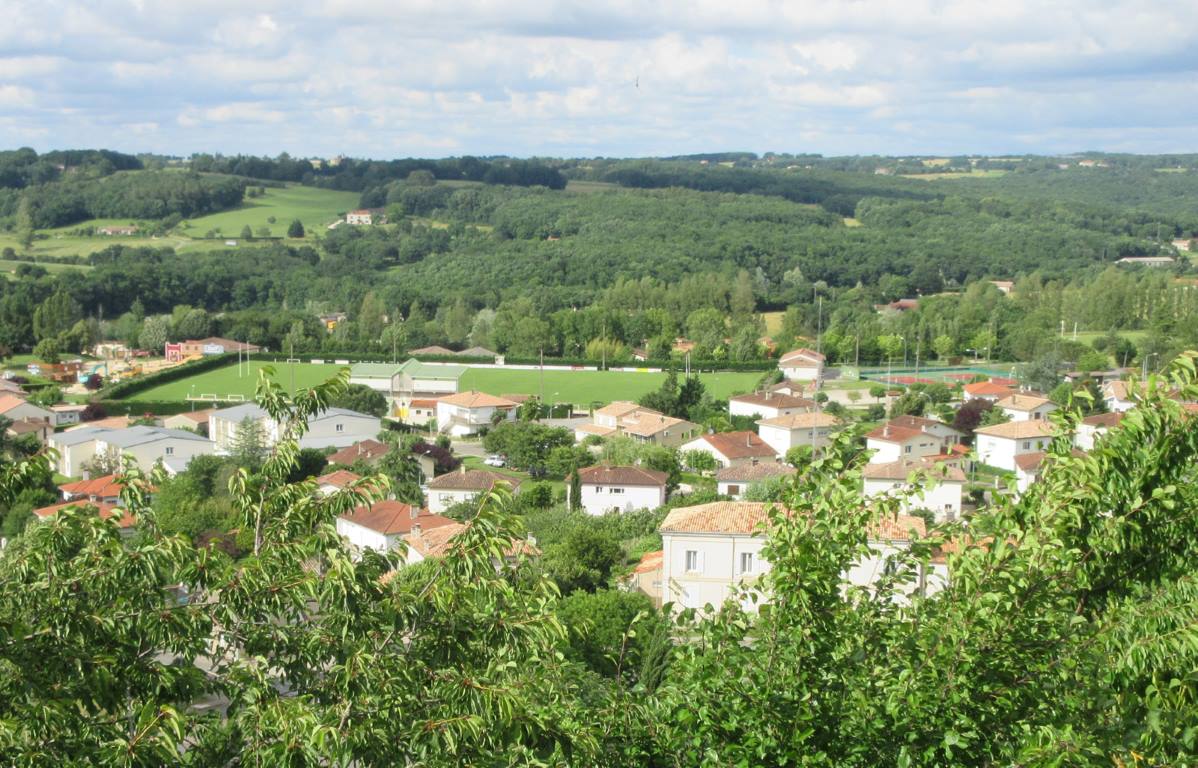 As you can read above in the Middle Ages the river was significant to village life for trade, transport, supplies and for strategic defence. Cahors secret garden No.23 recognises that and is a tribute to the villagers of the past, aptly named the ‘Path of the Peddlers’. There are metal and cane holders, decorated with food producing plants such as herbs and vines. 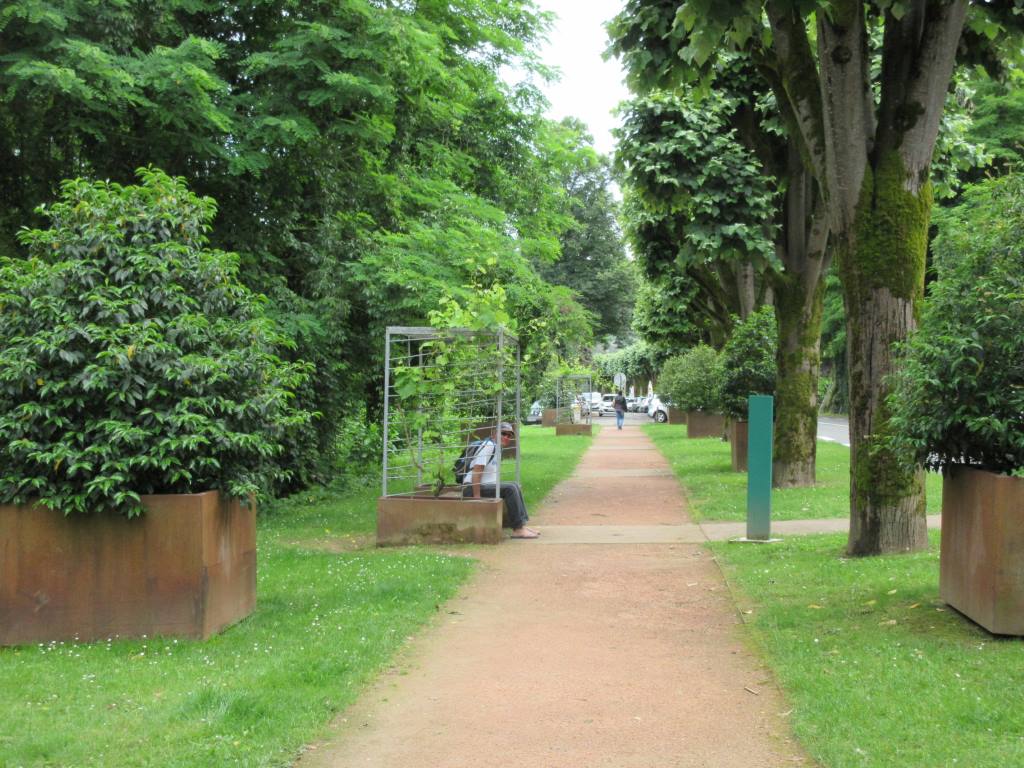