Today we embarked on a trip to the big city of Toulouse; I’m going for a bit of history and geocaching, Roger for the Canal du Midi. Large city, large prices, it took 90 minutes and NZD24.00 tolls (return) to drive there by toll roads and another NZD20.00 to park for 4 hours. We did however choose the most expensive car park right under Capitole Place.

Our first stop was Place du Capitole with its large buildings and Occitane Cross inset in the ground. The buildings around the Square were constructed from the 18th century after they cleared out all the old historic buildings. The Occitane Cross is the symbol of the area and has 12 balls on the points to represent 12 Apostles, 12 months, 12 Zodiac signs, 12 hours, basically whatever you want to believe it stands for. I was going to do a puzzle cache based on them but that was too hard. 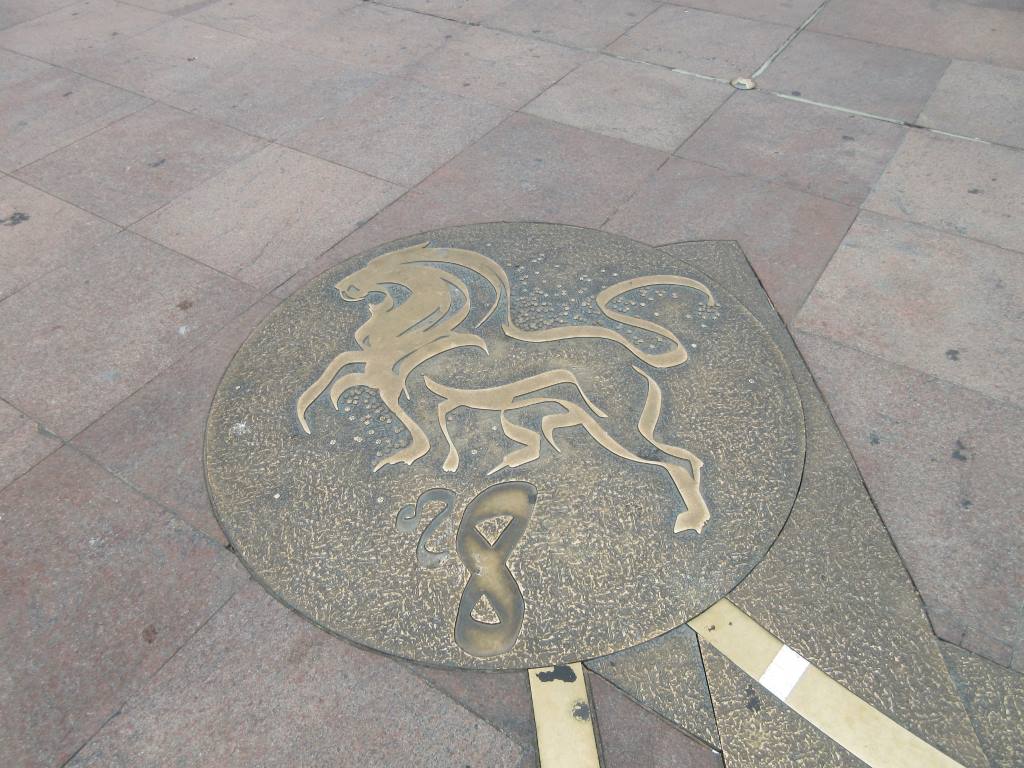 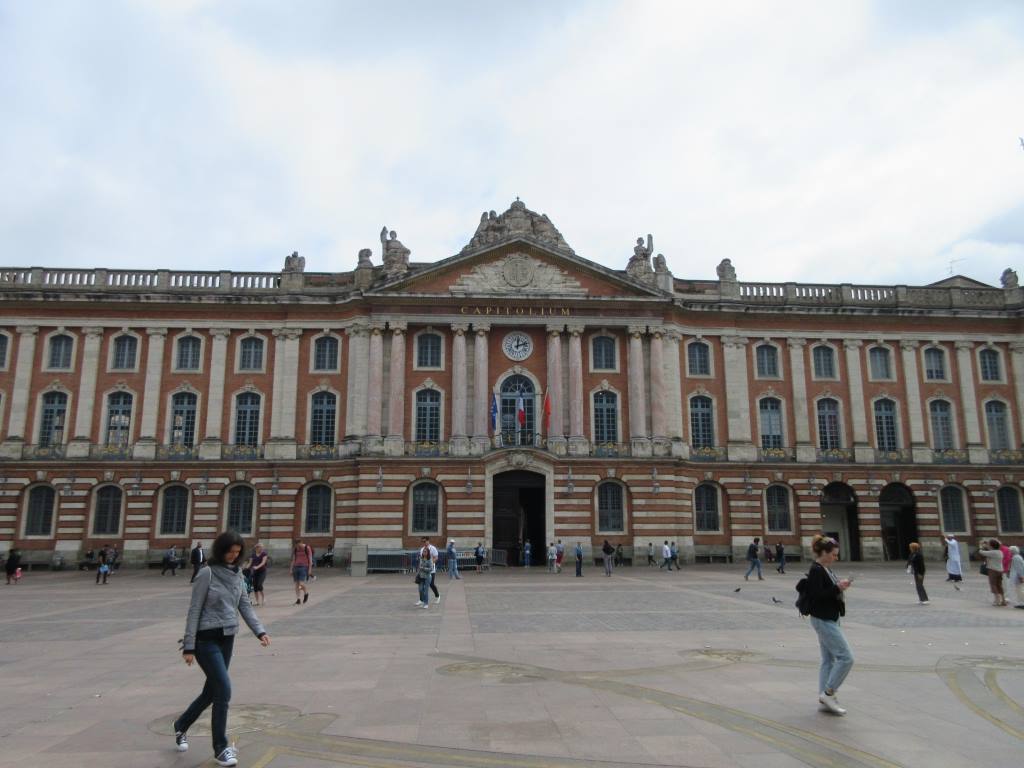 After passing security we were allowed to go into some parts of the Capitole building. The free museum is an exhibition of art from past locals. They were all a bit too big for our house, but that’s Toulouse, everything is large. To solve some of the multi and puzzle caches before I left home I read all about Toulouse and its famous people, so I immediately recognised the significance of some of the sculptures. One was a lawyer turned mathematician, Pierre de Fermat, loathed by most NZ children as he founded a lot of the theories of calculus. 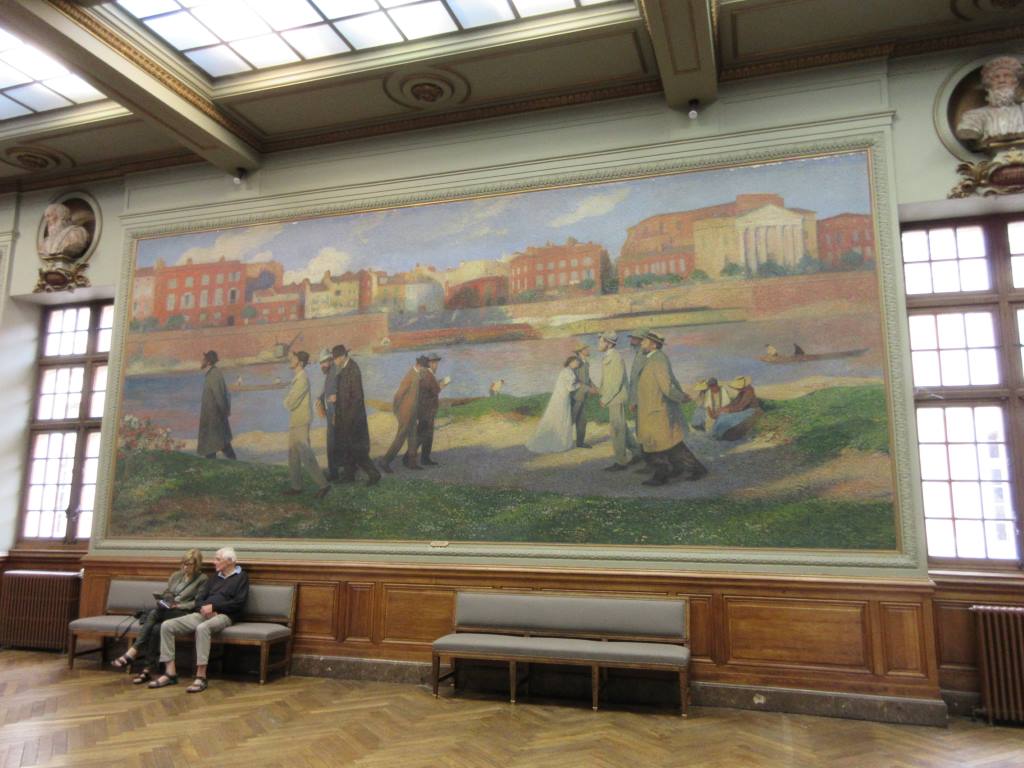 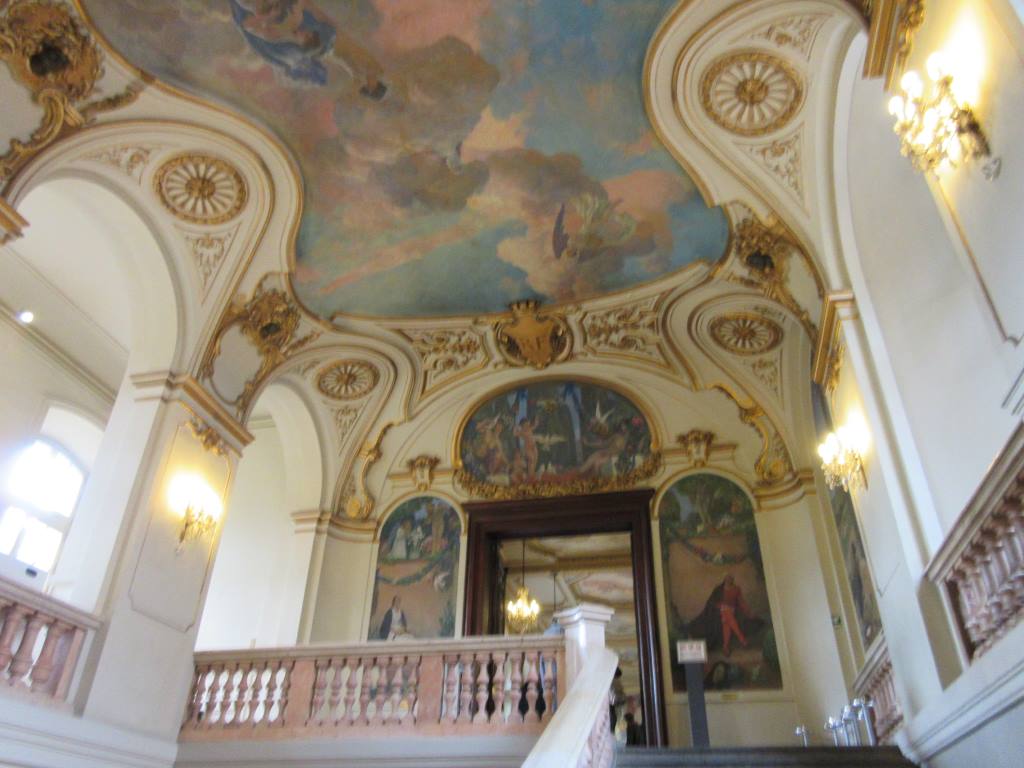 Our next cache was at the site of the Old Ursuline Convent, which like every other building in Toulouse has metal balcony balustrades with lots of fret work. All we had to do was note the letters in the fret work, however even the oldest of us who learned to write like that at school with his ink and quill couldn’t correctly identify the letters. The next cache took us to the school named after Pierre de Fermat, the Jacobin Convent with the famous palm-tree vaulted ceiling and the resting place of Thomas Aquinas. However some of these you can’t visit ever and others not on a Monday, which didn’t matter as I solved the puzzle cache at home. We went to the supposed hiding place in a high muggle area; it was a disgusting back alley where people relieve themselves so that was the end of that. 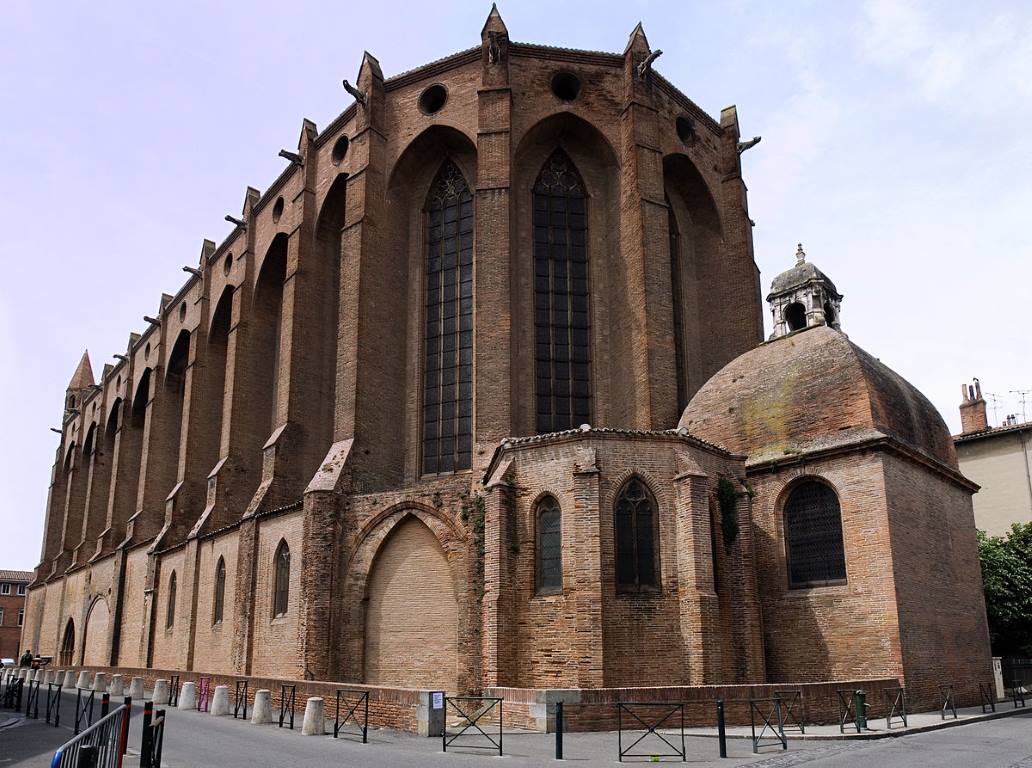 We then set off on a 14-stage multi cache to discover the different periods of architecture in Toulouse. Three quarters into the cache our attention was waning due to heat exhaustion and our inability to find a cache. So we took a side step into the shade of the Royal Gardens for an easy traditional cache. The glory of the find soon disappeared as we finished the 14 stages and still couldn’t find the damn thing. However we did stumble upon the beautiful St Etienne church and hoards of school children doing a history treasure hunt. 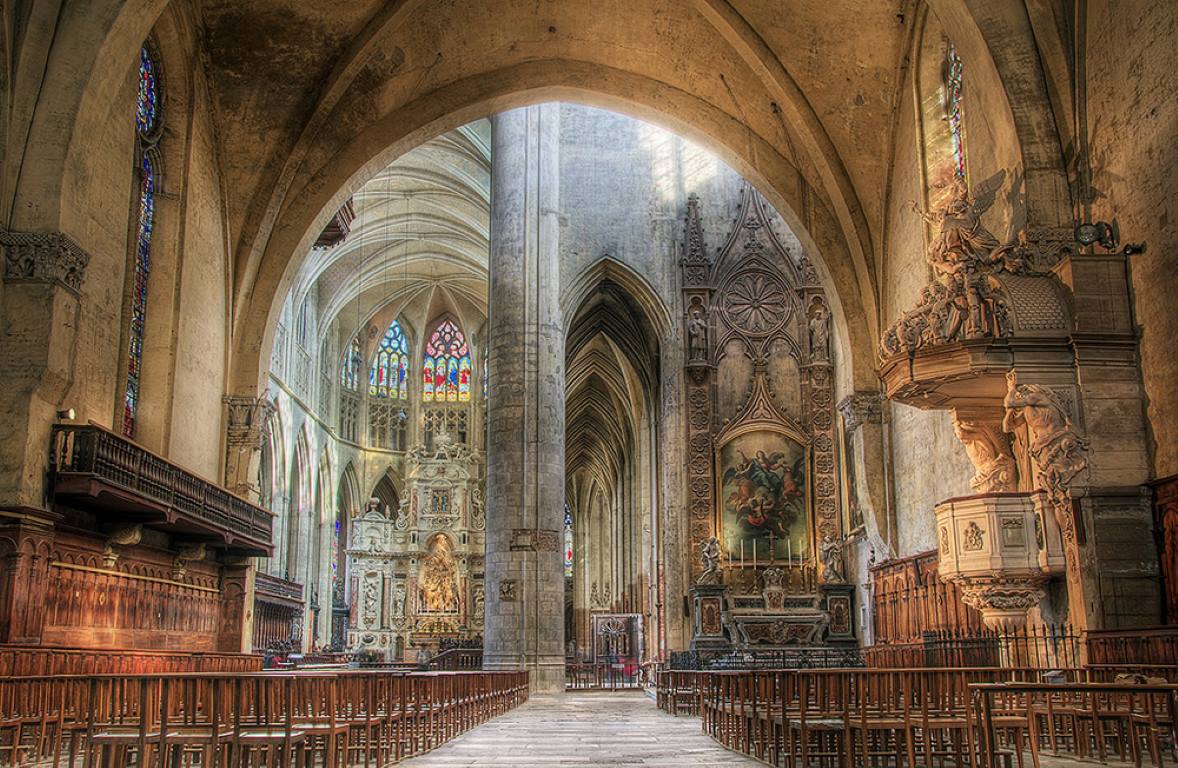 After the disappointment of another failed cache we decided to get out of town and the expensive car park. We parked up at the Canal du Midi and enjoyed our home brought lunch of baguette, cheese and pate. Today’s taste of France - when you aren’t at home and don’t have access to cutlery, France ensures you are not inconvenienced and produces cheese not only sliced, but in baguette shaped widths. 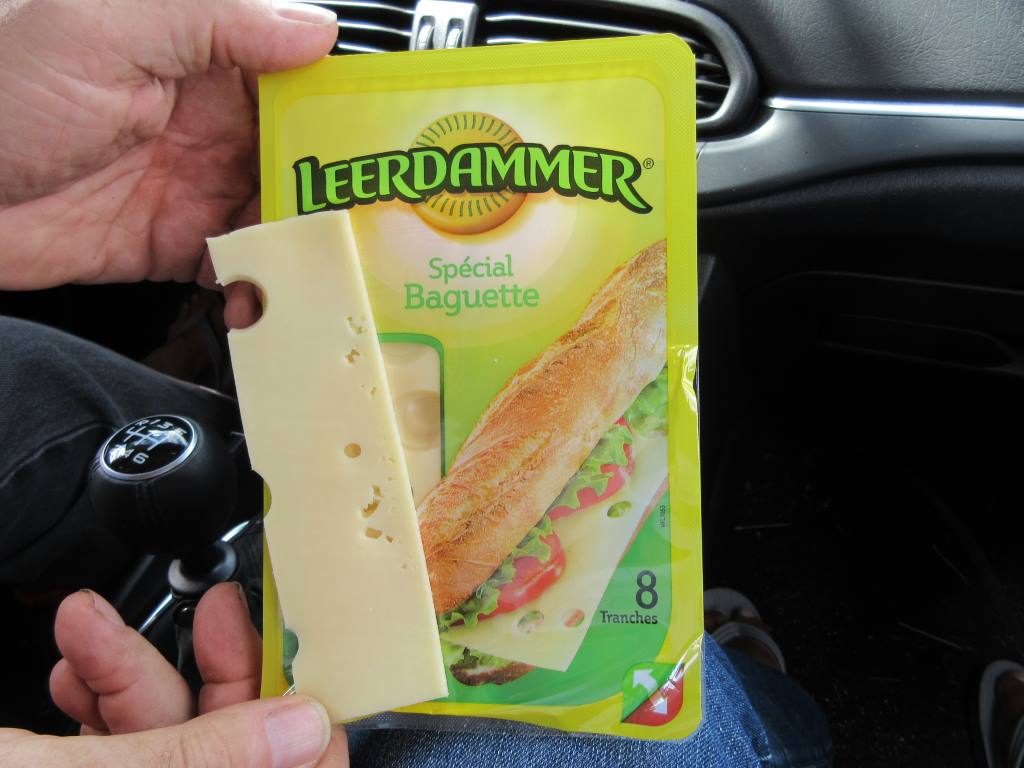 From here we did two more caches on the canal, well 1.5 as the other appears to have hidden itself in a jungle of weeds, long grass and human waste. French word of the day is ‘Peche’, so many signs near the river had this word on it, I thought it was a type of fish e.g. Perch, but lucky for us Roger knew it was ‘fishing’ and we discovered a geocache or it could have been a disappointing day. 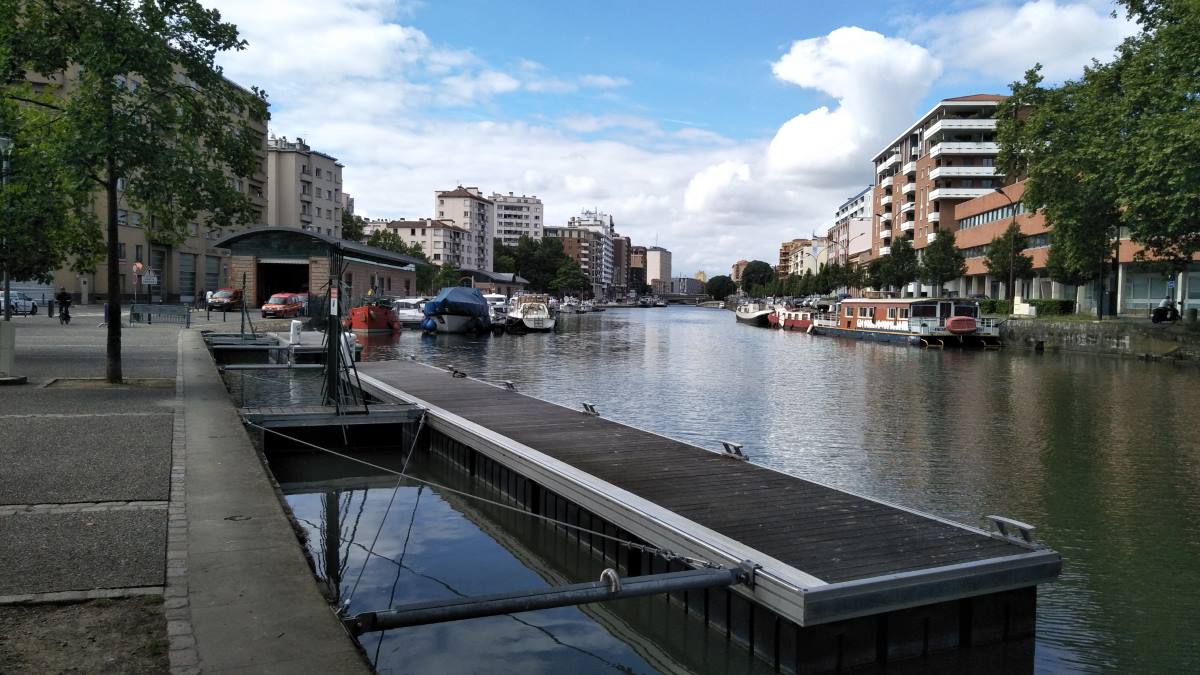 Unfortunately when we got home the power was off, we suspect it has something to do with the demolition, whoops I mean restoration work that is going on around the corner from us. However Cahors’ secret gardens can still be visited with or without power, so following on from the theme of the day of visiting convents, today’s feature garden is No.12 the Benedictine Convent garden. It is placed near the old Benedictine nun’s convent and is surrounded by buildings dating from the 13th century. We have visited it several times to check for English books in the free/swap library. 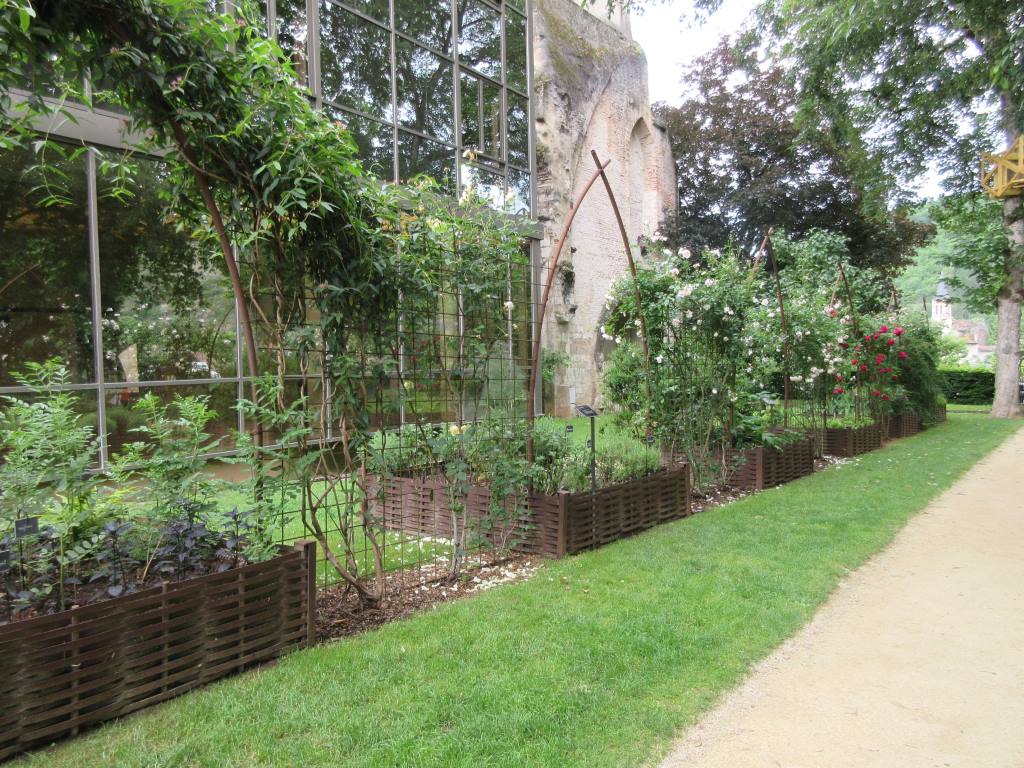