Limoges is the furthest point north east that we will be travelling this trip; it is famous for its porcelain, enamel painted copper objects and oak barrel production. Not in the market for any such things, we didn’t go looking for or find any. We came for a history lesson, a cache and to see a big city garden. We set off on a route, supposedly taken by Richard the Lionheart, which would normally be a two hour drive and planned to come home via one of Frances many National Regional Parks. France has National parks (National nature reserves) and regional nature reserves, as well as protected forest areas. Most of them just look like normal countryside with small villages; however each area has been dedicated to the protection of some element(s) of nature, for example Chamois (goat).

To get to Limoges we stopped for our standard baguette purchase and geocache at a town called Nontron, just like its name sake Hamilton (The Tron) it has a river flowing through it. Actually apart from the Tron and the river it is nothing like Hamilton, as it is really old and small. We spent a bit of time there touring its ancient ramparts, man-made caves, gardens, war memorial, old bridges and some statues which I still can’t figure out, from the geocache description, what their significance was. The town’s war memorial is quite spectacular and as France celebrates Armistice Day on the 8th of May, there is a lot of maintenance being done at most major memorials we have seen. 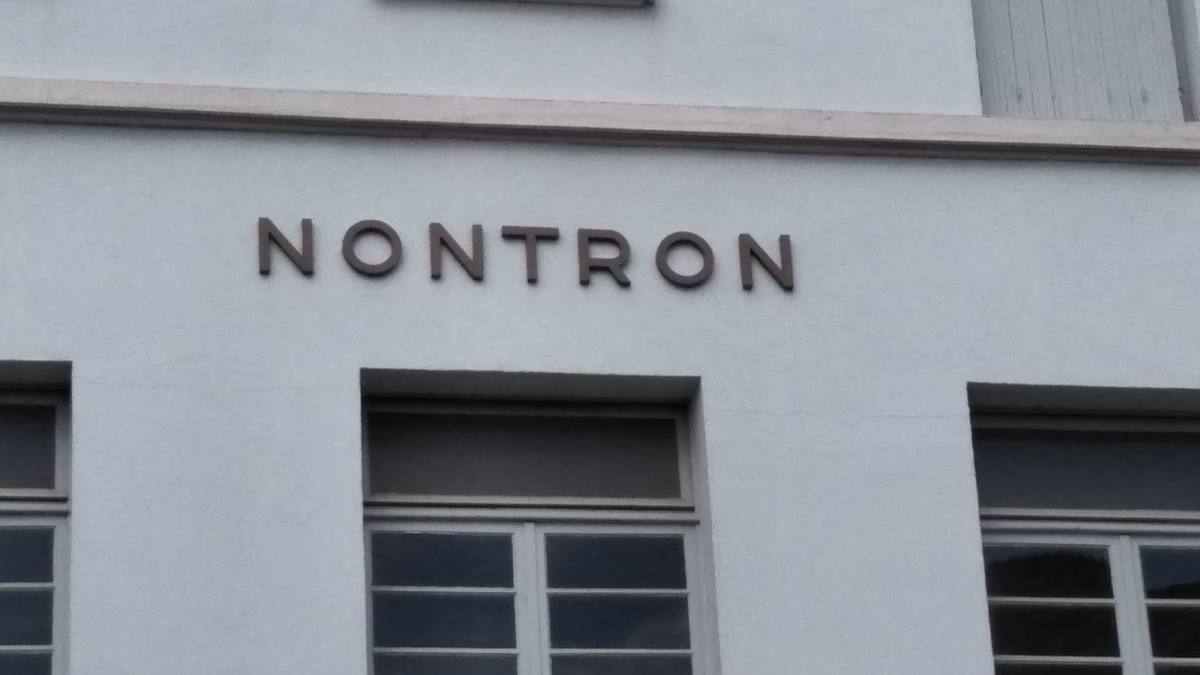 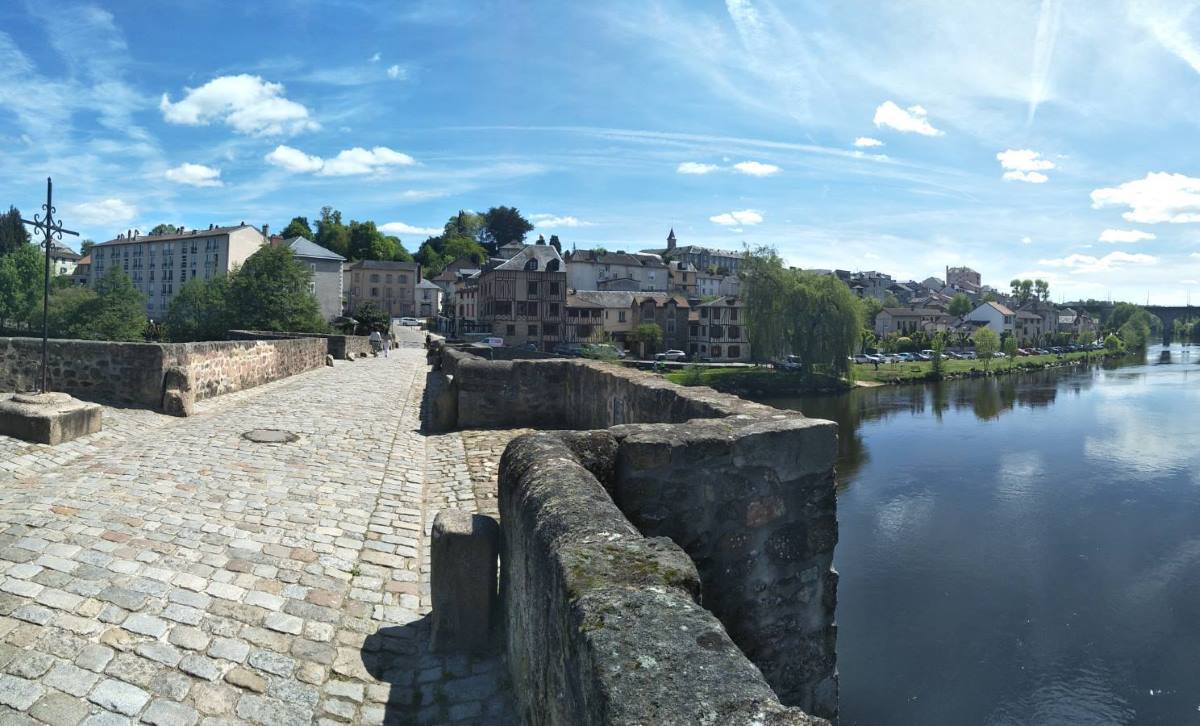 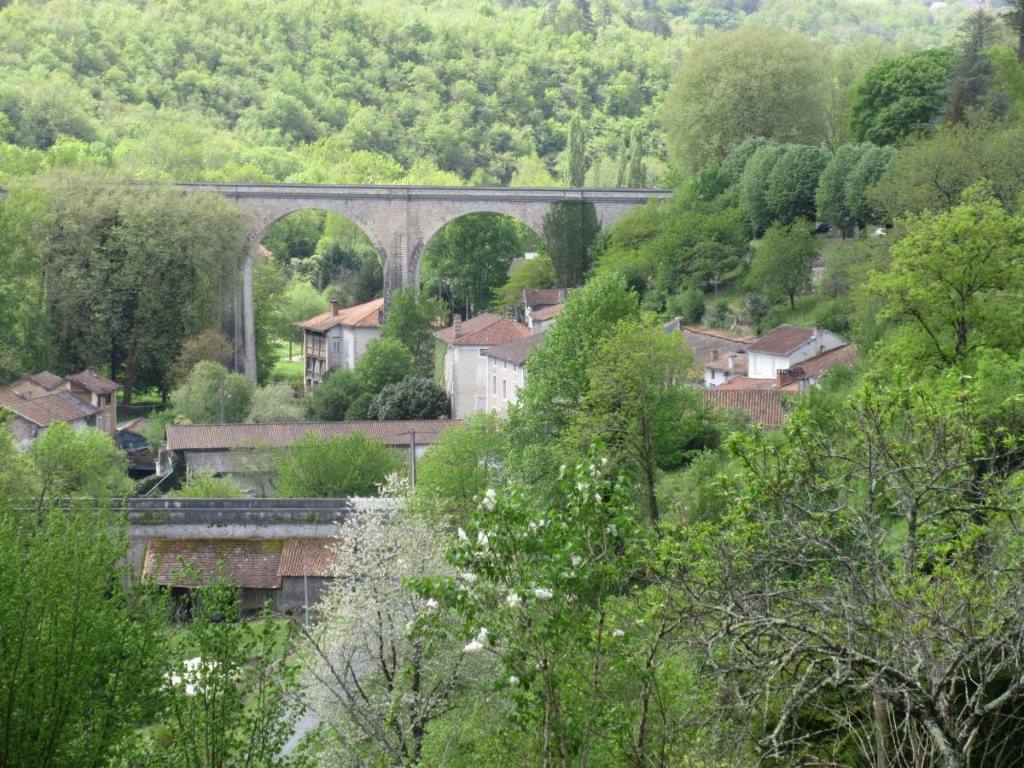 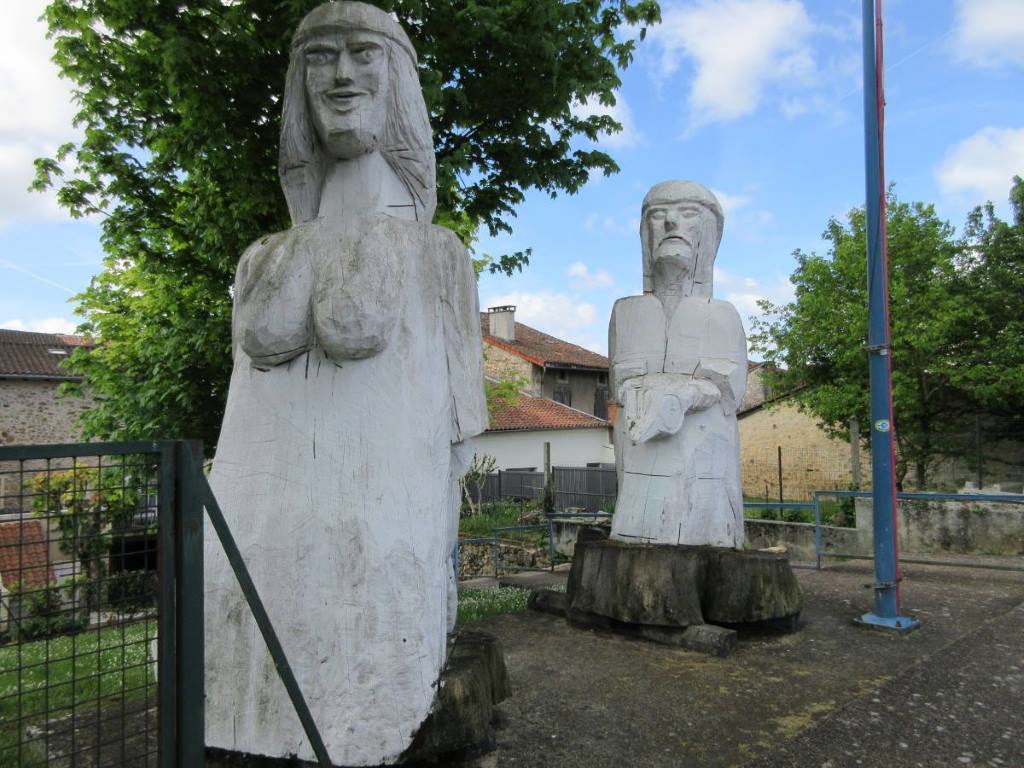 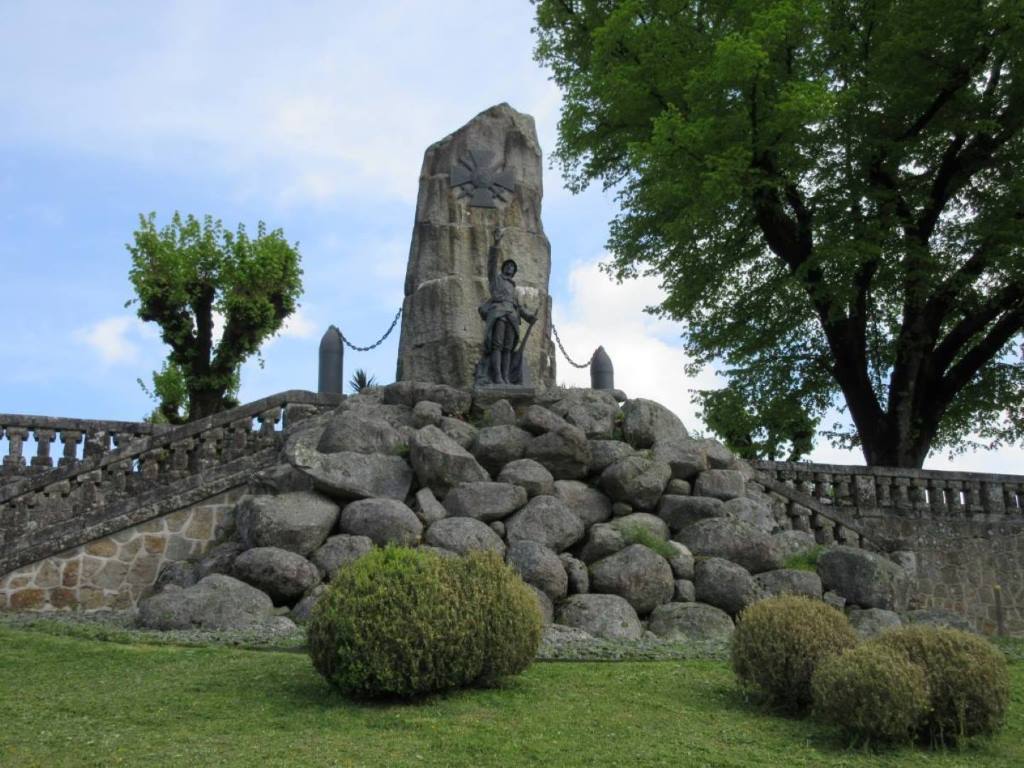 We arrived at the big city of Limoges at 1.30pm, as planned, because strangely the public garden doesn’t open until 1.00pm. We had our lunch in the park, surrounded by cigarette butts, strange people and rays of sunshine. The garden has three parts; some fish ponds with natural surroundings, a formal flower garden in front of the Arts Museum and 2 herb/vegetable/flower specimen gardens, which hadn’t been maintained over winter. In 2016 I had a strange desire to make every recipe in Annabel Langbein’s cookbook “Through the Seasons” using only produce and herbs that I had grown myself. Not wanting to waste 3 months in France, I thought I would attempt to grow tarragon in a pot but couldn’t find any seeds here, even with the correct translation. However I discovered a plant in the Limoges garden and before the gardeners noticed, a small shoot jumped into my hand and is now in a little seedling pot, looking happy for being liberated (Ed – this will not be brought back to NZ hidden in a pair of sox). Garden tour over, we went off to find 2 caches nearby and visit the St Etienne gothic cathedral. Finding a door was extremely difficult so we assumed they were closed for lunch and went off in search of other things to do. 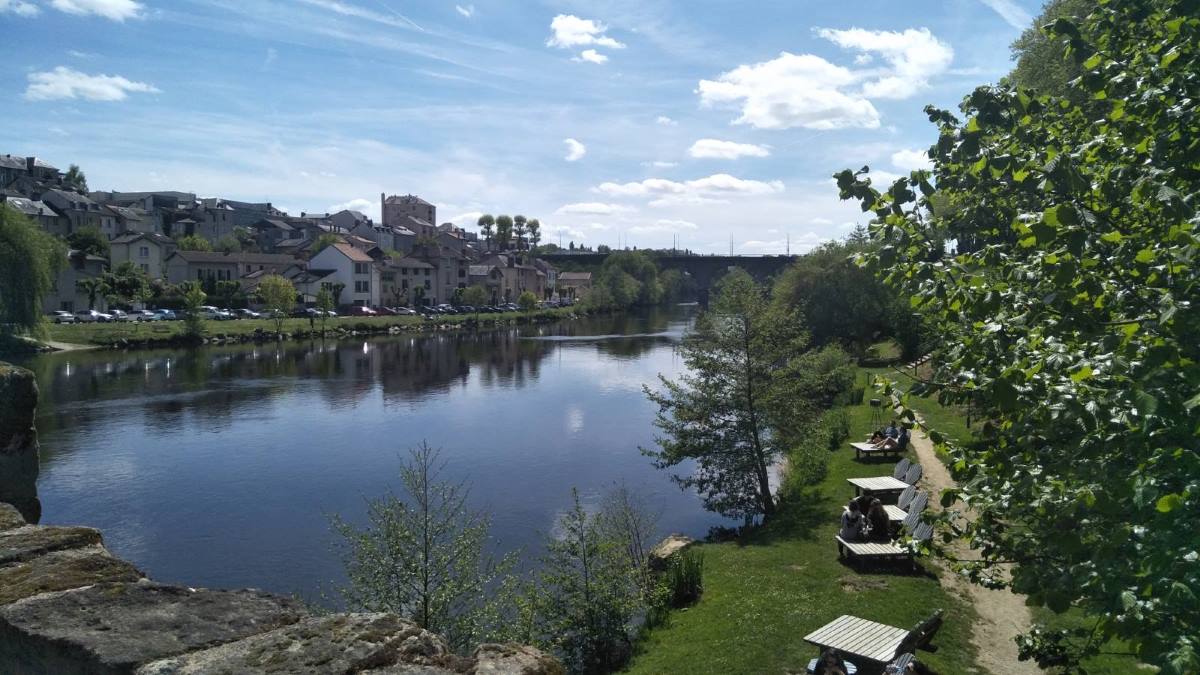 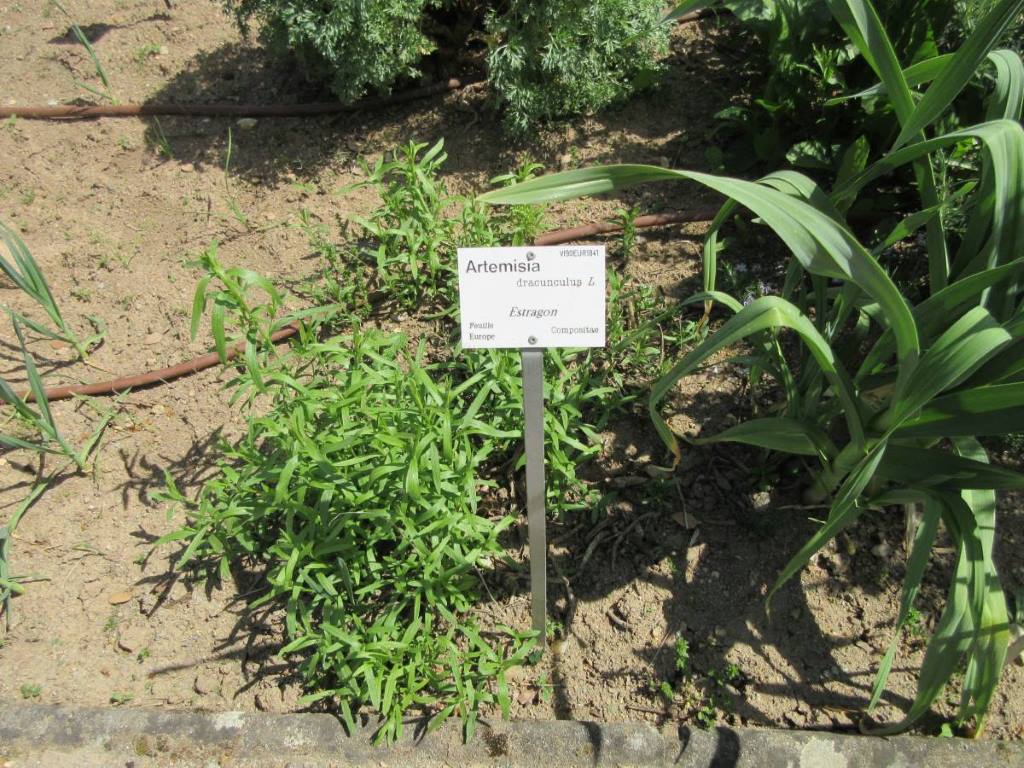 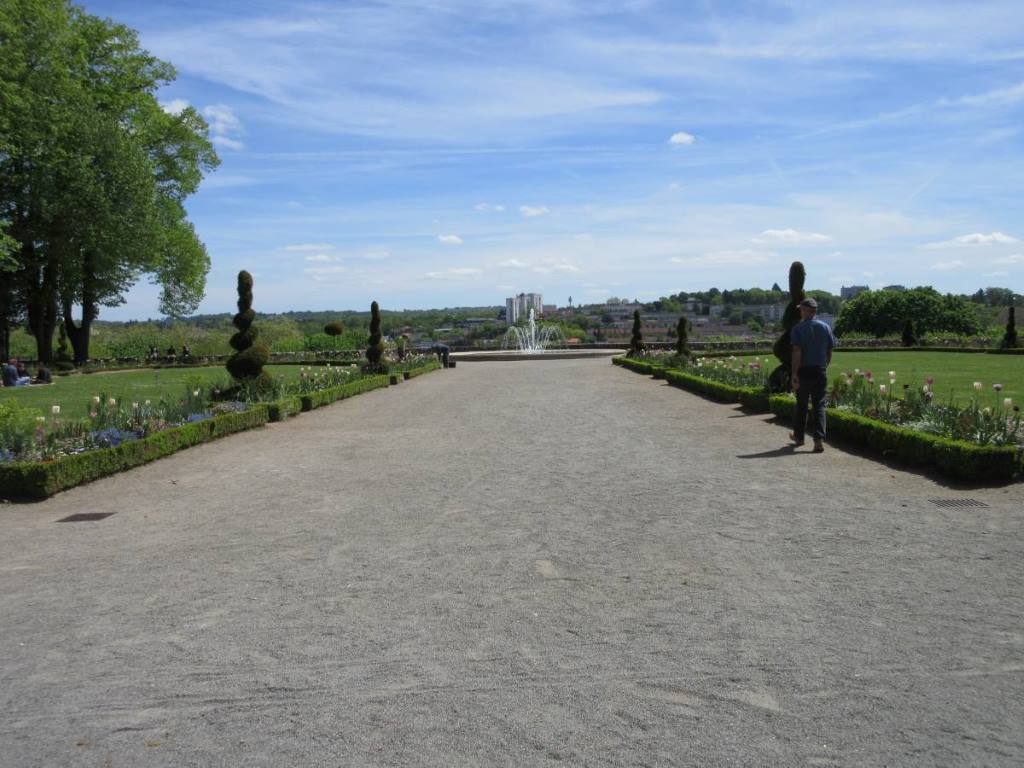 The nearest tourist attraction was the Museum of Resistance, which is about the French Resistance. A small fee and an English audio took us on a journey from when WWII started to the French balls-up by Charles de Gaulle and the Vichy Government, to the French Resistance saving Limoges, Allied servicemen and a great deal of France from the Germans. There’s an incredible history of how France’s rulers, at the time, sold themselves to the Germans; that part of it doesn’t seem to be general knowledge; we certainly had no idea as most of our knowledge comes from watching “Allo Allo” (that’s me). We did eventually get into the Cathedral, massive place, big organ and some extremely gothic artwork. 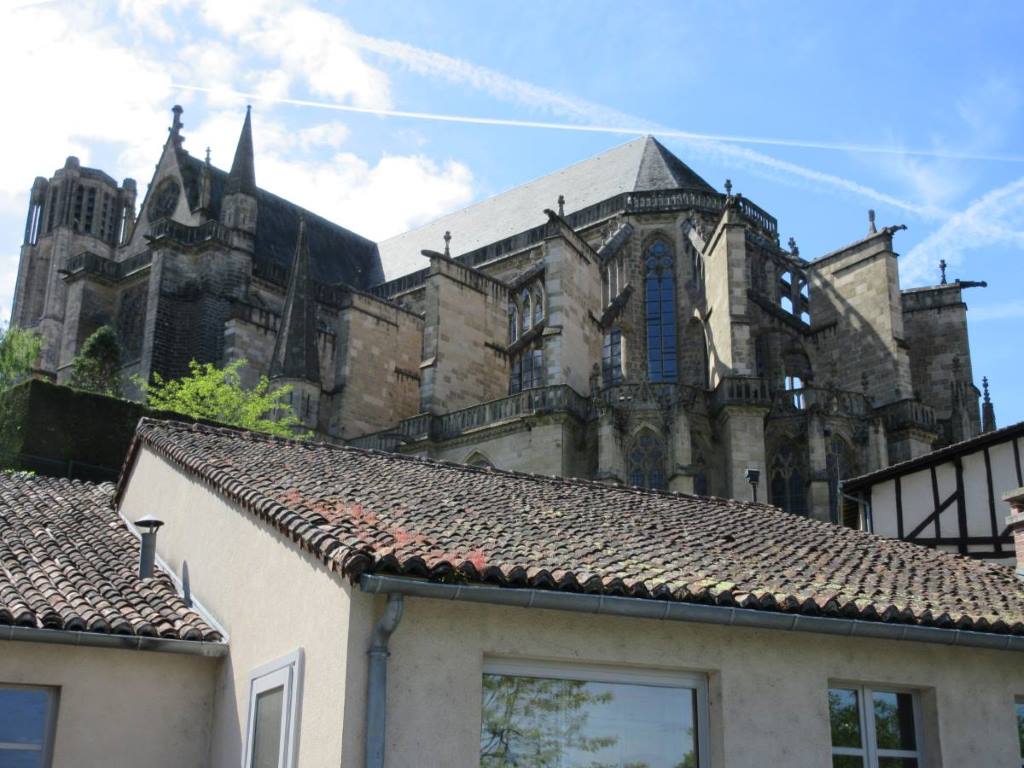 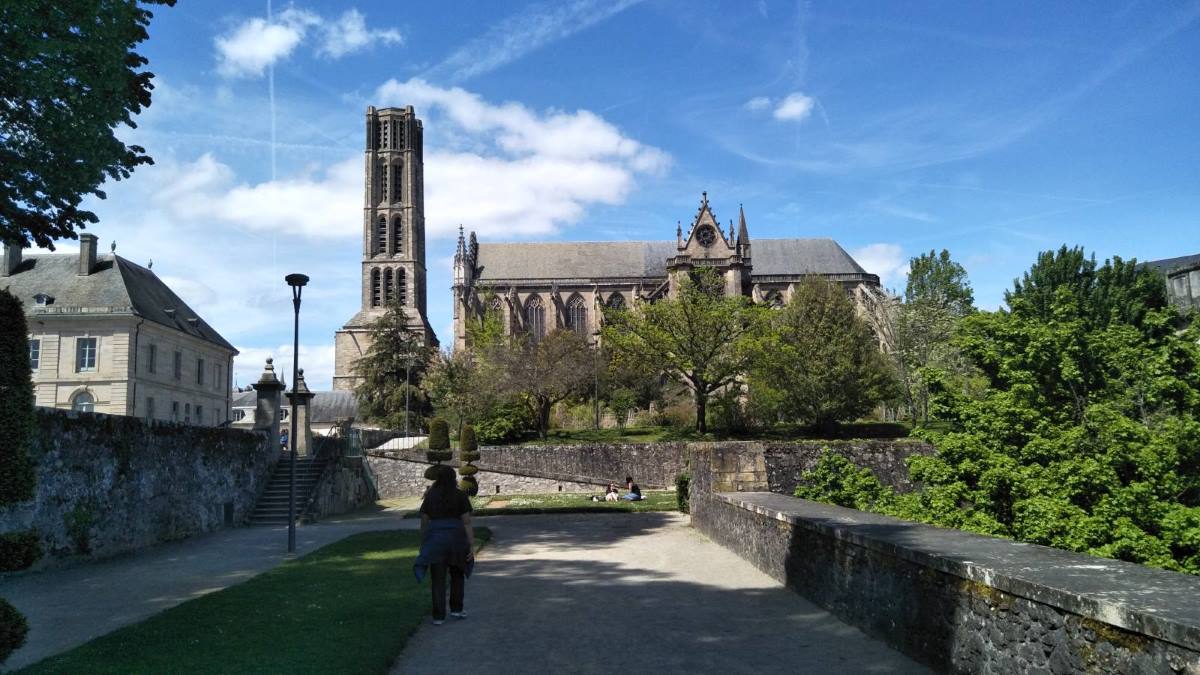 On the way home we went through the Nature reserve and stopped at the village of Rochecouart for a cache near the church and chateau. Unfortunately health and safety barriers, a rare scene in France, wouldn’t allow us to complete the cache, so a taste of France kicked in; a Framboise (raspberry) Macaroon, delicious, repeated the next day from Super U. 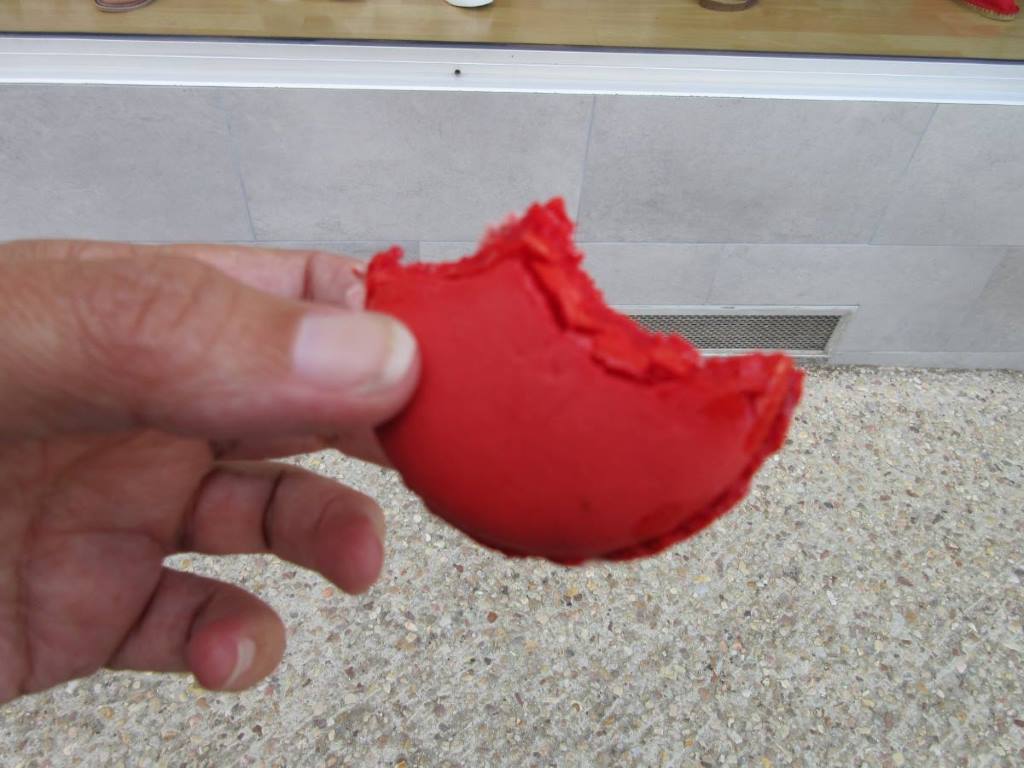 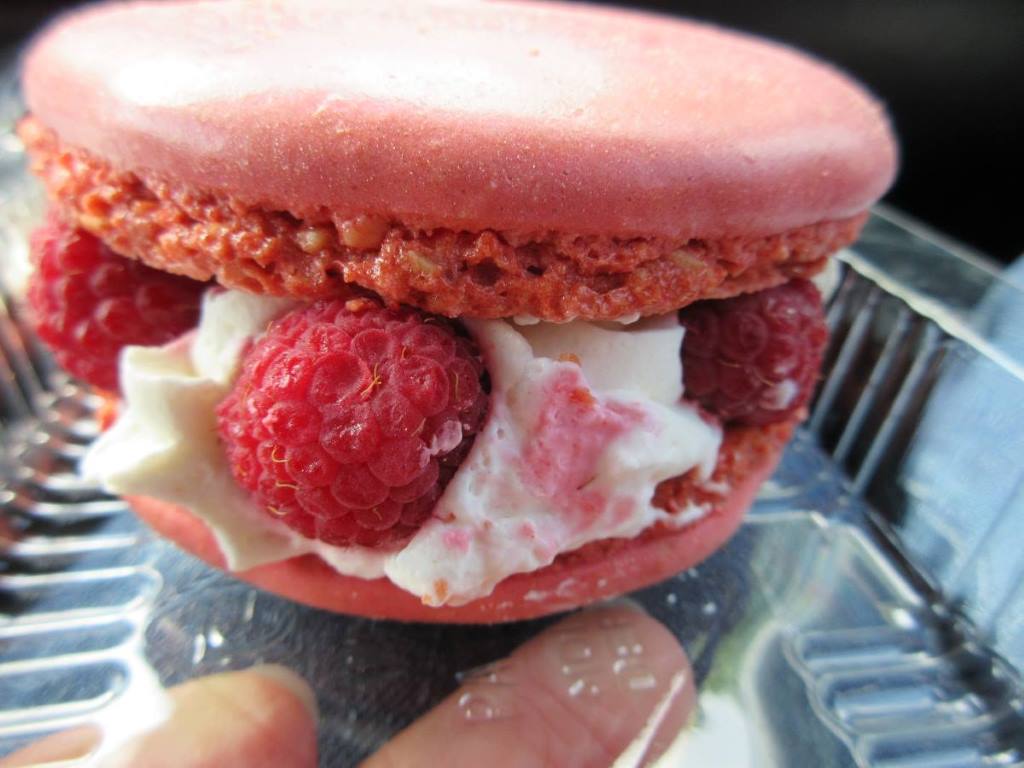 Today’s French word is the problem of thinking because a word in French looks like a word in English then it must be the same. Gout is not an illness but means ‘taste’, Pat is ‘stalemate’, so if your saw a Subway Sandwich bar that had on the shop window “Gout of France, Pat a Pain”, it’s selling tasty sandwiches, not the disease of France, stalemate bread.