Today started with the Cahors’ Saturday market this was bigger and better than ever. Quite a few of the stall holders were wearing blue and sporting French flags painted on their faces. Apparently this was for the Football World Cup match at midday between France and Australia. We managed to get the market shopping done before the All Black/France Rugby test finished, although we need not have worried because we both wore Australian t-shirts to the market. The town went quiet while the football was on and then came alive afterwards. Thank god Australia let France beat them!

Our taste of France today comes from Bakery (yet again), there was nothing inspiring at the market for lunch, so I had a Provencal quiche and Roger a pepper and blue cheese quiche. 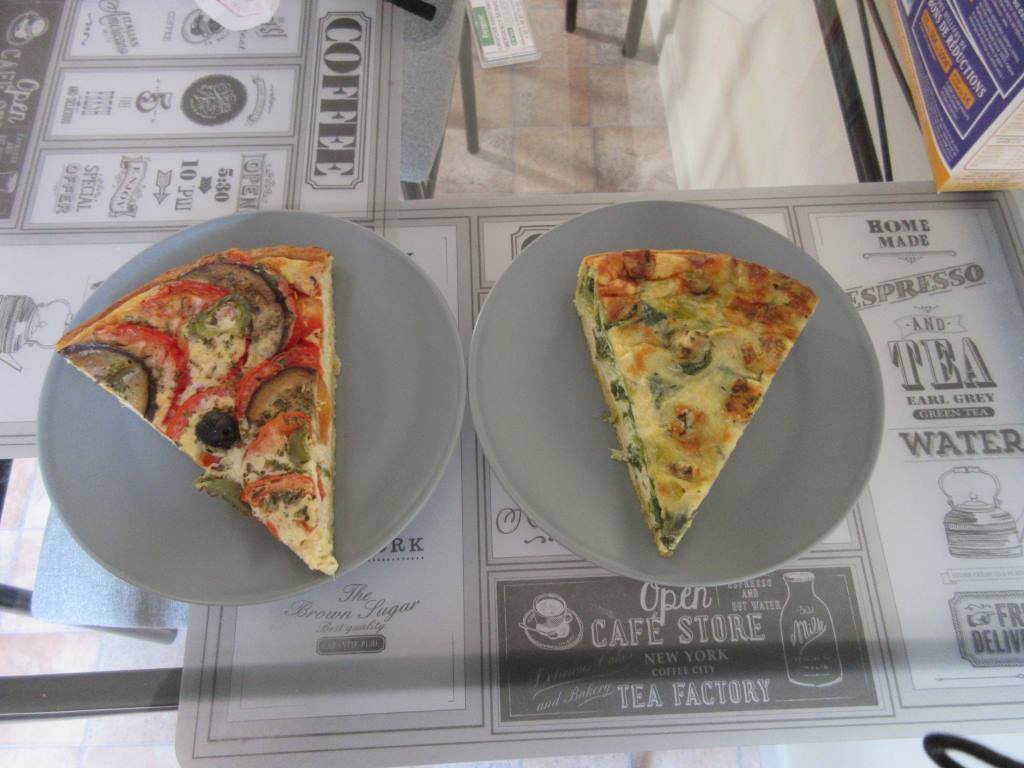 Our afternoon walk of discovery first took us across the river to the old mill on the river where we took some photos and made some notes for an earthcache. We then walked back into town via Cahors’ secret garden No. 24, the Capitulare de Villis. Historians will know that the Capitulare de Villis are instructions from Carolingian Royalty on how to manage Charlemagne’s estates. These included the readiness of land and produce, in terms of quality and quantity, so that the estate could receive the King at anytime. The garden in Cahors was divided into sections as would have been Charlemagne’s estates. There was an area for each of the following garden plants: fruit trees, berries, medicinal herbs, cooking herbs, vegetables, nut trees and flowers. 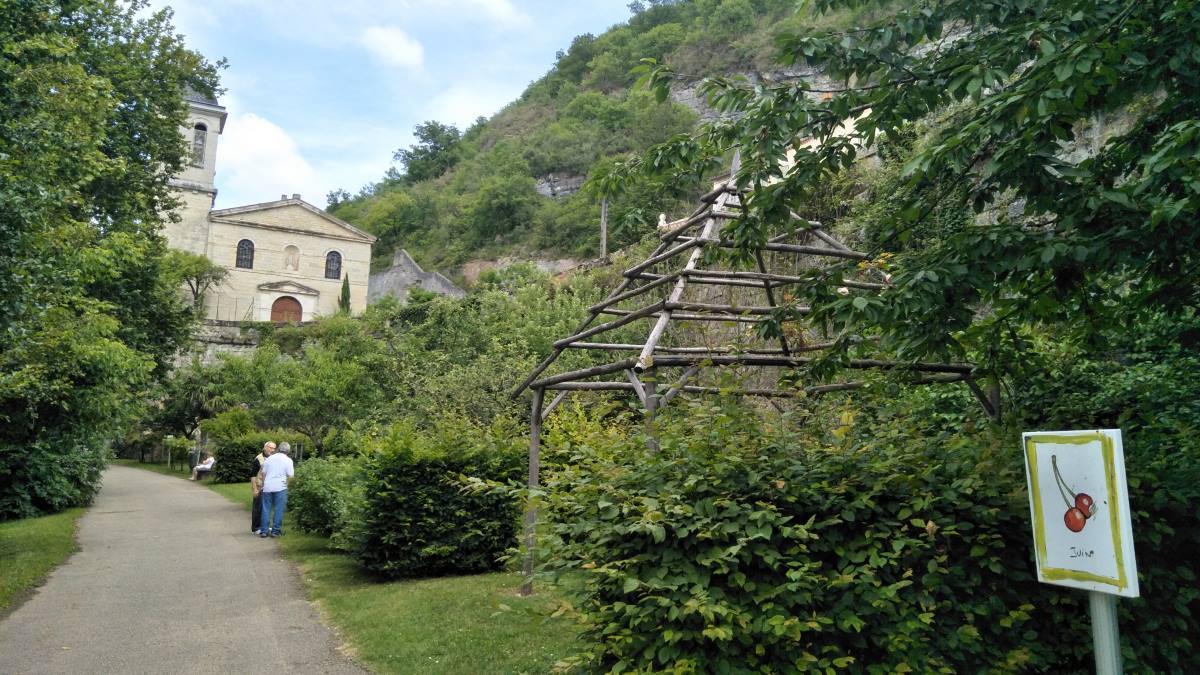 Next stop on our walk was the Old Pumphouse; nowadays it is a free museum. The museum shows the history of water hygiene in Cahors from the Gallo-Roman days of bathhouses through to the current period. Although Romans were advanced in hygiene, their practices disappeared and Medieval villages lived in unhygienic conditions, not washing regularly, throwing their waste in the street and drawing water from wells. In the 19th century, Cahors decided to take advantage of the pure water coming out of the Chartreux spring and built a pump house and reservoir to store and distribute running water to thirty-four drinking fountains throughout Cahors. 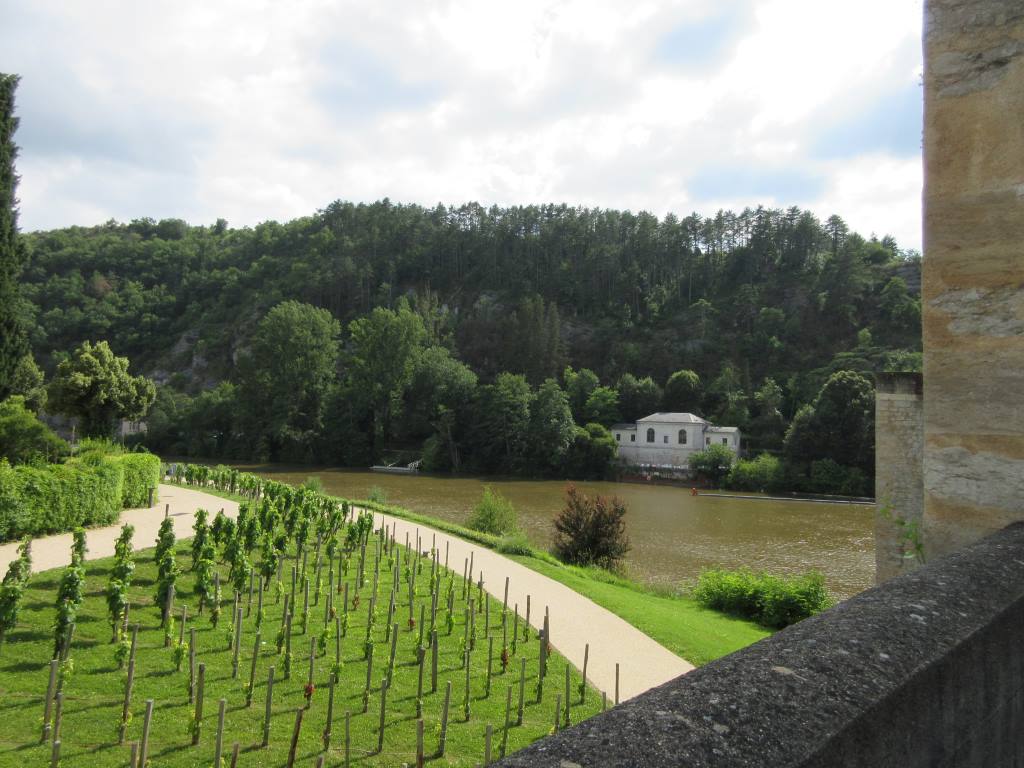 Last stop today was to take the car for an expedition to the supermarket. It was a journey of confusion because E.leclerc’s occupies 3 corners of an intersection which has a flyover above it and one way roads around it. Only one corner is the supermarket the other two are distribution centres and motor vehicle services. There is confusion inside as the meats and dairy products are spread throughout the shop. Paying created more confusion as there is only one counter that takes cash and that is via a vending machine. While you queue for the machine they hold your groceries hostage. French geocaching discovery word of the day is “Crue” = “flood”, many buildings around the river of relevance like the mill house, pump house and bridges, have plaques on them with Crue and a date to show the flood damage levels. As most French towns are built around the rivers there are a lot of Crue or flood plaques.