Ascension Day means a quick trip to the bakery before it shuts, so today’s taste of France comes from a warm baguette, a sliced round loaf and a sweet Charlotte (cake shell, filled with cream and topped with a poached pear). Ascension Day also means lots of church bells ringing; at midday today we had a minute’s bell ringing instead a minute’s silence. 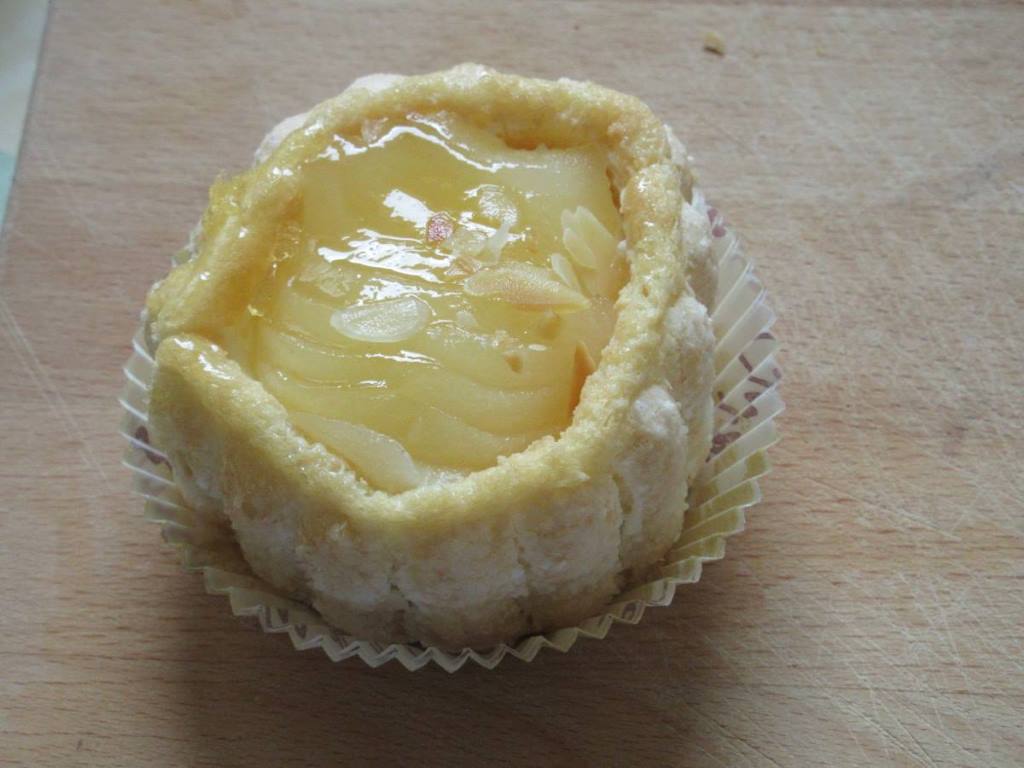 I’m using the public holiday for researching various town websites for all the events on in May. The one that most grabbed my fancy was dropping the over-55 gentleman off for three days of fun, sports and companionship of like minds. Apparently they team up in pairs and do activities to earn “gentle points in order to establish a friendly ranking”.

In all seriousness, the events vary and include: garden tips, book clubs, social sporting events, hiking, wine tasting, picnics, dancing, craft nights, musical concerts, film nights, debates, fêtes, themed dinners, trout fishing, animal shows, exhibitions of arts and crafts, market days and even trips to other towns or historic places. The region of Aquitaine sounds like a giant retirement village, but really they are catering for a local and expat population that likes to embrace their cultural and community spirit. So far I have narrowed it down to no less than a dozen events, watch this space for the words “Cultural Immersion”, however for practical reasons I have discounted the three hour bike ride to a chocolate factory, the 15km walk for a Paella lunch and the Hunt and subsequent banquet.

In the afternoon we ventured down south to do three multi stage caches. On the way we found out what others do on Ascension Day which is playing Boules, or petanque as we know it. Men toss a metal ball around, women watch. 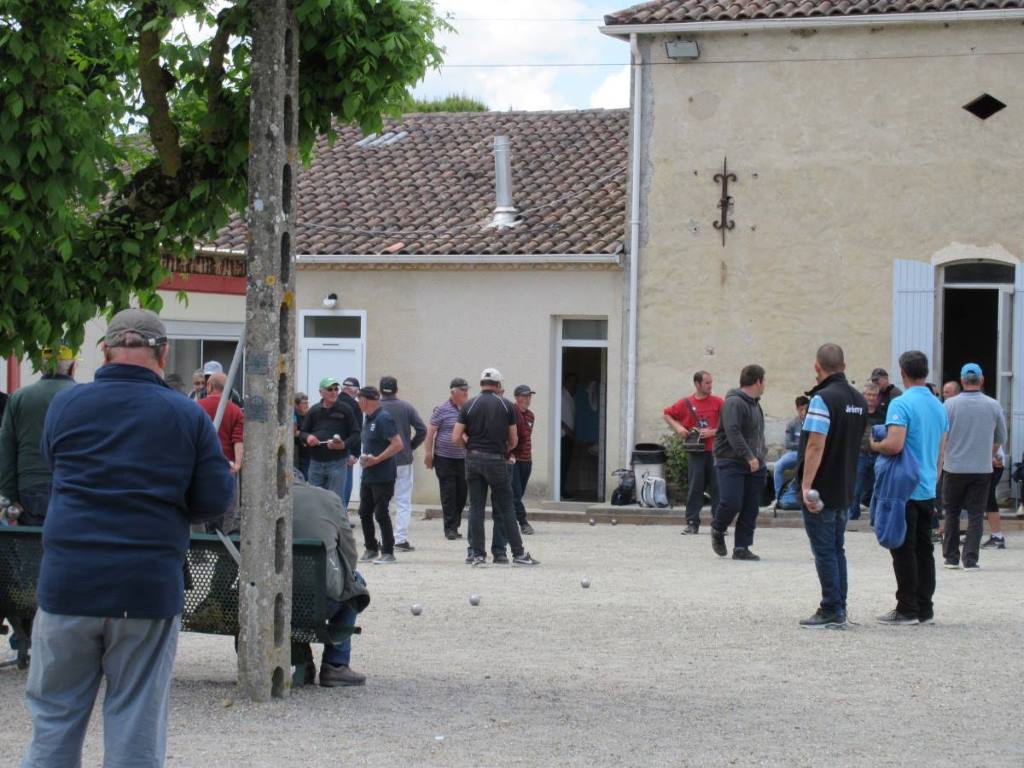 Our geocaching took us to Sainte Bazeille and a strange cache that took us on a tour of their toilets, car parks and run-down shops. The second cache was in Couthures-sur-Garonne. The river is wide and swift and uses to flood the town regularly. The cache was based on the river Garonne and its flooding and even though we were always one stage behind two other groups of cachers we still managed to take the long way because of a French grammar error about determinants. Today’s French word is determinant, same in French as in English, however in French most nouns have a determinant which is placed in a sentence by the noun based on a number of rules. Instead of just ‘the’, the French have la, le or les depending on the gender/quantity assigned to the noun. For example Cat in French is le chat, ‘le’ is the determinant and for cat it is always masculine no matter what the sex of the cat. (Ed: In the photo at the very top of this page, there are two cats which become 'les chats'.) 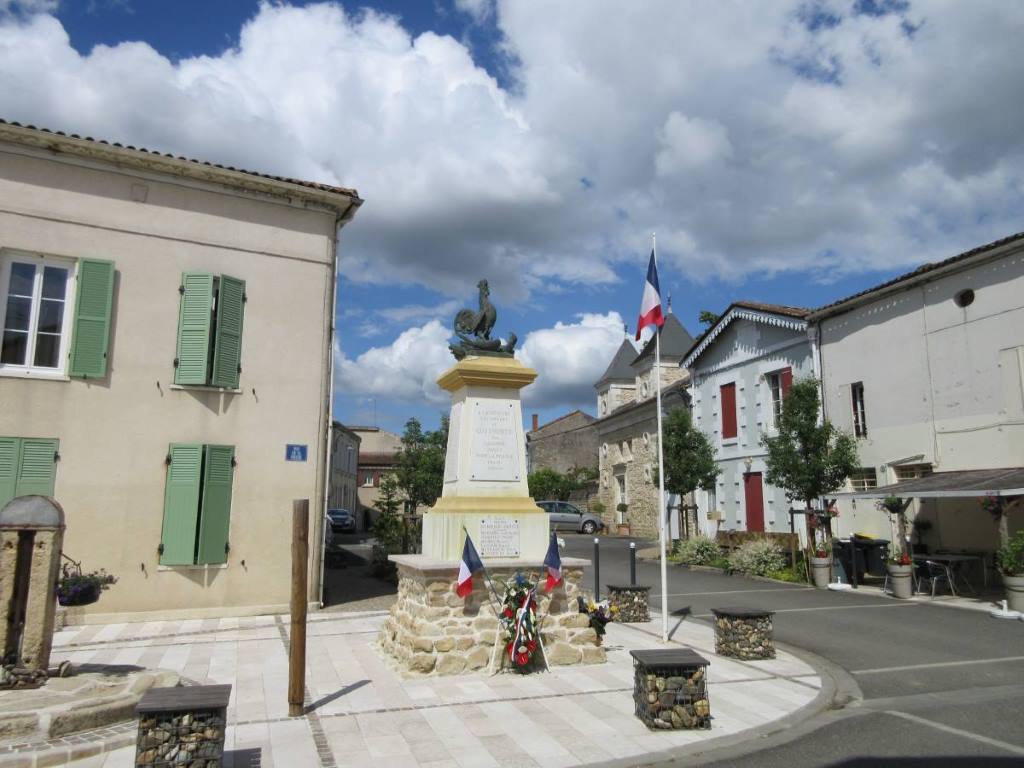 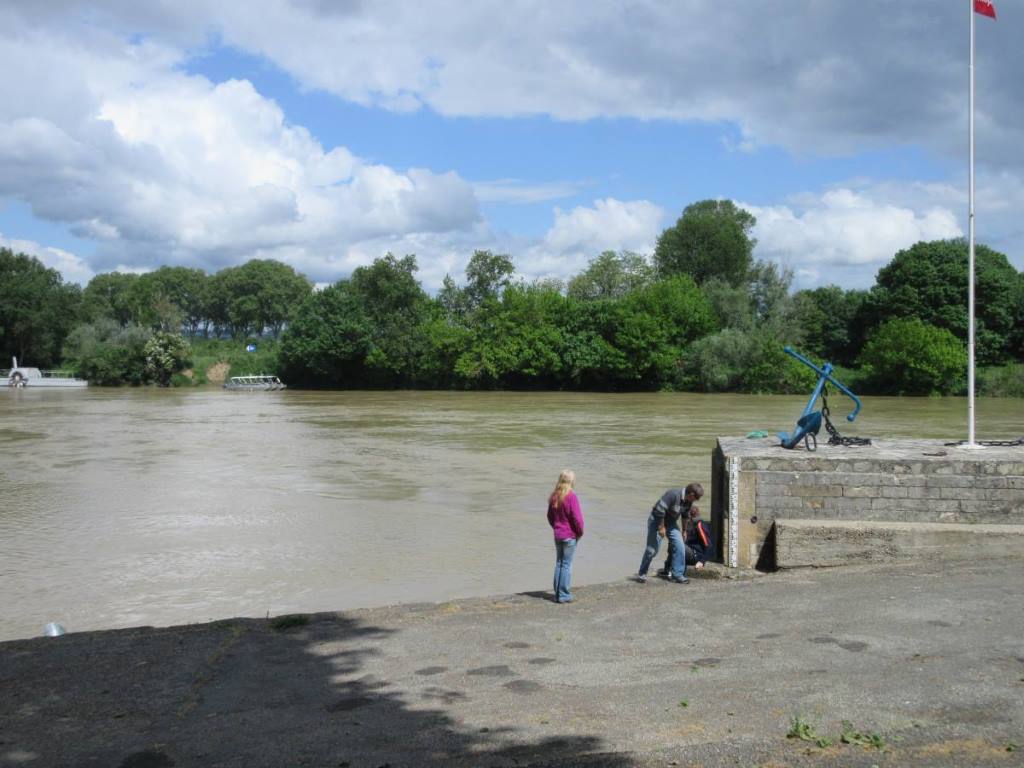 Our last stop for the day was to fix our translation error from yesterday. We then went back to Marmande to collect our cache badge, this time found straight away. We are blaming Google for translating large stones to pebbles instead of rock.