While waiting to check what the weather was doing before rushing off for a forest walk, we visited Cahors’ 14th century stone arched bridge. Construction of Pont Valentré began in 1308 and took 70 years to complete; obviously they did a good job because apart from one tower it is still in good condition. It is now pedestrian-only bridge, but a lot of water still flows under it at a great pace. While we were there the tourist boat went through the lock beside the weir. We watched the crew firstly wind the big gates up to let the water out of the lock and when most of the pressure had gone they wound the gates open to let the boat out. To avoid being pushed into the bank by the rapids, the boat then got up speed to face the torrent of water coming over the weir. 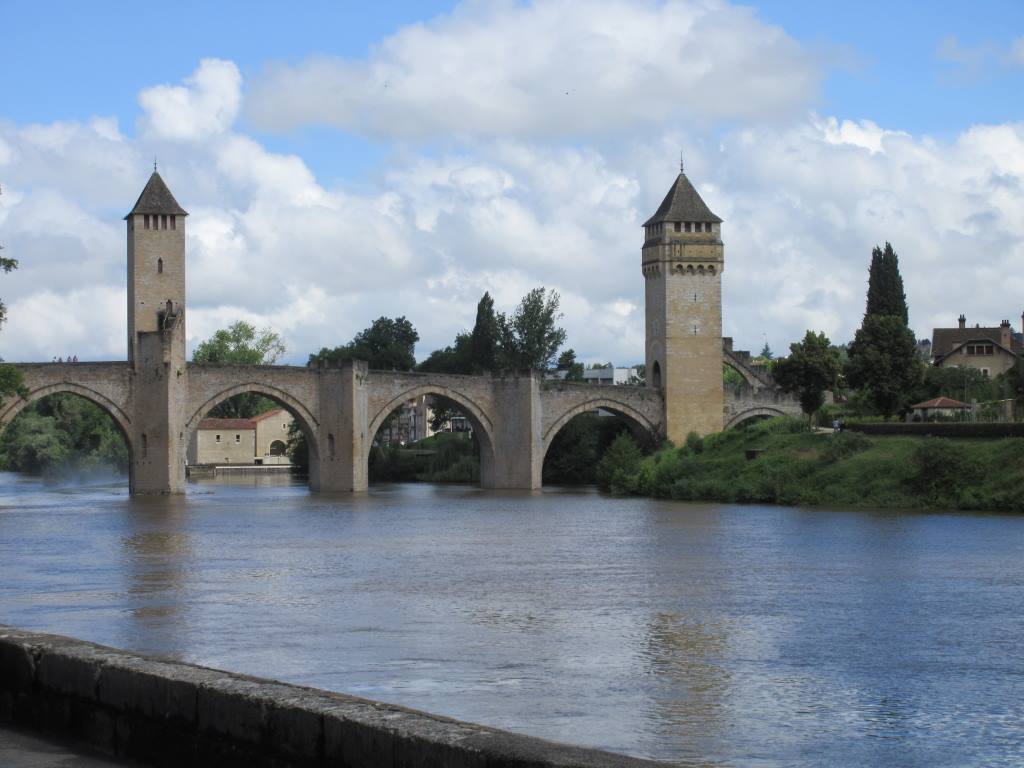 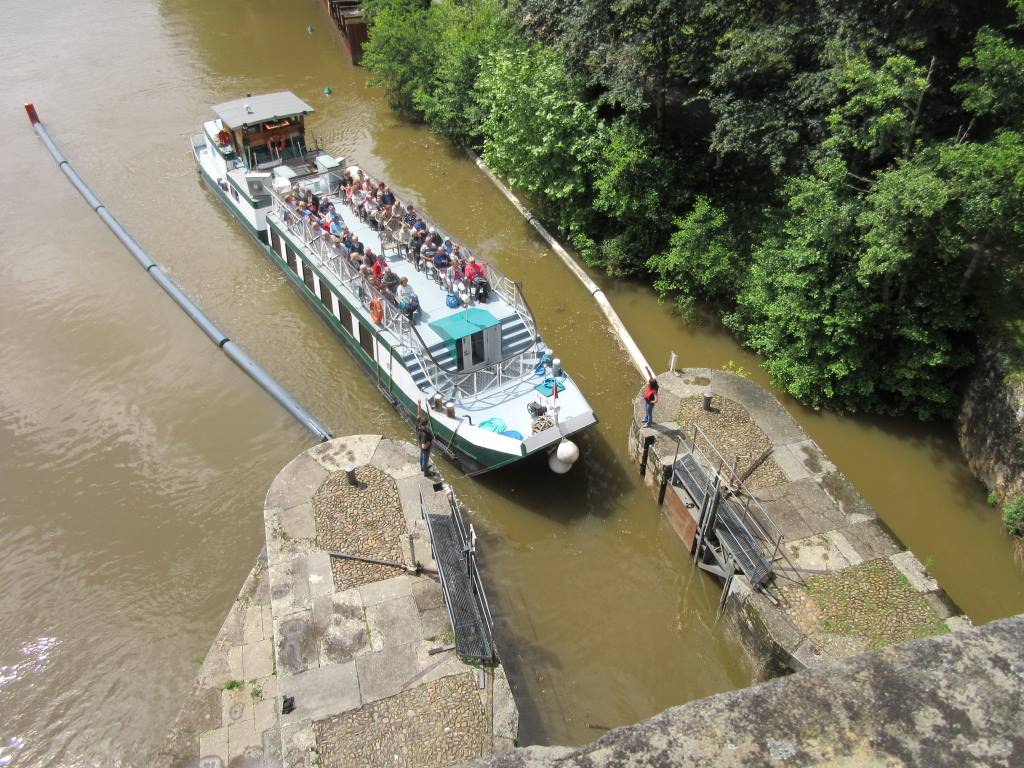 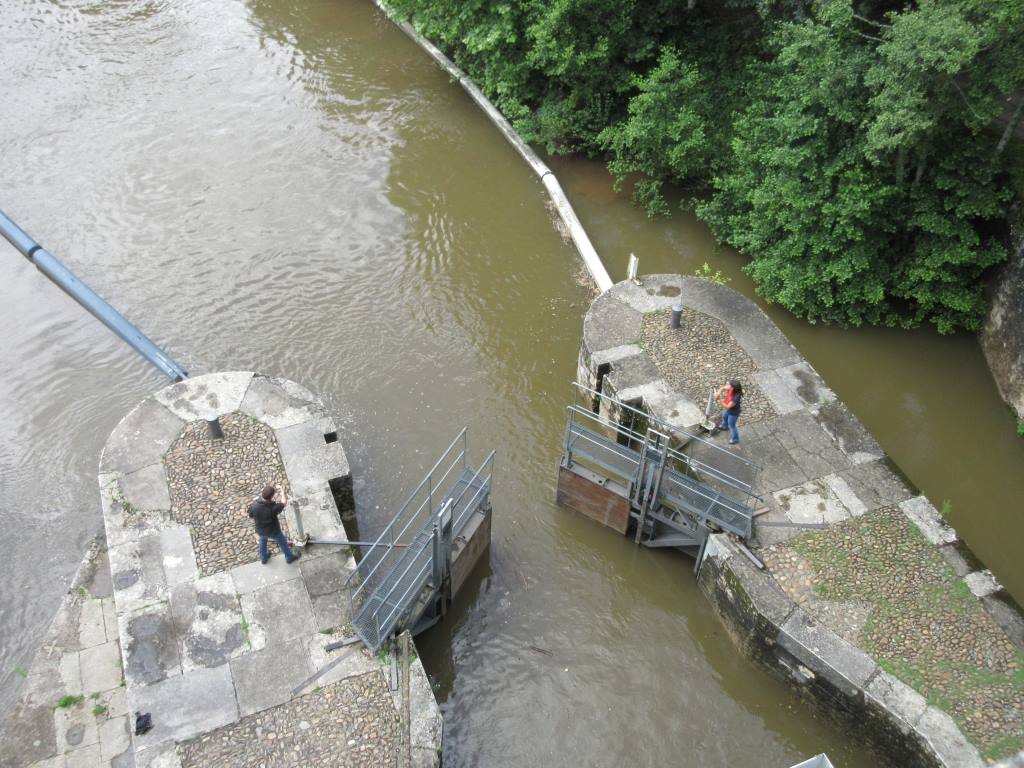 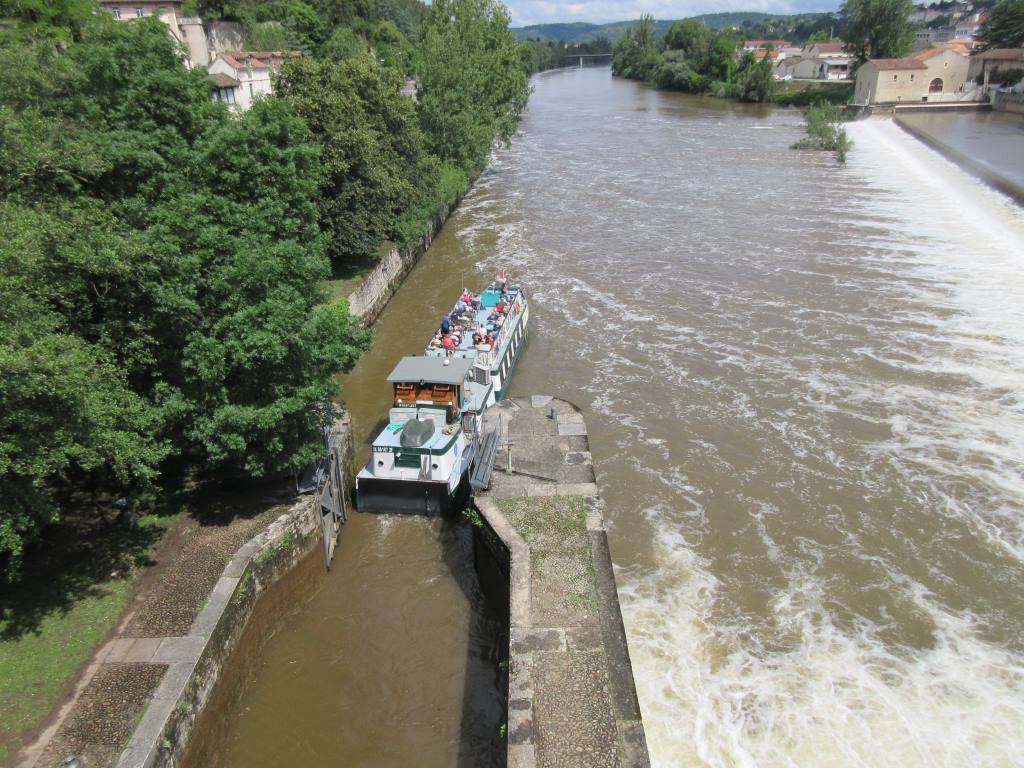 While most people viewed the bridge or continued on the Saint Jacque pilgrim trail up the hill, we went off to do a geocache at the Fountain of Carthusians . A natural spring feeds fresh water out from under the hill into a pool. The Gallo Roman’s used the pool for devotions, evidenced by over a thousand coins found by divers. In medieval times it was used for a mill and then ceded to the Carthusians; an order of Catholic monks. The pond is now used by the Cahors City Council for the town water supply. They pump the water up the hill, add the chemicals and then pump it down to the city; any water not used flows into the dirty Lot River. 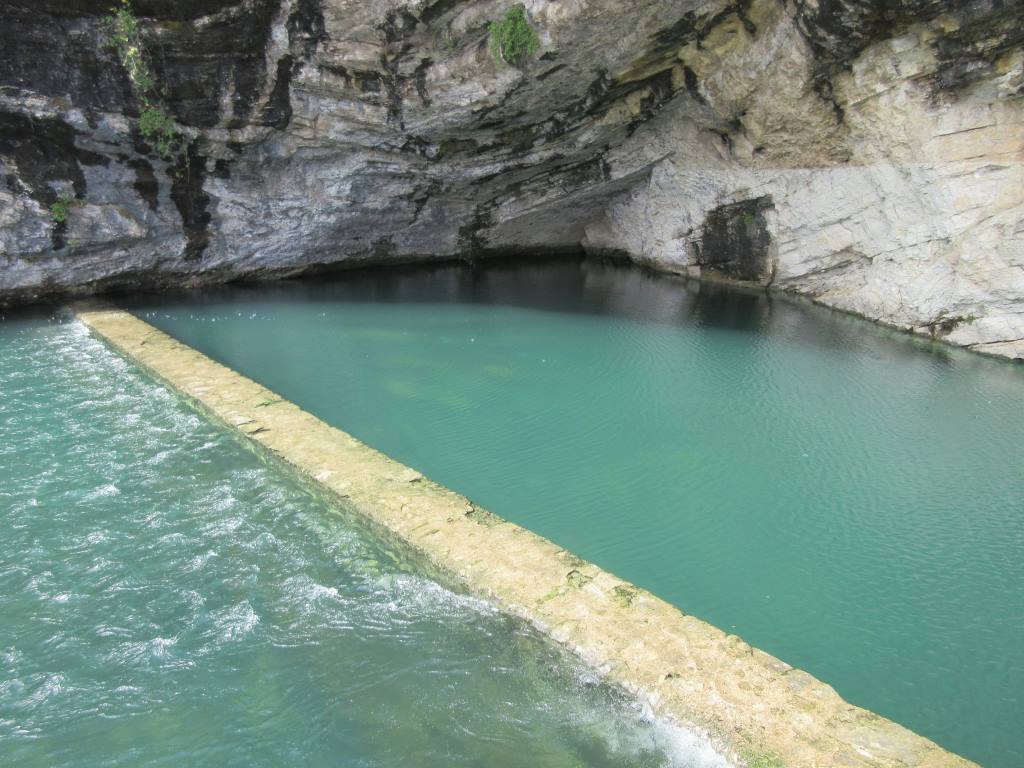 The last thing to see at the bridge, because the old pump house wasn’t open today, was the bridge’s secret garden. Secret Garden No.1 is the Garden of Intoxication or Inebriation, so called because it only has grape vines. Cahors doesn’t have as many vineyards as Bordeaux, but they grow Malbec grapes particularly well because of the limestone and other geological features from the Jurassic age, or so I am led to believe from some caching website. 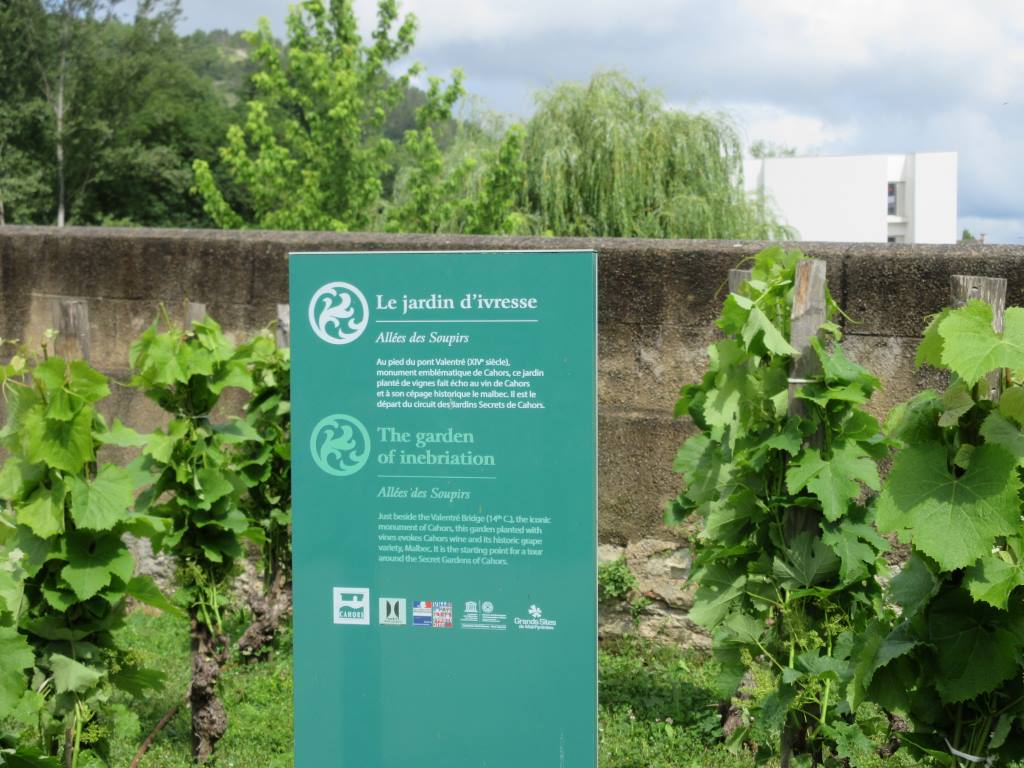 Today’s taste of France comes from my lunch treat of a truffle, that’s a sweet truffle not one of those expensive things from under an oak tree. The truffle was so large I took it home to cut it up to make it manageable to eat. The lighter inside in the photo is crunchy meringue and the darker inside is chocolate mousse. 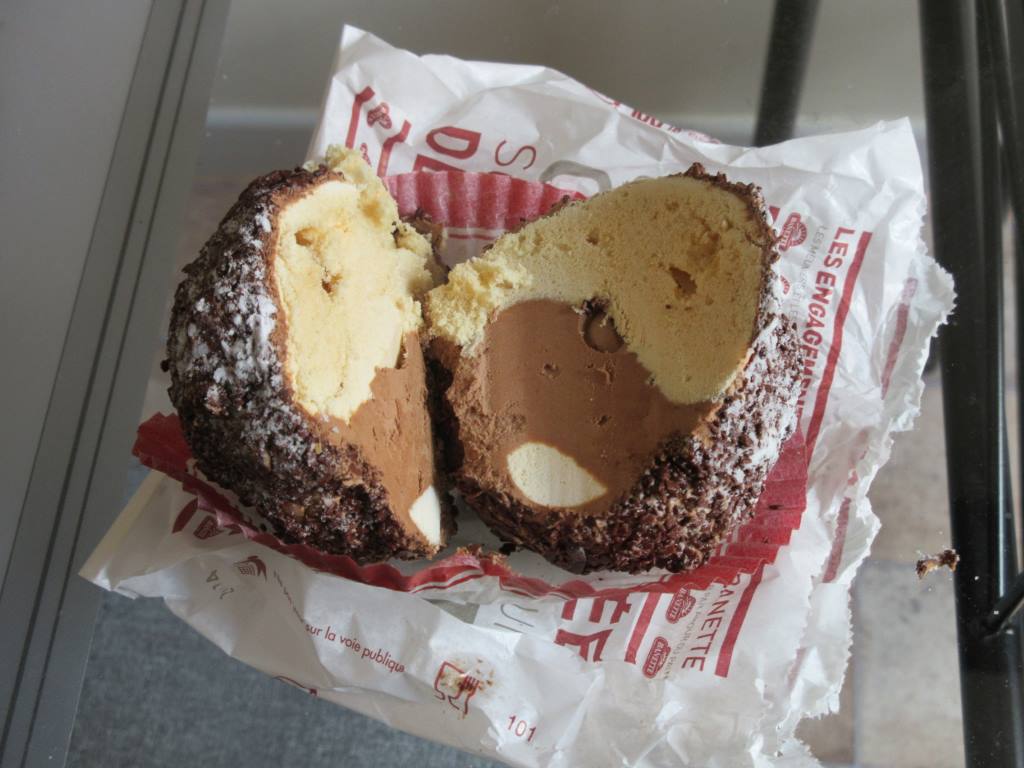 The postman delivered the essential junk mail today with a copy of what’s on in Cahors for the next two weeks, lucky for us we know the word “free” so we have planned a few expeditions to culturally immerse ourselves Cahors style. However in the meantime I have to go and walk off my overly sweet truffle.

Today’s geocaching trip was a revisit to Espère to do the caches that got rained off on Tuesday. A six km circuit through the national park took us on a path discovering what could have been lots of little farms before being turned into the national park. There are stone wall fences, old stone houses and Gariottes everywhere. Today’s French word is Gariotte = a beehive hut made of stacked stones. It is called many things in other languages, and also has many uses. Suggestions by the cache owner of their possible use are: guard house of the farm perimeter, temporary shelter for workers in the field, single person’s cabin, livestock shelter, or wine storage cellar. Whatever they are, they were still well maintained, no moss, very little have collapsed and the ground inside was still clean. 100% success rate on the 5 caches, over 20,000 steps for the day and 725,000 since leaving NZ, I feel like a pilgrim on a mission. 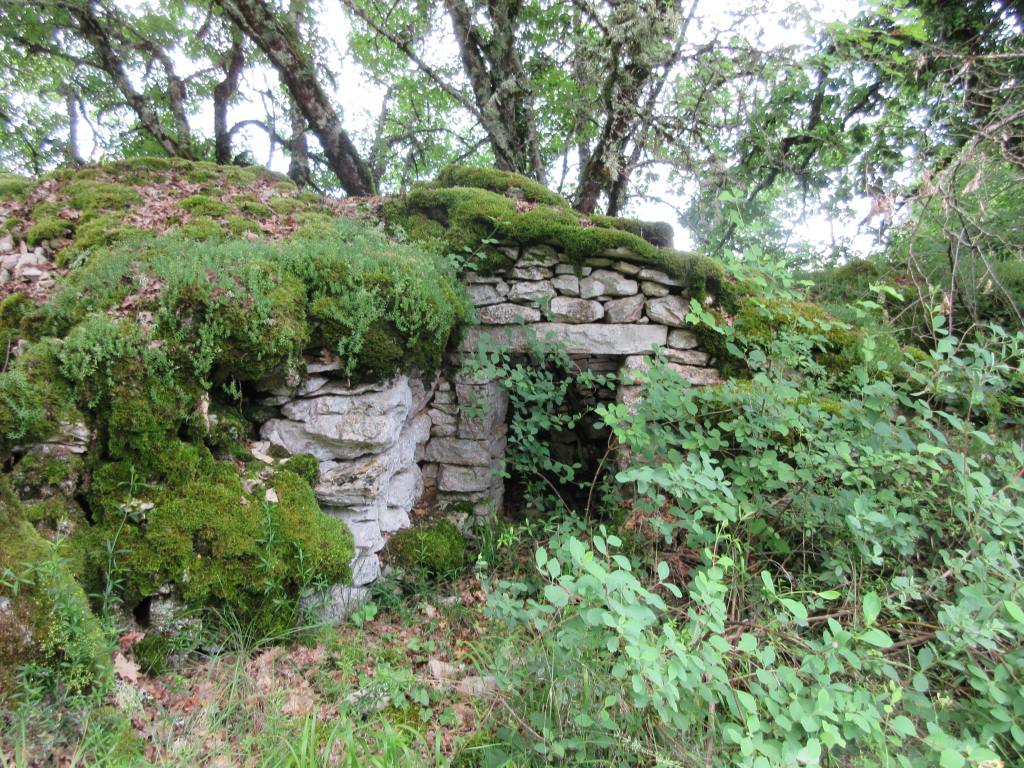 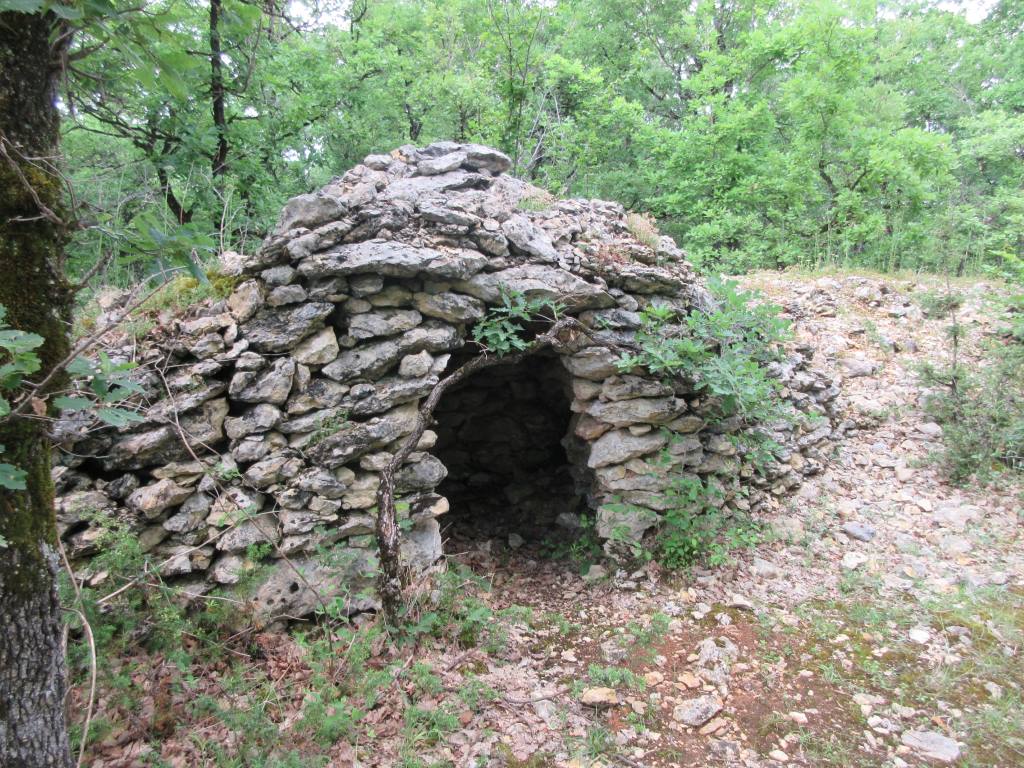 Today’s garden cat is the one who is there every day and can tolerate people, the street cleaner and other animals. He has a fluffy coat that looks dirty and gives him the appearance of a real alley cat.