Cahors claims to have one of the best outdoors market in the South West of France, so we went along to their Wednesday market which according to Roger’s efficient GPS tracker was 740 metres from our home. It was well worth the trip as they had plenty of fresh produce; however a little expensive. Our taste of France and today’s French word came from the market and is Aligot, which is mashed potato and cheese whipped to a creamy texture. Due to the type of cheese used and the mixture being one part cheese to two parts potato, Aligot has an elastic look when spooned out. I liked it, but then again anything with that much cheese is bound to be good. 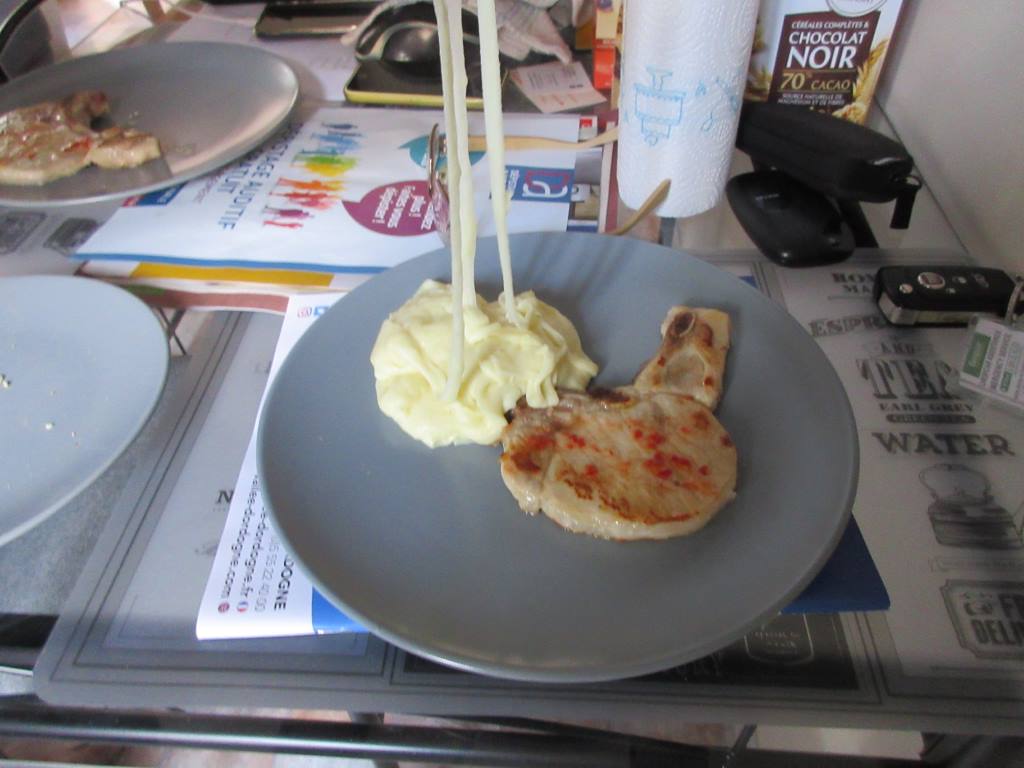 We also bought some goat’s milk cheese to have for lunch with our baguette. However before lunch we had some paperwork to do which required printing. Quite a stressful process, as the Tourism Office isn’t very skilled when it comes to printers and the British guy in the queue before us wasn’t very skilled at computers. So after wasting nearly an hour and feeling like wasting a Pom, we didn’t have time for sighting season before the lunch closures. However we found you could tour the Gallo-Roman Amphitheatre remains any time for free. While excavating for a car park they discovered some ruins and preserved them by building on top of them. Now when you park your car you can appreciate some history for free. The Roman’s were smart people; their 1st century construction is still standing with only a little assistance from the 21st century inhabitants. 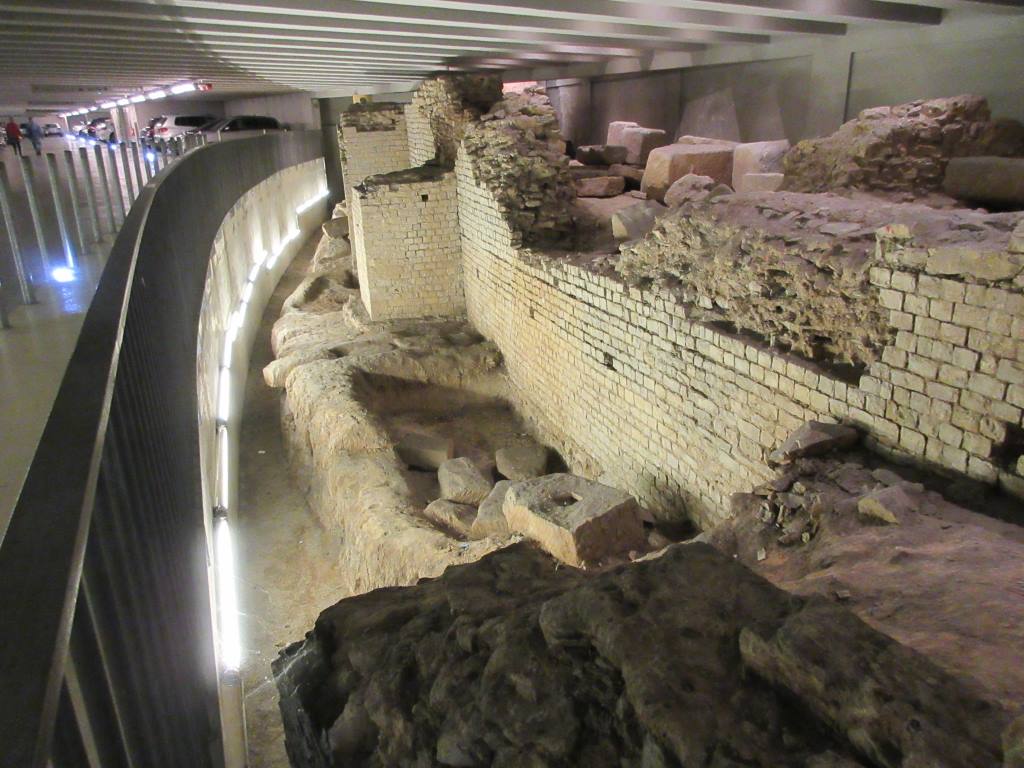 We got home for lunch in time for a cat fight, so here is bossy ginger megs who scared off the others for pole position on the wall. 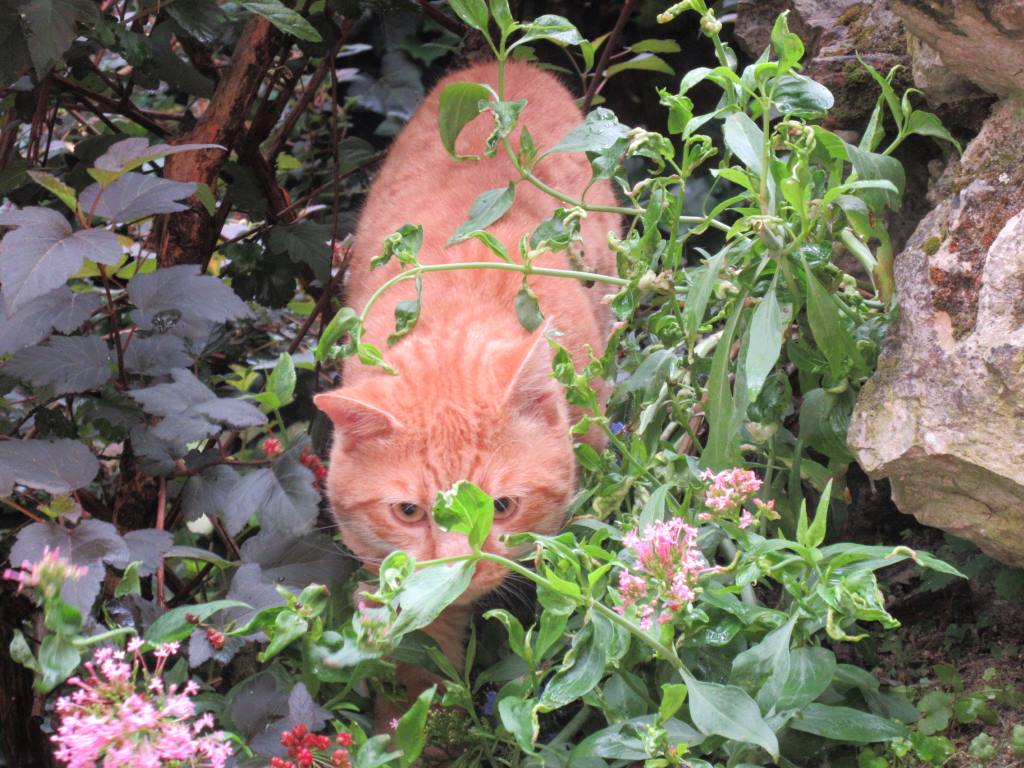 This afternoon we did our own self guided tour of some covered sights of Cahors. First was the Museum of the Resistance – closed for renovation. Second was the 19th century library with 8 metre high walnut book shelves – pretty old, don’t touch the books or make a noise, strange seeing kids in libraries absolutely silent. Third was the St Etienne (Stephens) church – nice place, organist was getting lessons and somebody had flogged the geocache. Fourth was a general look around the old buildings. 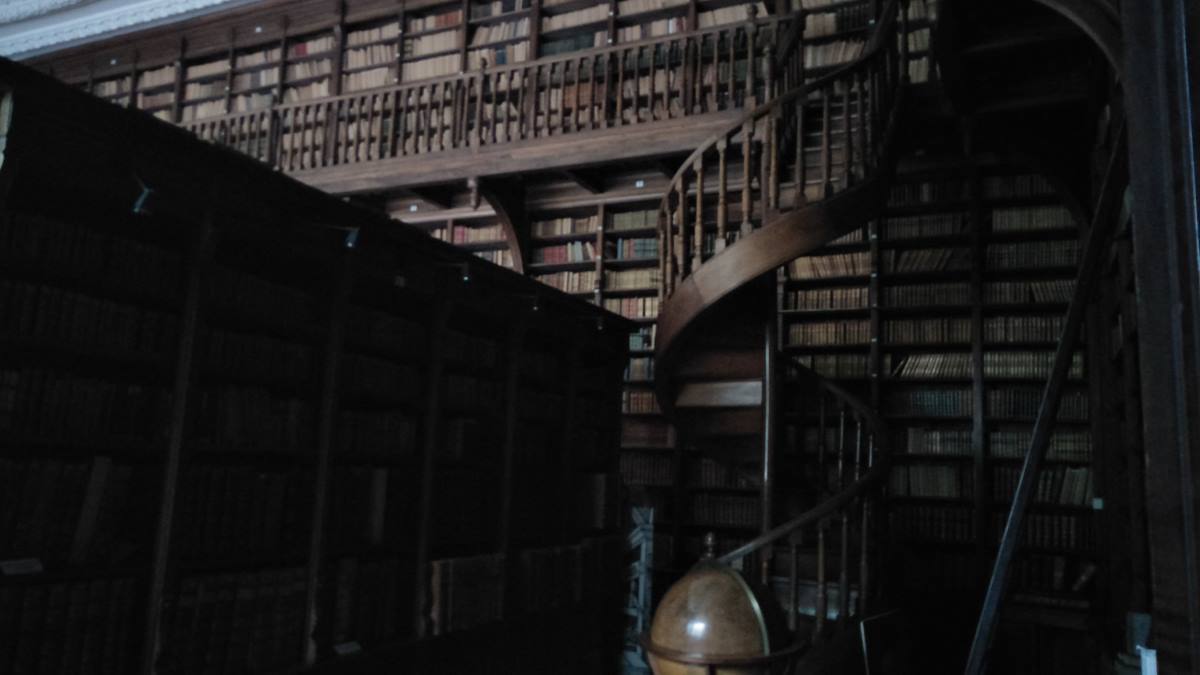 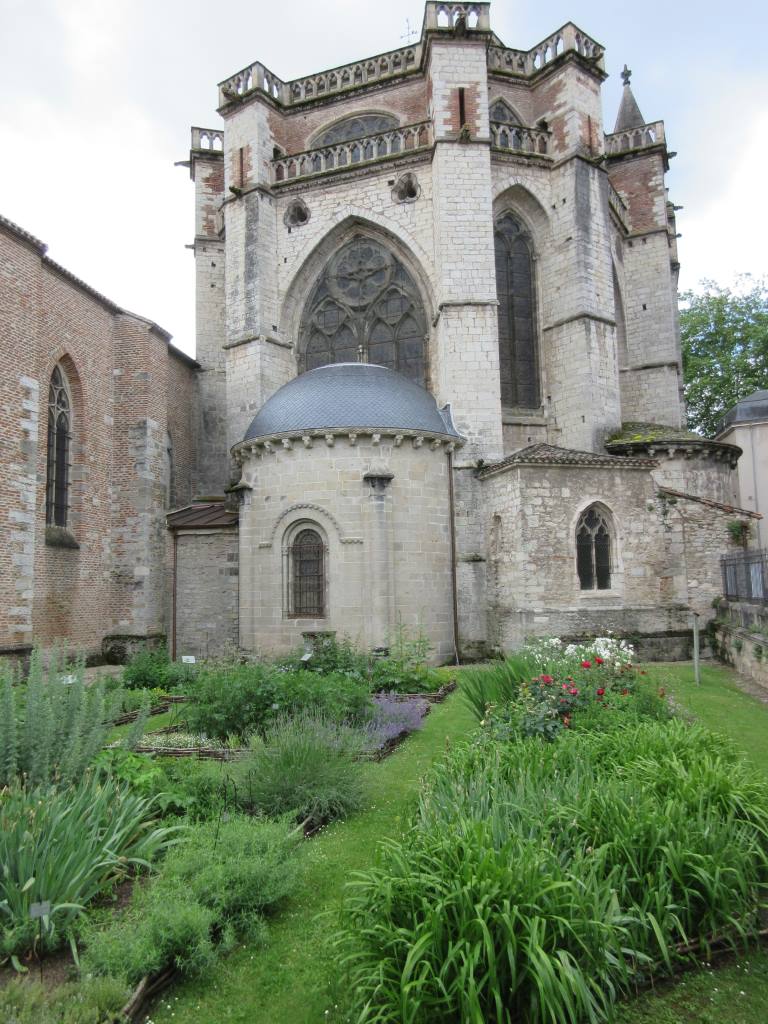 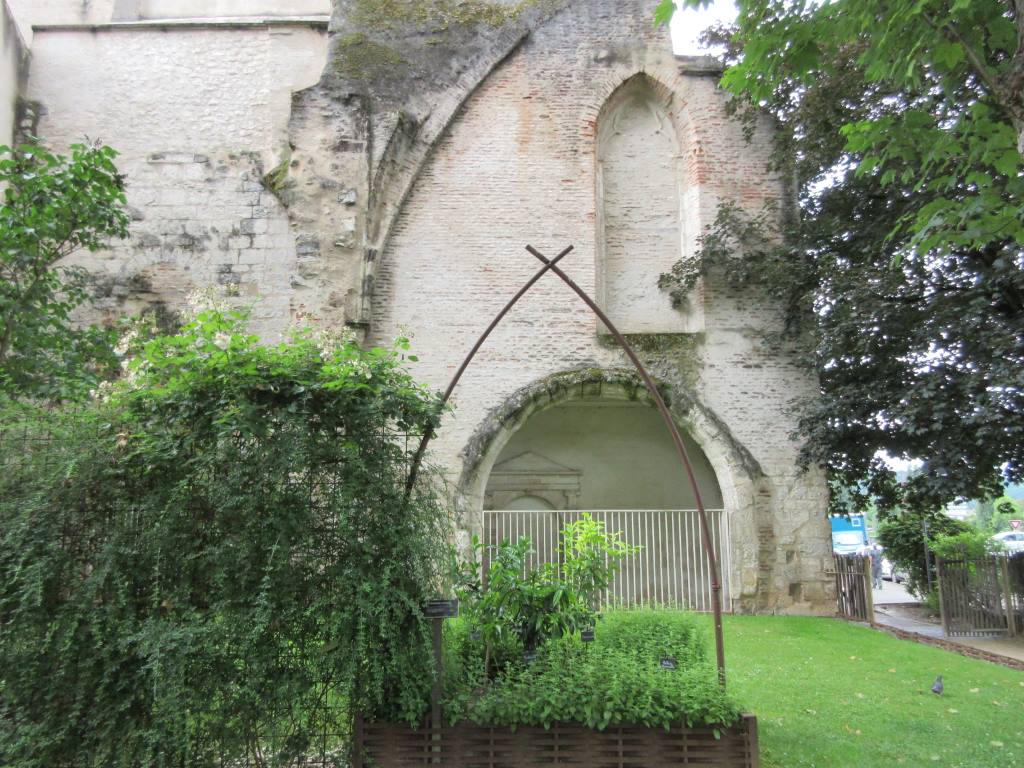 Today’s secret garden is No.9 The herb garden: Next to the Saint Etienne Church, the six plots showcase the herbs used in the Middle Ages for food, clothing and medicine. 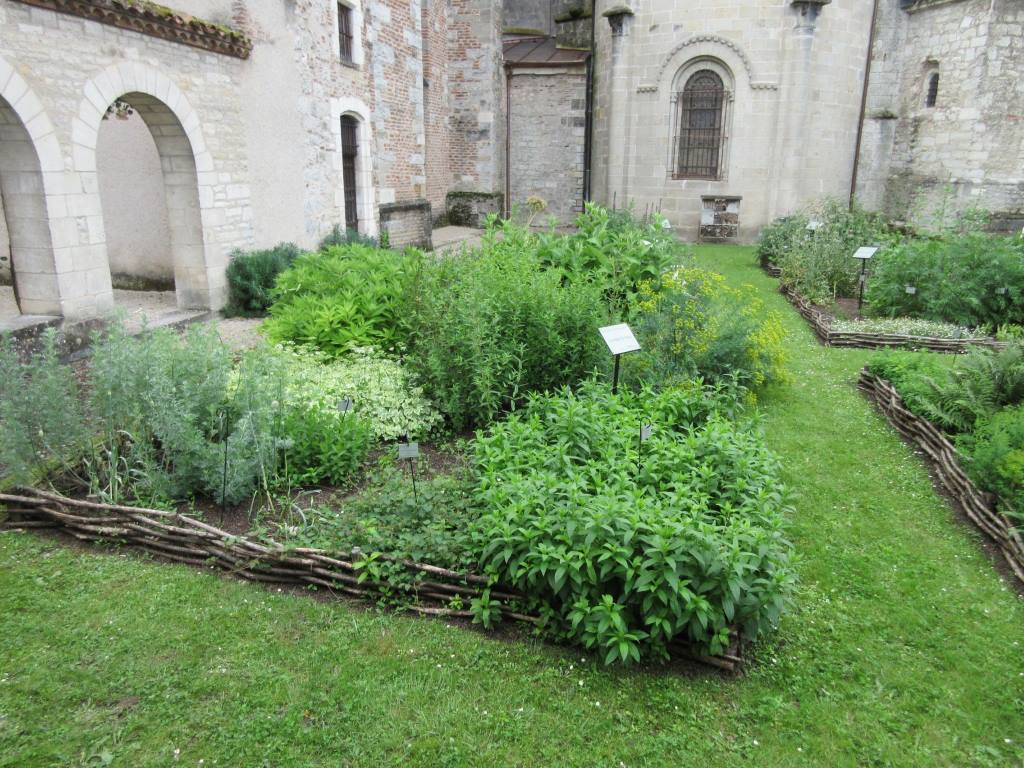 As it is also art appreciation month we viewed some outdoor exhibitions, the following two were worthy of a photo, one for its technical element and one for being bloody ugly, I’ll let you decide which is which. 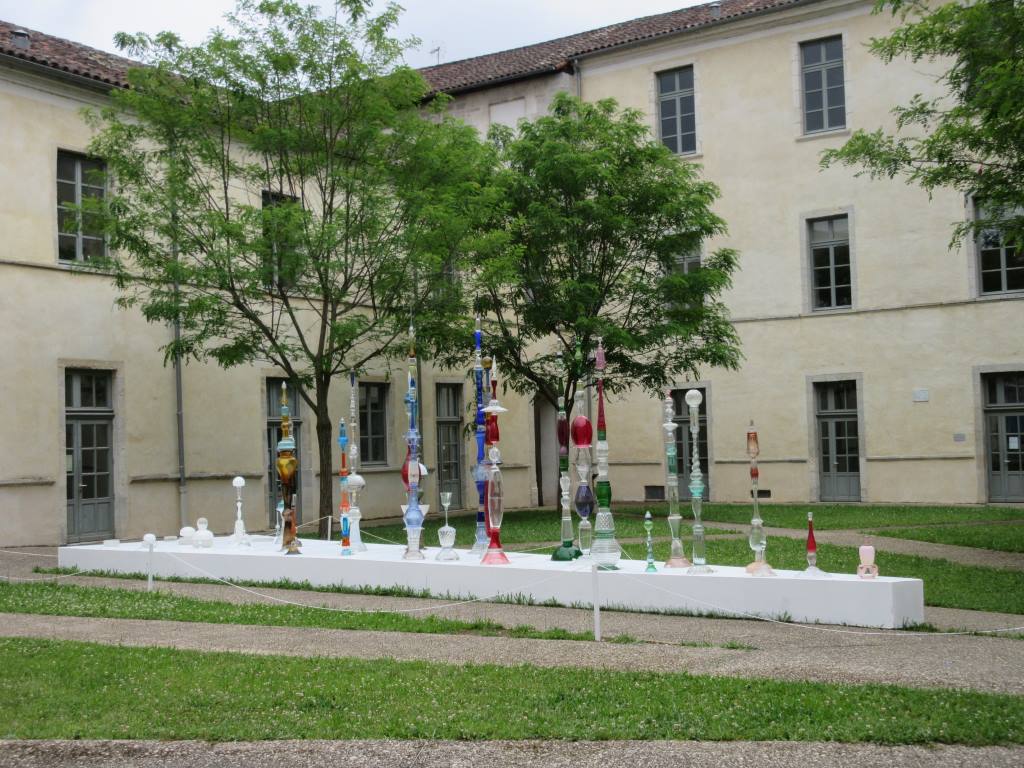 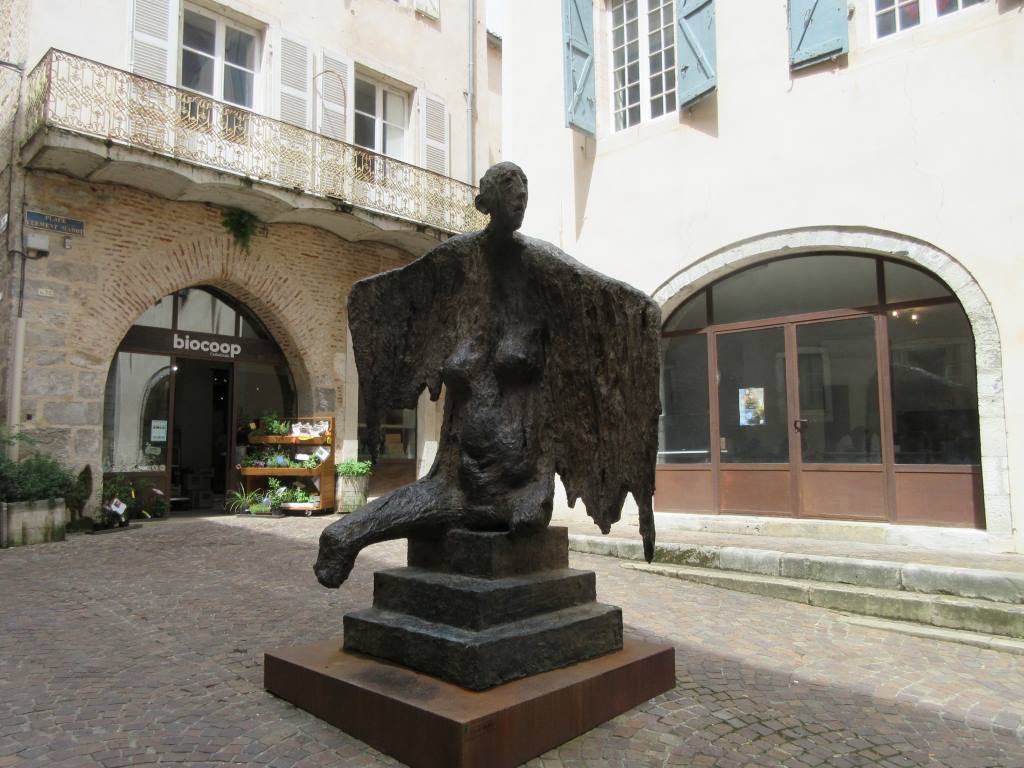