New month, new location, even the sun has made an appearance. We went into Aubeterre for the last time for our favourite baguette and to sample a coffee that our landlady said would be nice, it was apparently still rubbish. We are heading about 90 minutes further South, which should theoretically get warmer as we get closer to the equator and further into Spring. Today is Labour Day and a public holiday in France so there are few shops open, lots of holiday traffic and lots of fetes and fairs on, which bring out all the English. On our way South the police road block directed us to the ‘Foire de la Latiere’ in St Aulaye, that’s today’s French word ‘fair of the creamy’ or Dairy Farm festival. We managed to get out of it and went to a much nicer fair in Saint Meard de Gurcon, which had tables of second hand goods, plants and food stalls. 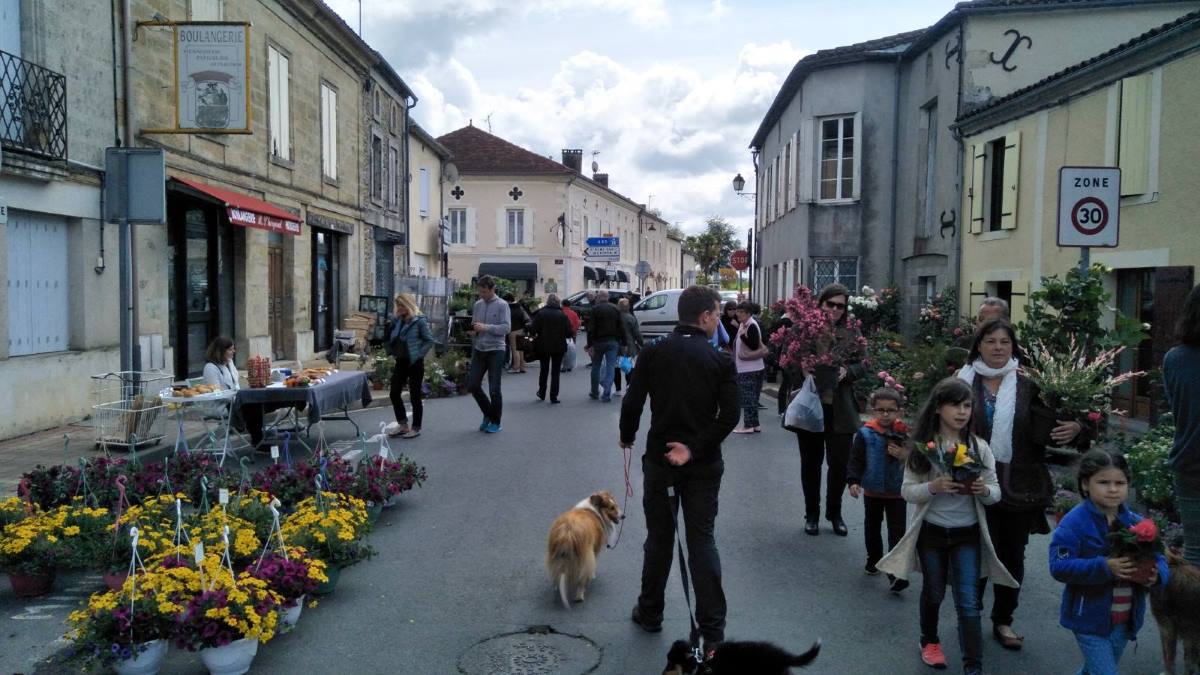 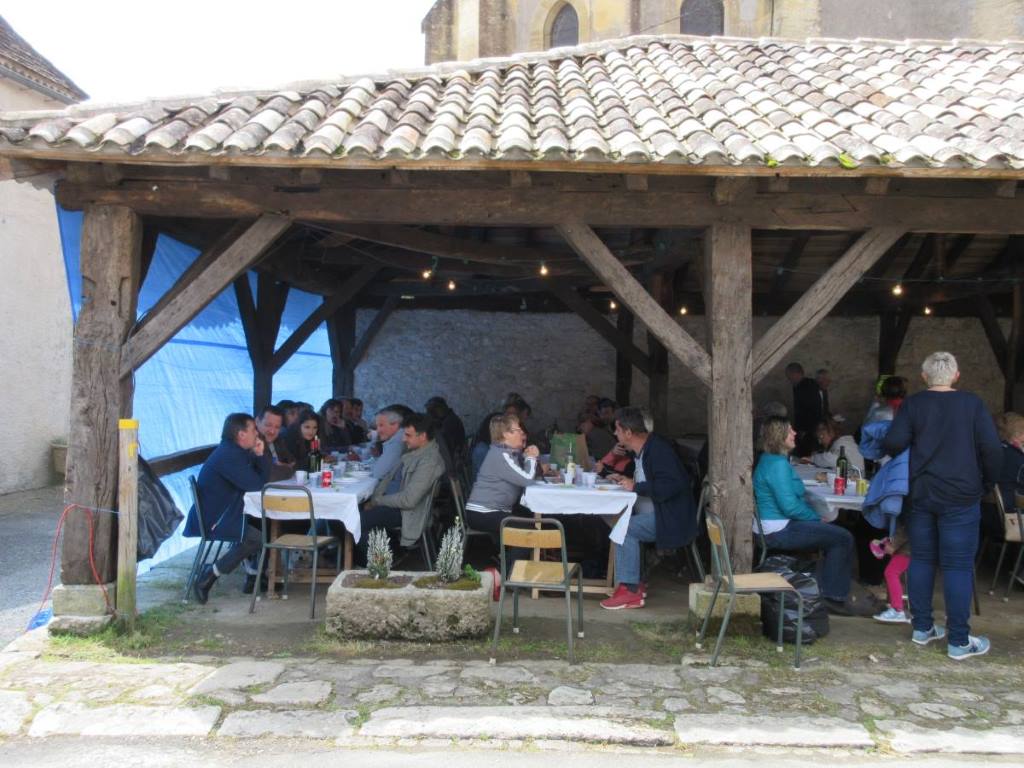 We continued on driving noting that the landscape was more viticulture and less arable agricultural. We stopped and did a few geocaches based around lavoirs, one in particular was quite special in the way the surrounding gardens were decorated with stones. 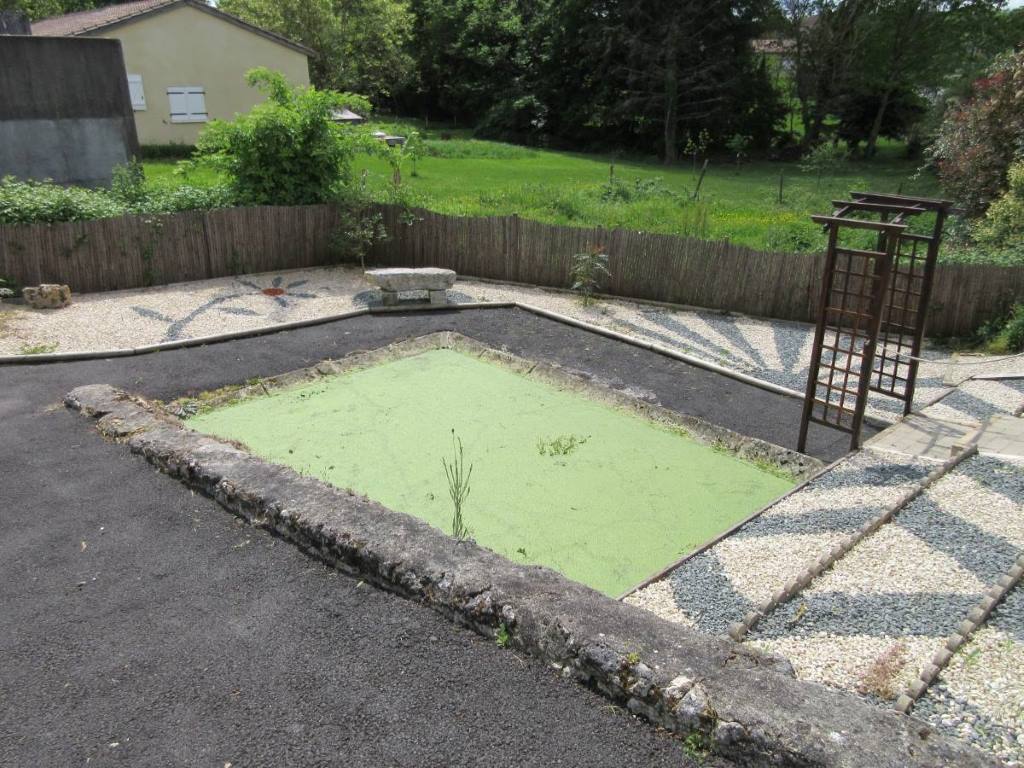 Duras has a really good website which tells you what there is to do in the area and what’s on in May, so the first event we attended before even getting to Duras which was the garden fair in Loubes Bernac. The fair is for amateur gardeners to bring their produce, swap seeds and get advice from experts. It was pretty low key, so no sales to us, but we will be back to do the town’s geocaches another day.
We made it to our new home, marketed as the petite gem, however it is a spacious 3 bedroom terraced house, right by the towns bell tower, that’s life. Our landlady is English, looks and sounds like Miranda from the TV series of the same name. She was worried about us turning up on a public holiday with no food so left us chocolate (yum), red wine and baguette. The house is a little cold, so although we don’t miss the smallness of the last house, we do miss the logfire. On viewing the deck we discovered it was warmer outside so we walked into town, 100 metres, and checked out the location of the bakery and tested the local bar. Today’s taste of France, a local beer and orange juice, yeah right, unfortunately good beer comes from Belgium. 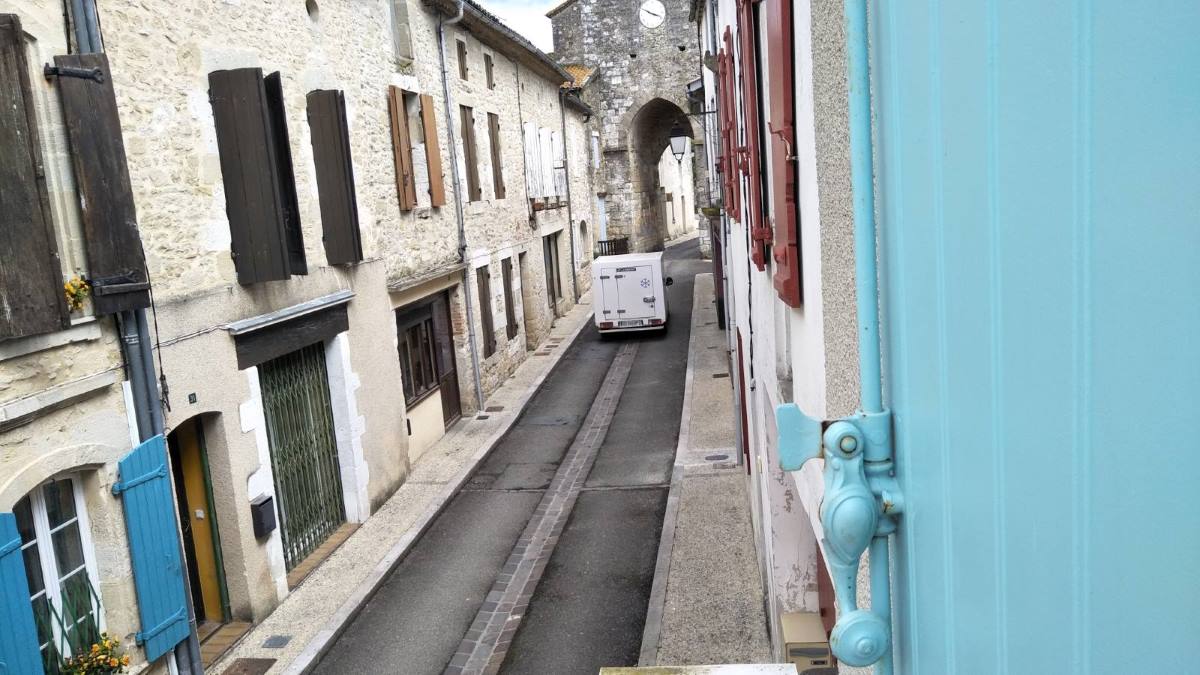