Now that we are settled in Cahors it is time to get back into discovery mode. First stop today, besides the bakery, was Catus. The town takes its name from Felis Catus, which is the scientific name for ‘wild cat’ or ‘domestic feral cat’. There is an explanation board in the town square about a wild cat that existed centuries ago in the area and is believed to have killed people. Today the town has a number of cut-out cats that sit around the covered market area and has painted silhouettes of cats on planters. 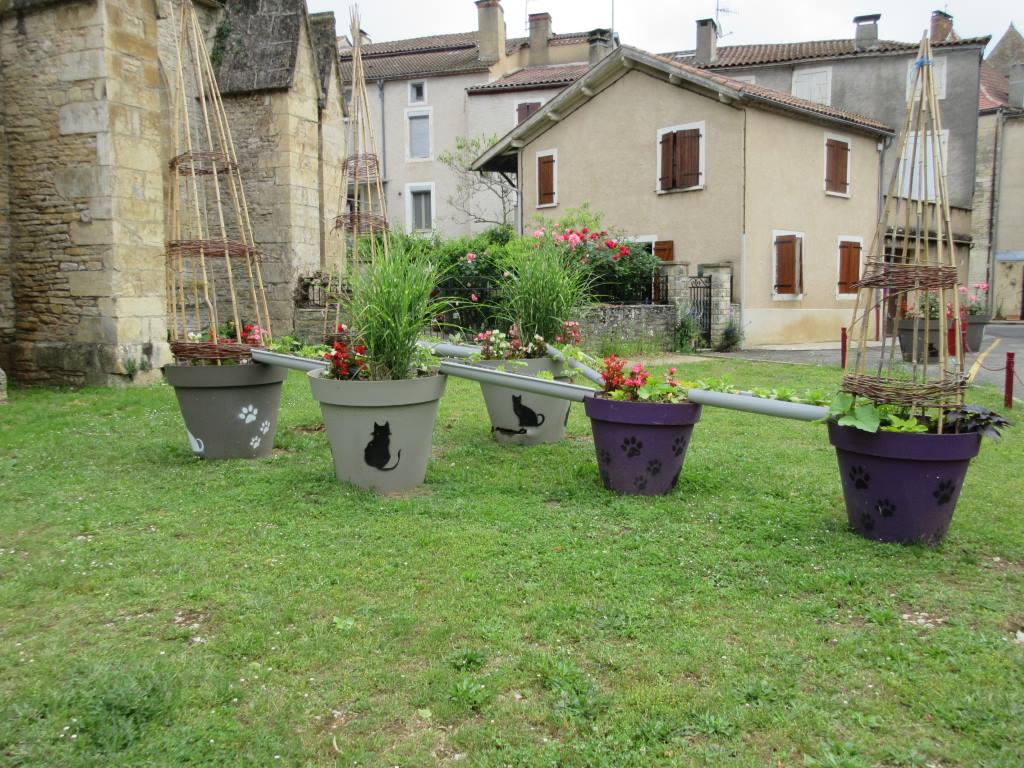 We arrived in time for the end of the farmers market and managed to sneak in a geocache at the church just before the 12.00 o’clock bells sounded. We never saw a real cat, so for all those cat lovers here is a photo of another one of our garden cats. 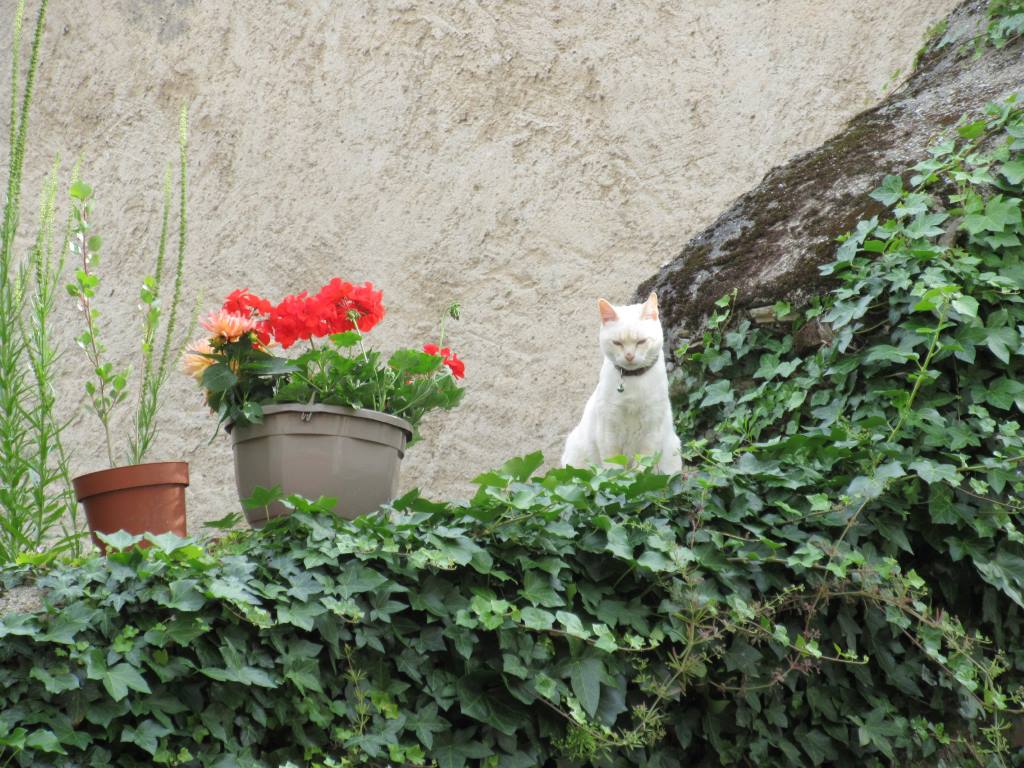 Our second lot of caches were at the lake of La Berrie, which is known as Green Lake. They lake is only open from mid June to September, however I think you can use it but at your own peril as there is a weir at one end. 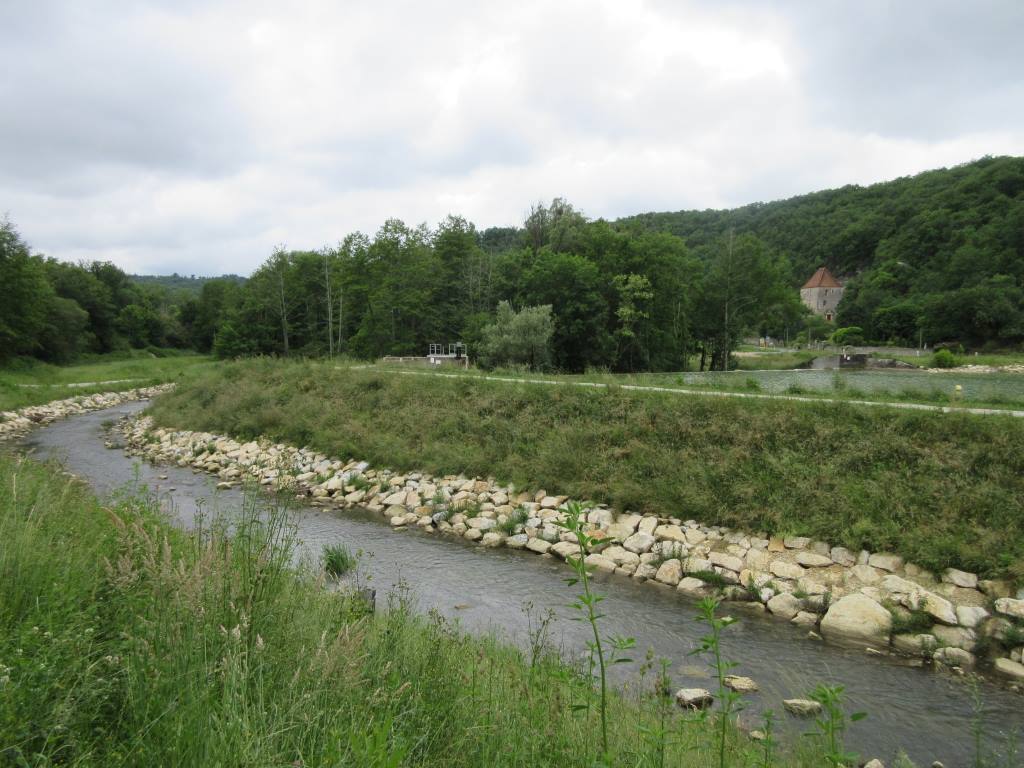 Our third series of caches were to be on a forest track in Espère, but unfortunately the rain arrived so we had to abandon that expedition. Espère is our French word of the day as Roger recalled his school French and knew it meant ‘hope’.

Rain doesn’t stop all caching though as we managed to gather some information towards an earth cache by visiting a lock by a weir, overlooked by a wine producing chateau. I now know all about meandering rivers, concave and convex corners in relation to river flows and about Malbec grapes and the wine of the Mercues Chateau. 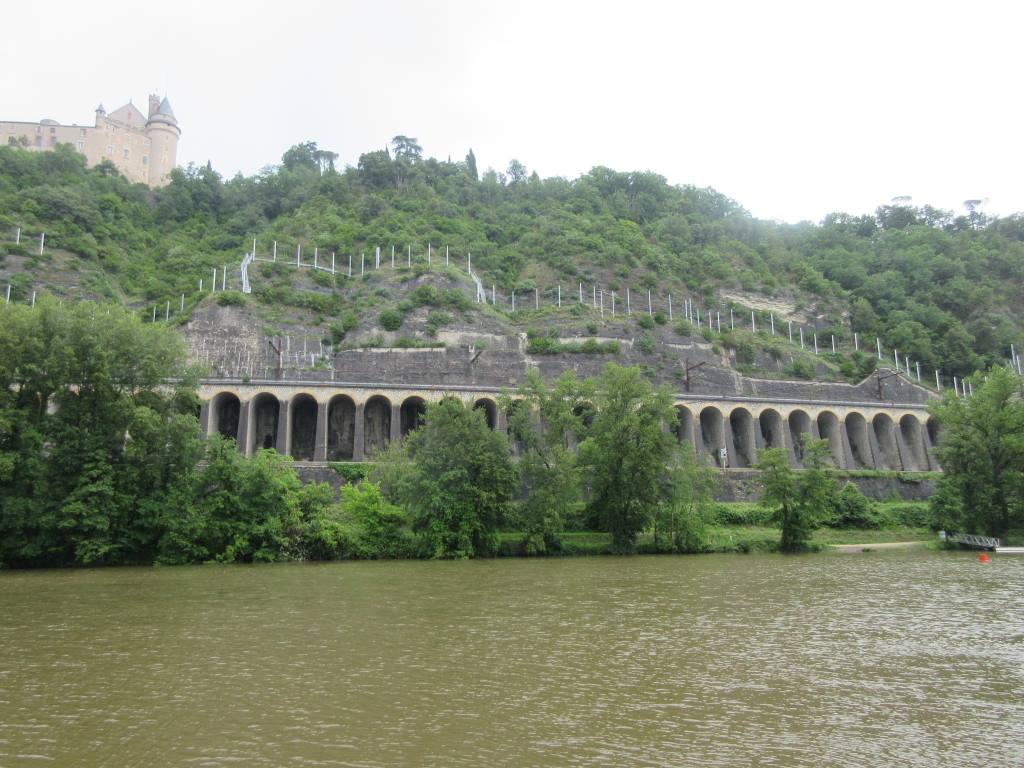 Lucky for Roger when we got home the rain had stopped and he could make the walk to rowing. I accompanied him as if it was his first day of school, however yet again we had the wrong time due to translation errors. So what better opportunity than to discover another Cahors secret garden, this time it is No.19 the Pilgrim’s garden. As Cahors is on the pilgrimage trail, the garden welcomes pilgrims with a meditation area of peace, quiet and relaxation though the use of scents from herbs such as sage, mint and verbena. 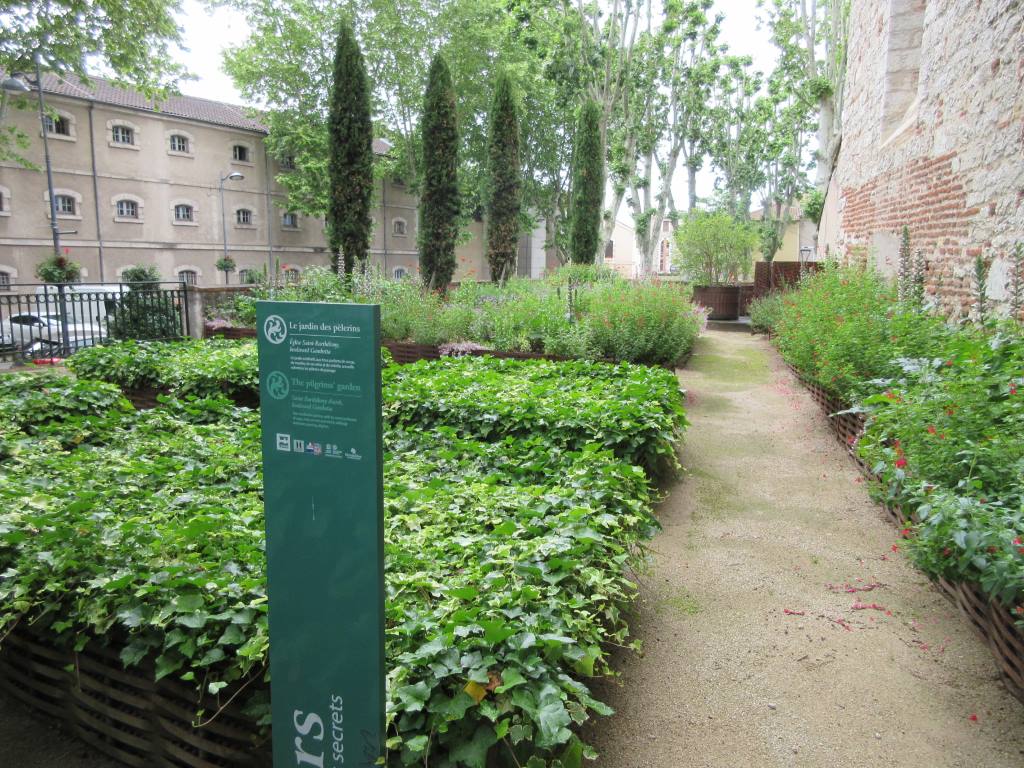 While I stayed home and did the domestic chores Roger returned for his row. However nobody else showed except the lady he had arranged the row with and she obviously had heard about Roger’s rowing and found something else to do. With the club supervisor on patrol, Roger was allowed to row in a single for as long as he wanted to, further proof that Cahors is our place in France.

Today’s taste of France comes from our home cooked turkey curry with essence of the Islands. Unfortunately half way through the preparation stage I remembered we didn’t have any coconut cream and therefore a touch of New Caledonia was added via a pineapple yogurt.