We chose the 15th century town of Juignac on the historic Saint Jacque pilgrim trail to visit primarily for the geocache, as it is Sunday in France and normally nothing is open. 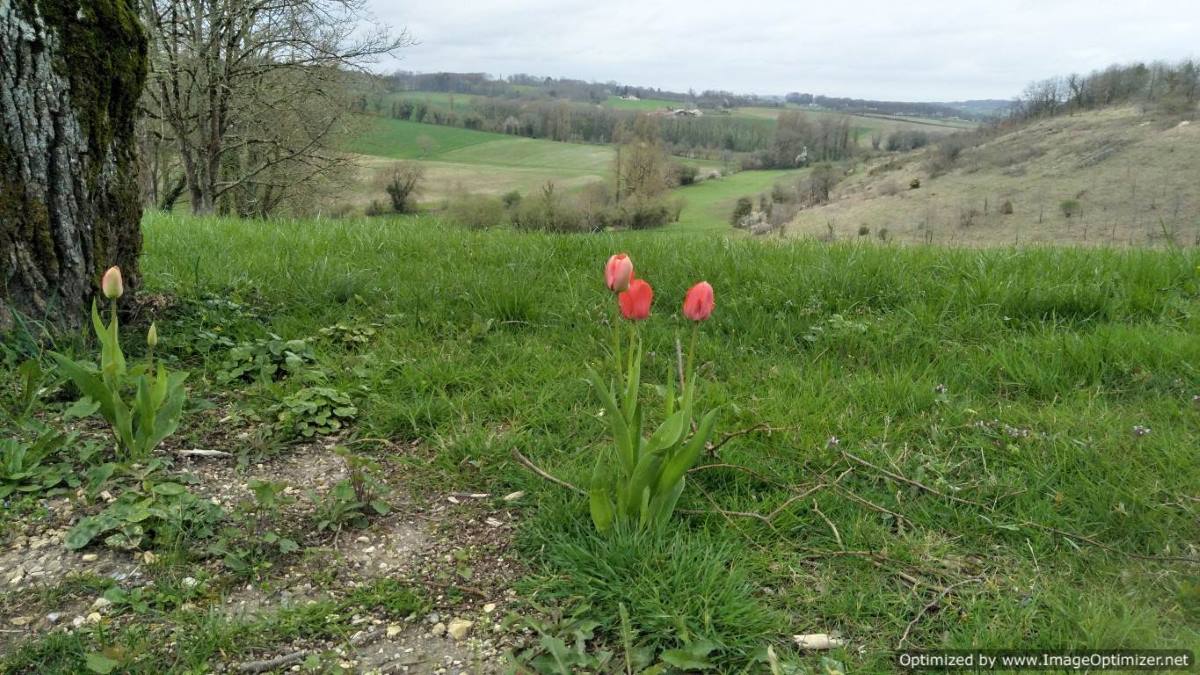 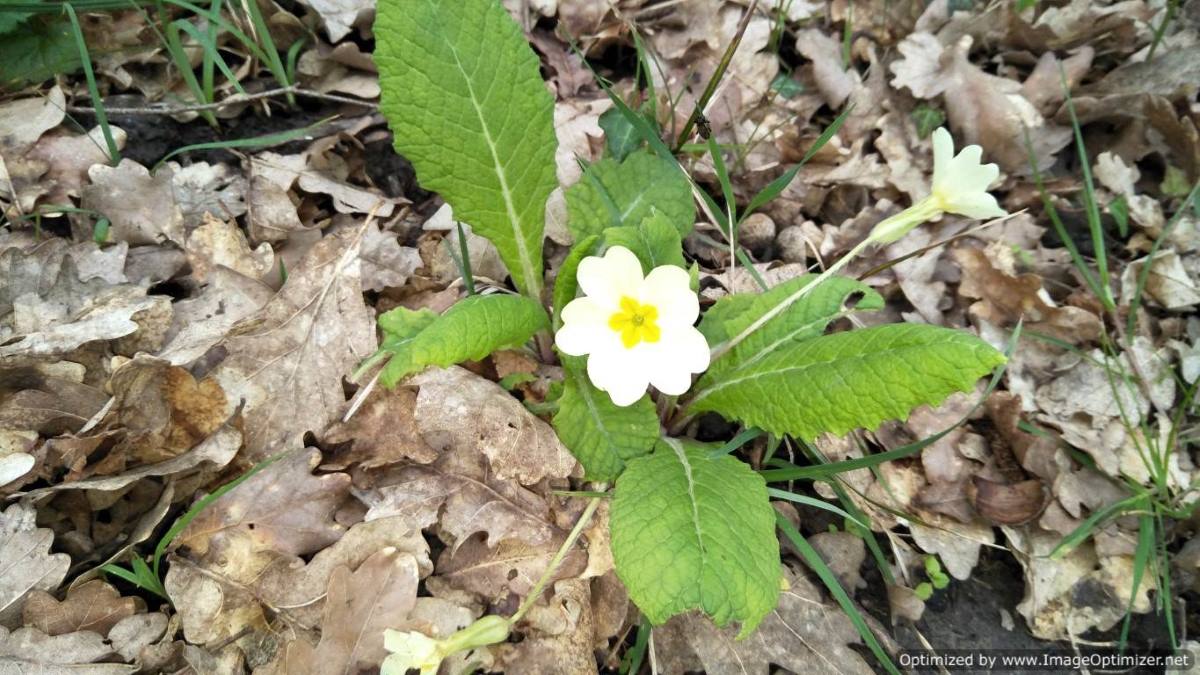 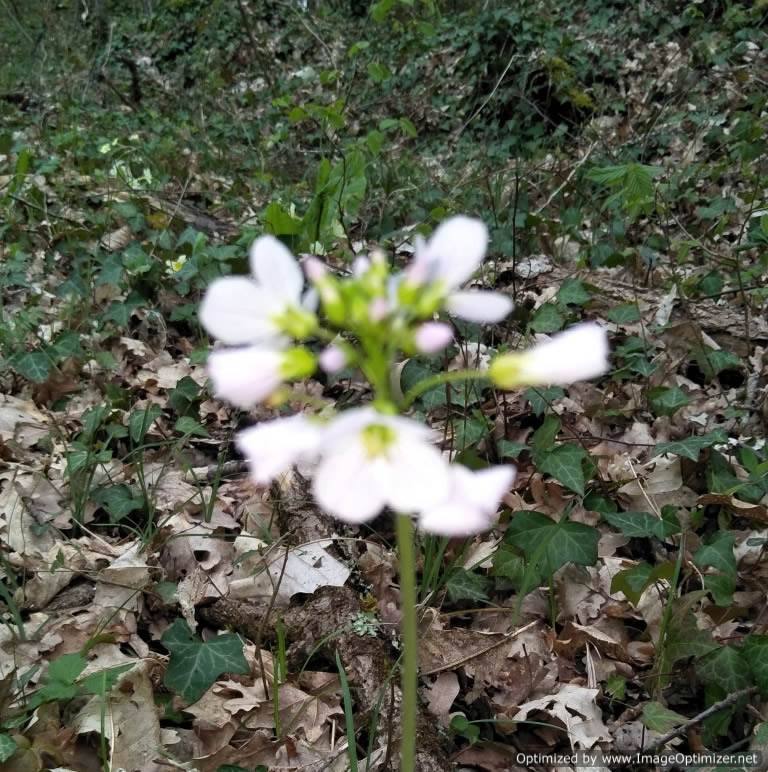 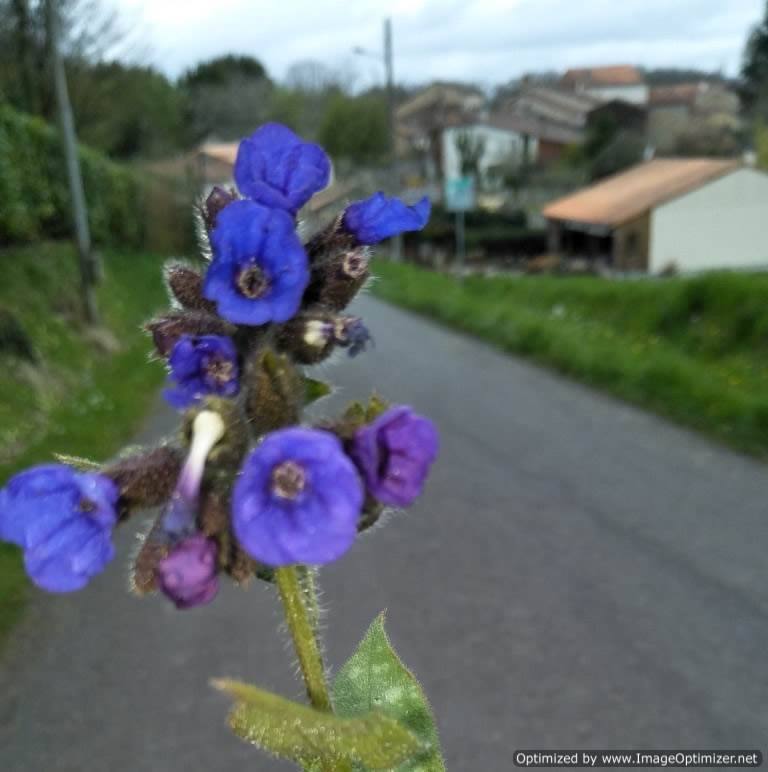 The cache has many waypoints and takes you from the town through the colourful flowered fields on the pilgrim trail to the former castle and now Abbey of Maumont.

The town has maintained many old features such as the well, housed in a small protective shelter, an old church and a Greek column. Nobody can explain what a Greek column is doing in the town but apparently there were once 7 of them. 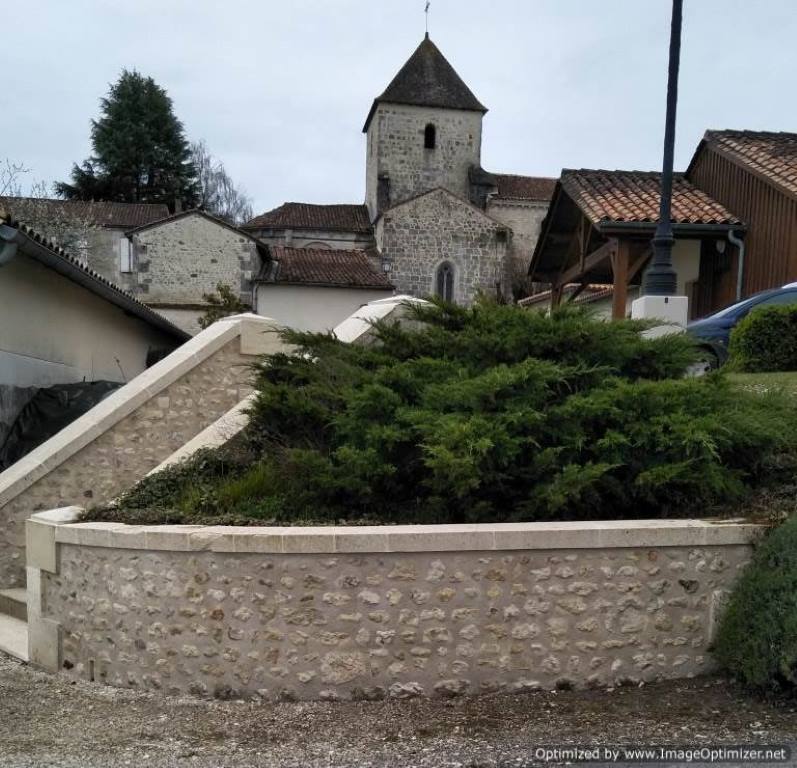 Today’s taste of France came from the Aubeterre market, baguette and fromage Morbier, which looked like brie with blue vein running through it. We have since learned that it was ash, from the old times when the afternoon milk was added to the morning’s leftover milk to make a full round. The cheese was nice but our landlady told us not to buy cheese from the market because they charge too much for poor quality cheese not produced locally. We did notice the man trying to cut more than we wanted and weighing it after it had been wrapped in thick paper. It cost us NZ$15 for 300 grams including paper, that’s life, lesson learned. The interesting feature of the market today was 6 different types of oysters and a variety of shellfish. 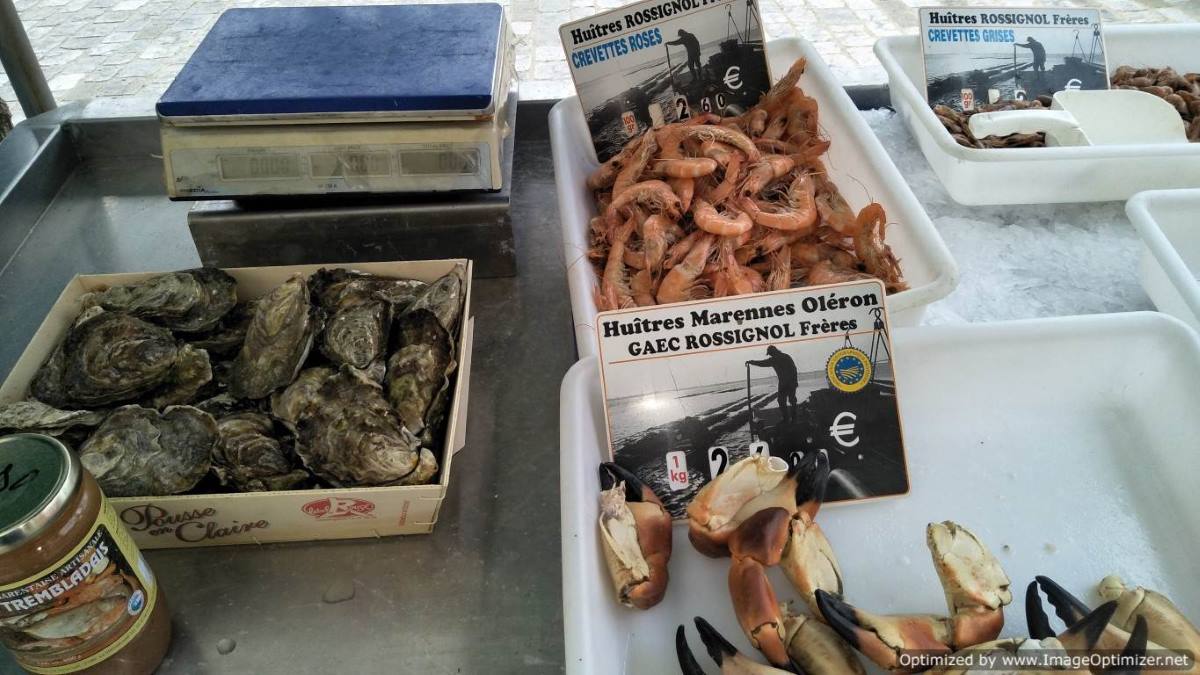 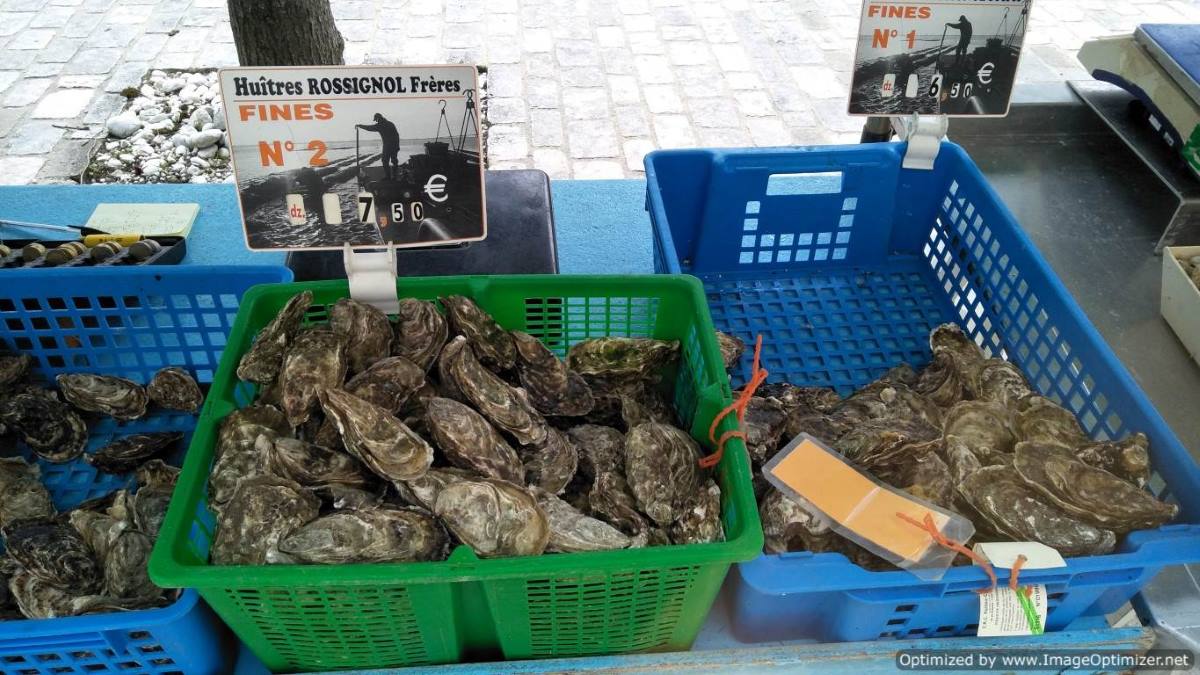 New French words of the day are droite = right and gauche = left. These words became essential because after becoming bored with the English GPS voice, Roger decided to change the setting to French; makes driving interesting!