Today we headed back to two towns previously visited to tick off some more “Cultural Immersion” activities. Number 3 on the “Cultural Immersion” list is the SPCA charity event in Agnac, the town that promotes itself as the ‘zone of activity’. After a long drive in the country to a cattery run by English people, patronised mainly by English people (French leave the cat at home to fend for itself) we arrived at the property where there were a dozen English people, a few stalls and a lot of English short crust fruit slices and English second hand books to purchase. There were games for the kids and a beautiful friendly French speaking cat to welcome you. We sampled the cakes at €2 each (all proceeds to the SPCA) and got a tour of the cattery. For €12 a day your cat from England, with passport, can stay in a large, spacious, private run with accessories. Apparently they all adopt the French way of life and sleep for 2 hours at lunchtime. Unfortunately I didn’t take a picture of the event, the cattery or the slices, so below are two photos, one of their sign and the other of a strange object on the neighbouring farm. 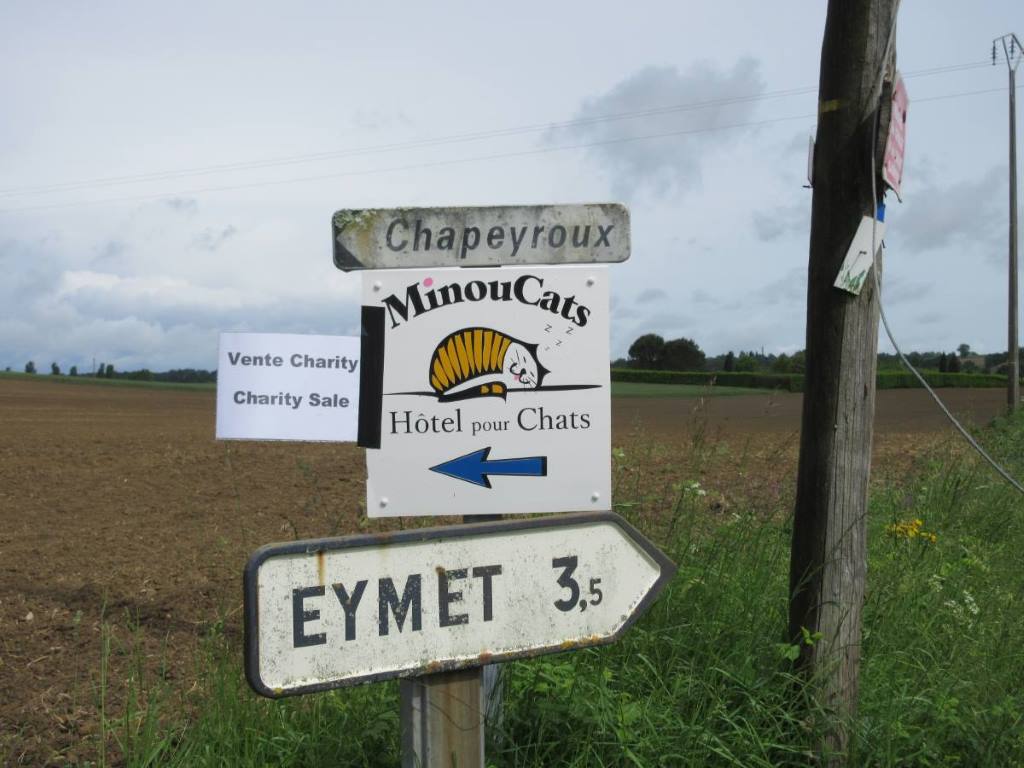 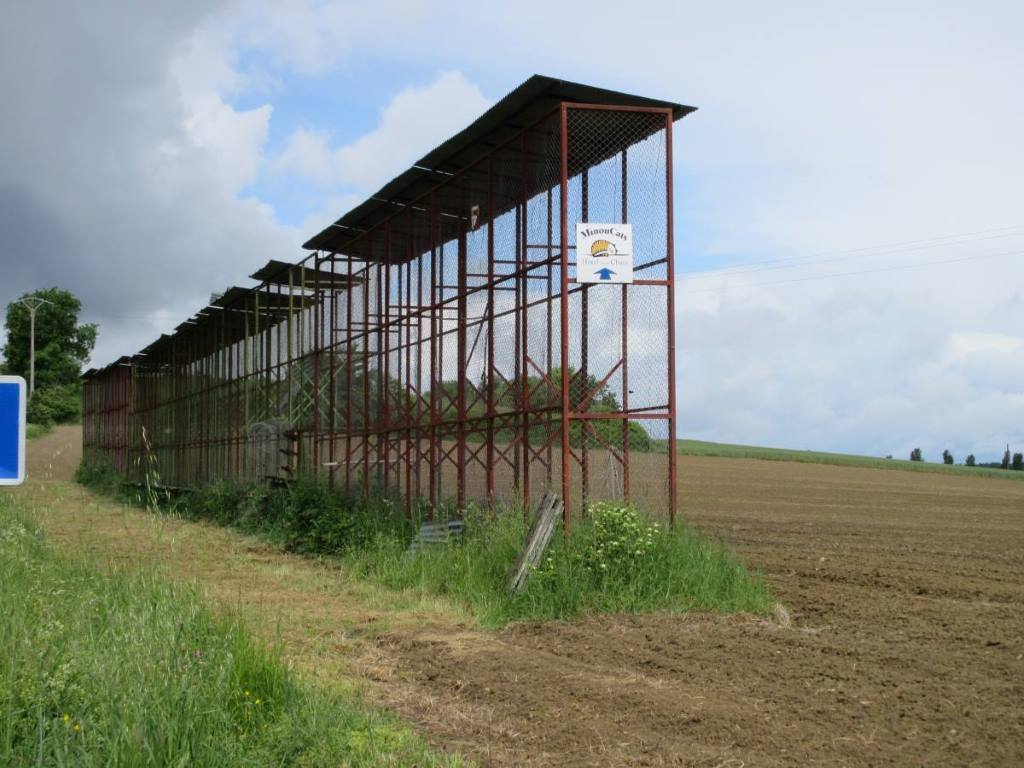 After our French siesta we went back to Sainte Bazeille for “Cultural Immersion” number four, a strawberry festival. Although the festival has been going all weekend I have chosen for us to only attend on Sunday after 2.30pm because that is when the highlighted events are on, in my humble opinion. We got a free carpark within a couple of hundred metres of the event, free entry as with most French festivals and have on offer a large variety of food stalls, sideshows, trade stalls and entertainment. First on my list is today’s taste of France, the giant strawberry tart (well, it was kind of several put together). For €1 you get a slice of pastry topped with strawberries and crême anglaise, today’s French word = light custard cream. The tarts have been made by different bakeries so the pastry type and cream varied, as well as the type of strawberry used. The tarts were divine and somehow we ended up at the front of the queue so we didn’t have to wait long. 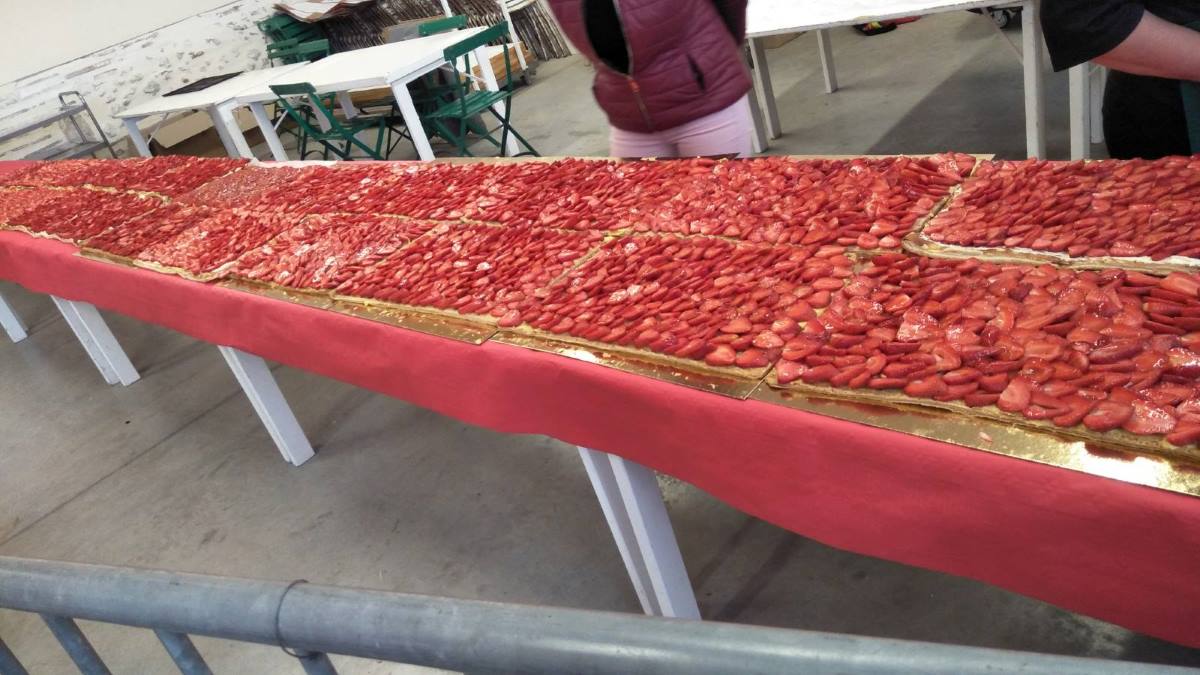 Next on the strawberry festival list was the free concert by ‘Generation Hallyday’ who are a tribute act to Johnny Hallyday, apparently he was France’s equivalent to Elvis. (Note from ed: Elvis didn’t die, he went to France). While waiting for the band to start we had enough time to check out the stalls, the other entertainment, rest in the dining tent and eat some more. This time I tried the money bag crepe filled with strawberries and cream €2.50, another 5 star experience, and Roger tried the large punnet of fresh, sweet strawberries €3.50 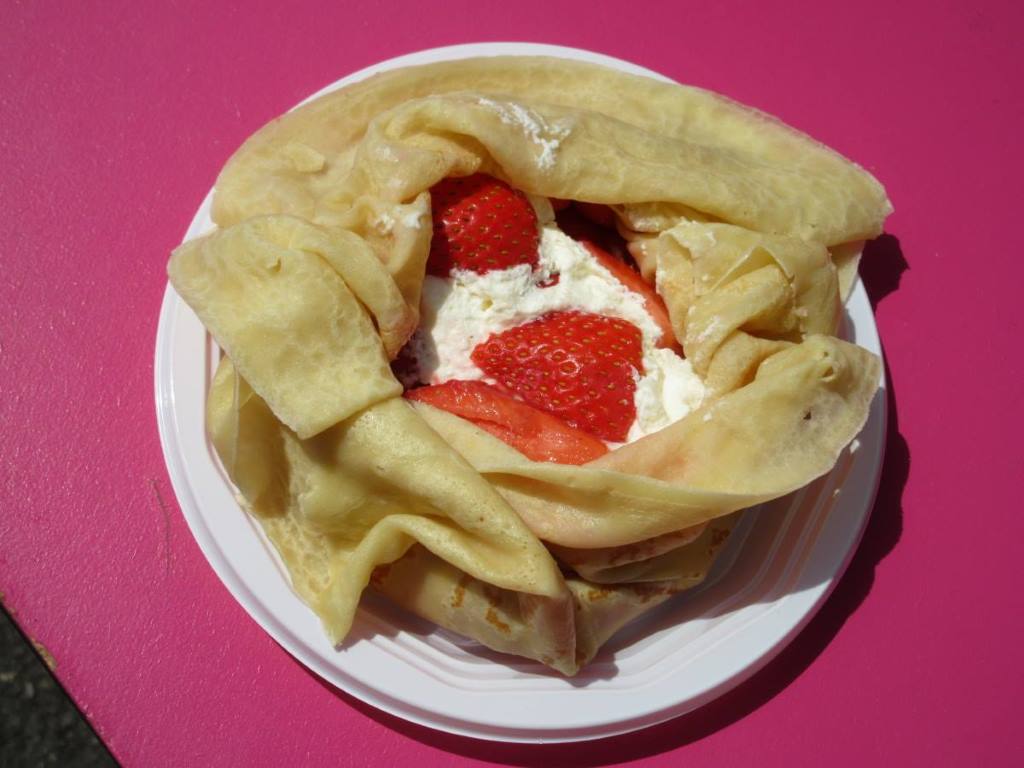 The band started, the people gathered and I stood there annoyed for most of the two hours because I could recognise some of the tunes but couldn’t work out the English version. The music was supposed to be for ninety minutes but three or four encores later they were still going. Here is a video clip of a song that sounds familiar but is in French.

Last on the strawberry festival list is the ‘rapid strawberry eating competition’, as it was getting late and cold we just stayed for the little kids, see video below.

All in all it was a great festival, we had a good time, loved the food and music, the whole event cost us €8 which was all food and there was hardly a sign of over managed health and safety. 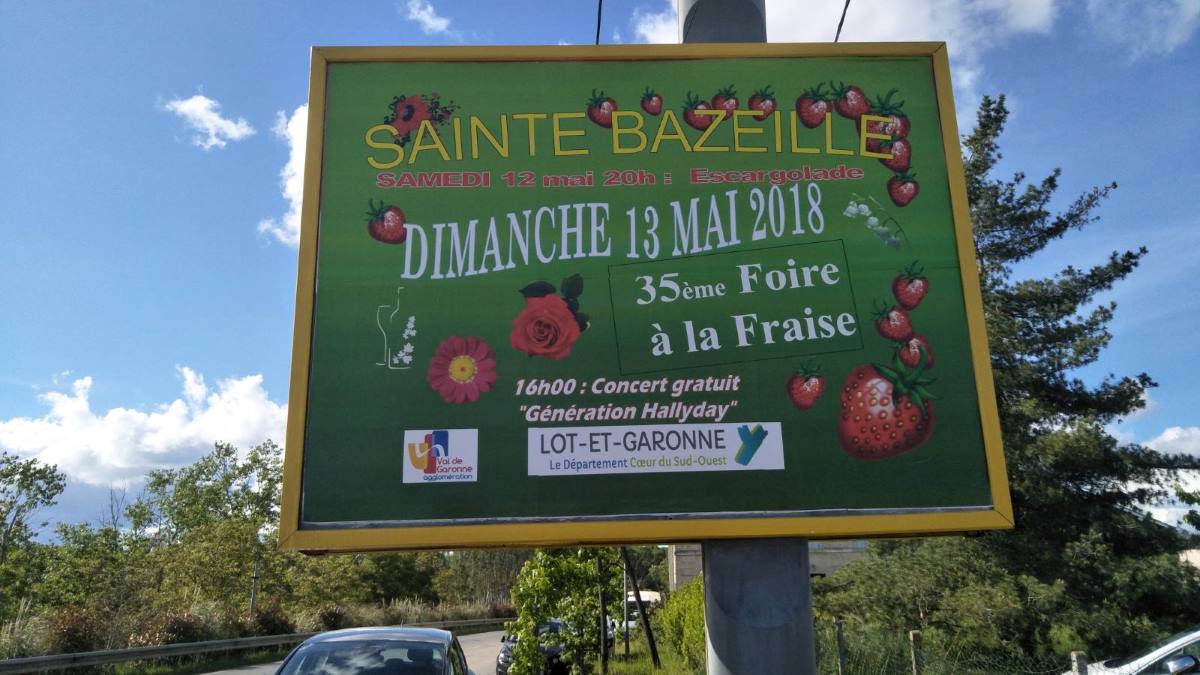