Today’s journey took us on a history tour north, visiting all of the chateaus and churches that our landlady suggested. However before we started we met our Matamata neighbours and went back to Juignac to complete yesterday’s geocache, much easier on the second attempt.

First on the list is the 11th century priory of St Jean-Baptiste and the legendary fountain in the town of Ronsenac. Unfortunately for us we arrived during lunchtime and in a town with no wifi so we were unable to go in the priory or do the cache at the fountain. So below are photos of the exterior of an old church and the source of the pure water that feeds the local river and supposedly has miraculous powers. Historically it was used as a bathing place and a wash house, now it houses some fish and somewhere hides a geocache. 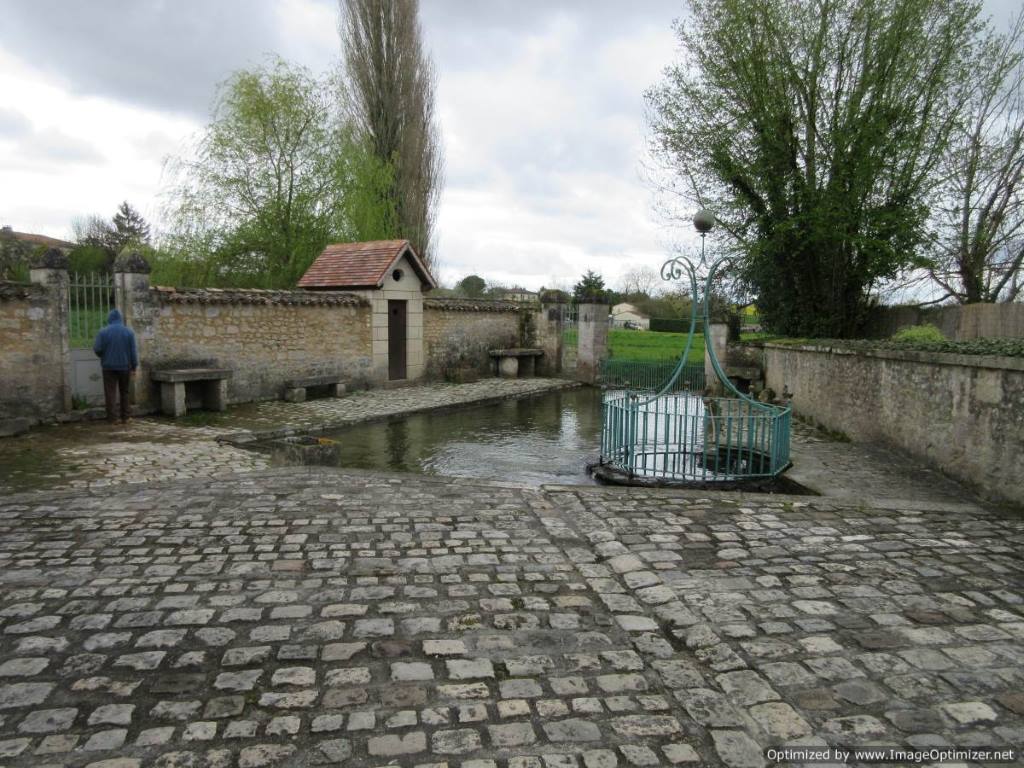 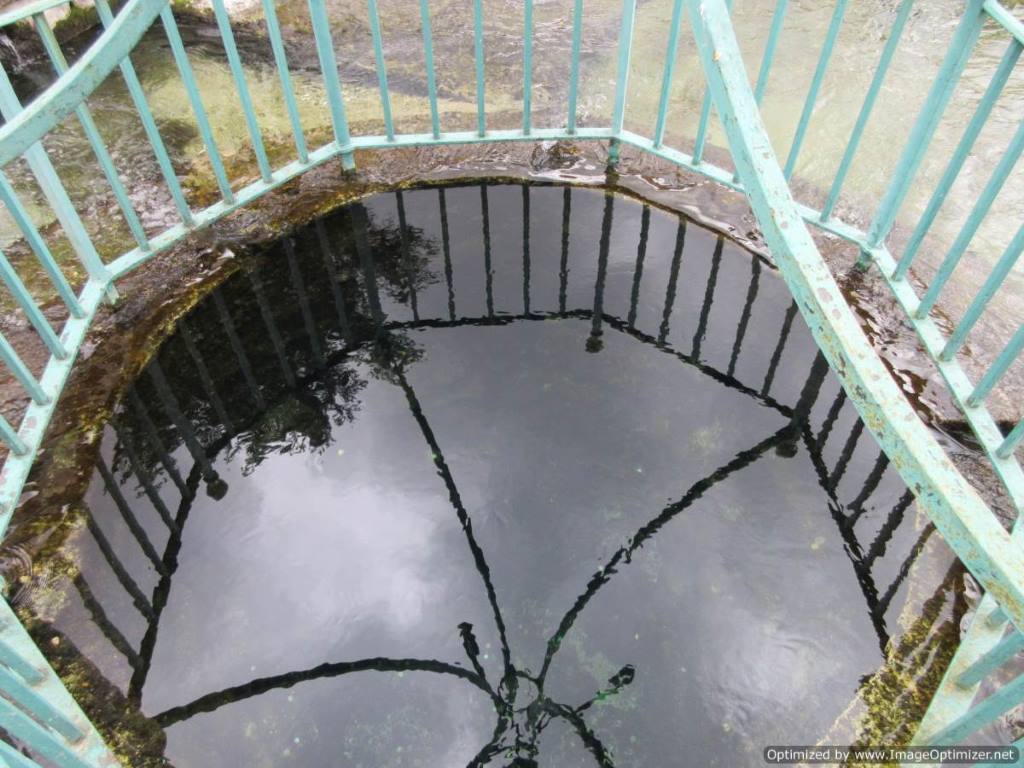 Second on the list is the 19th century Chateau de la Mercerie in the town of Magnac Lavalette Villars. Not exactly old, it is an overpriced attraction for tourist and a joke for the locals as some guy decided to build himself a Versailles but never got around to finishing it. Most of the chateau is just a large façade, so we didn’t wait until opening time to pay NZ$20 each to visit it. 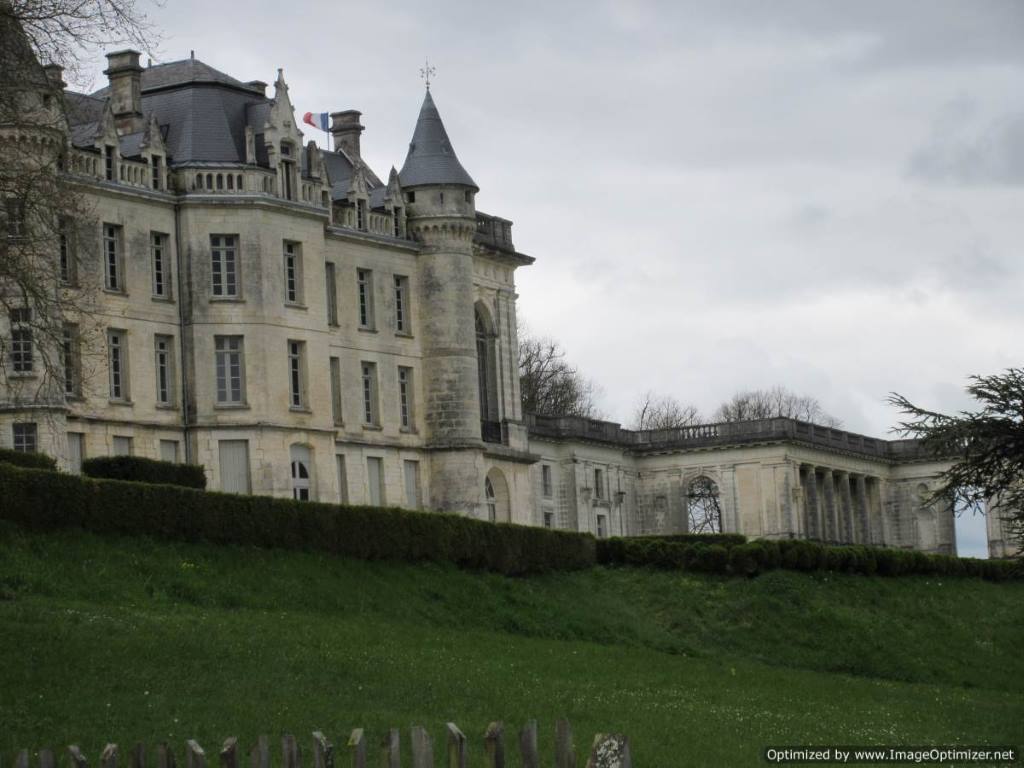 Lunch and diesel came from Super U today, another shopping expedition that took over an hour for a few things, but we now have a Europe adapter plug for cellphones rather than charging them off the laptops or the car.

Third on the list is the 1,000 year old Chateau de Villebois Lavalette in the town of the same name. Incredible history because it has been used and maintained over the years by various lords, dukes, abbots and currently a real estate entrepreneur. He owns several similar chateaus and allows archaeological excavations and tourists to discover their vast historic past and at the same time he spends thousands of dollars restoring them. For NZ$5 each you can give yourself, an English guided tour of the chateau and outdoor latrines. 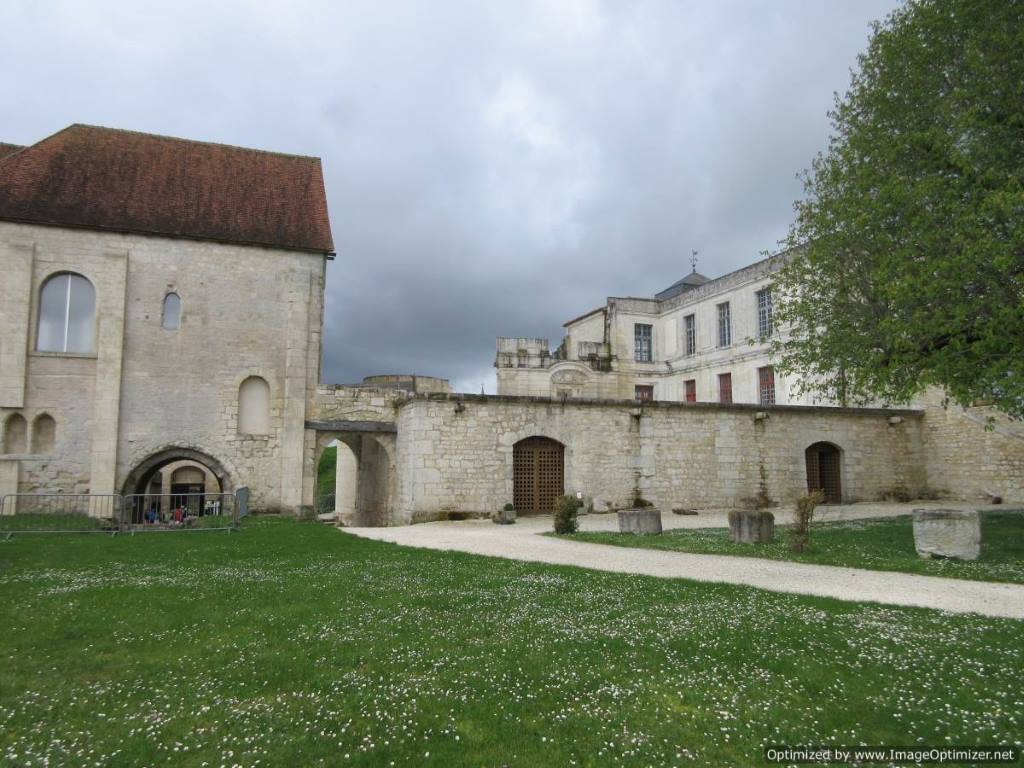 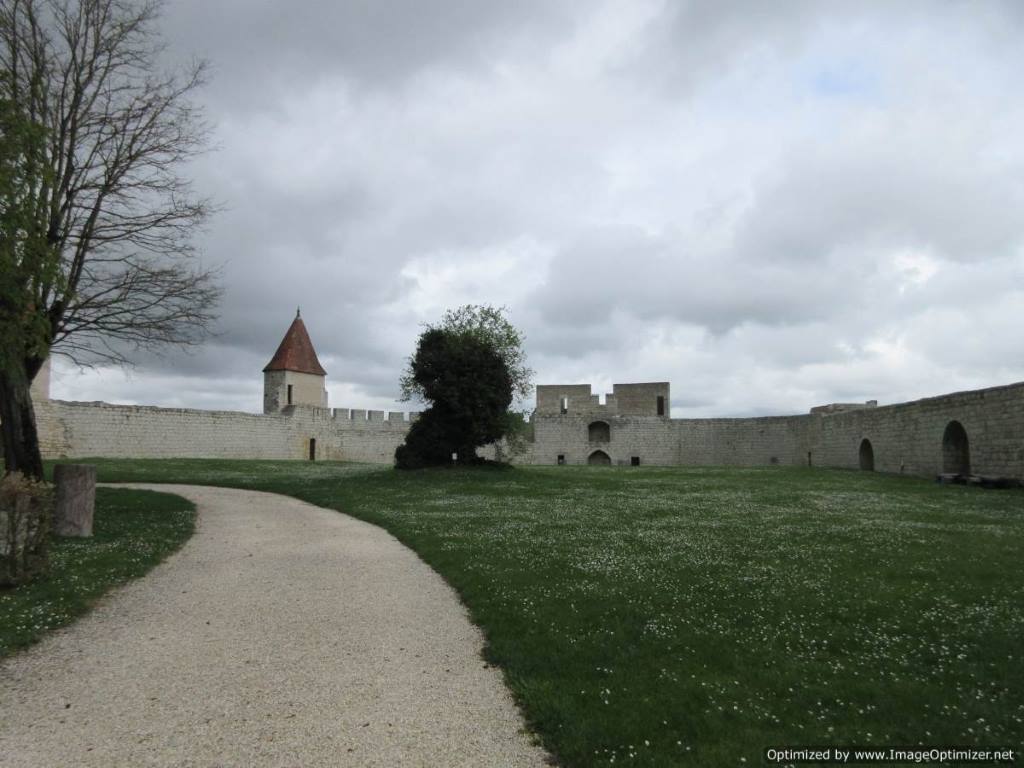 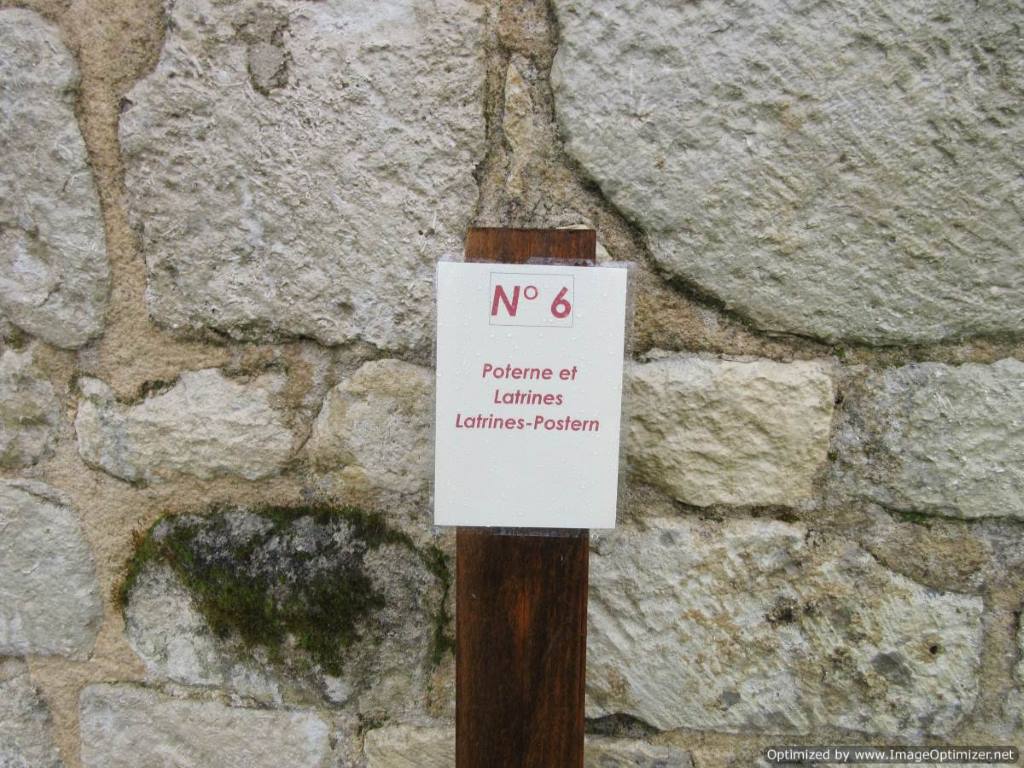 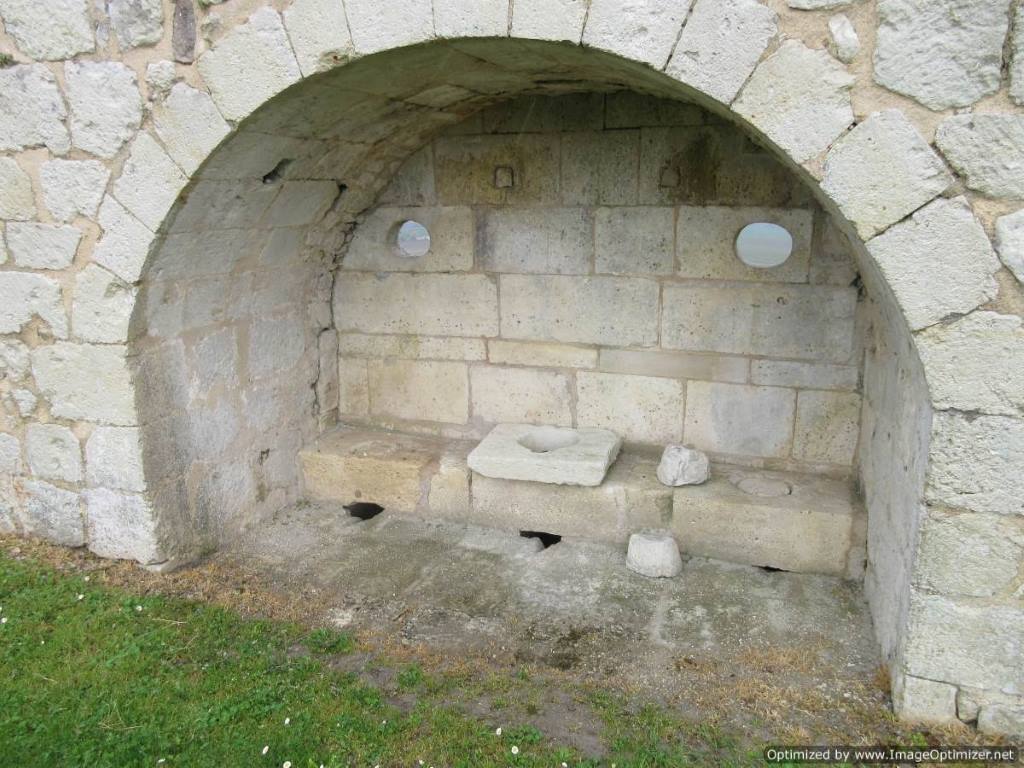 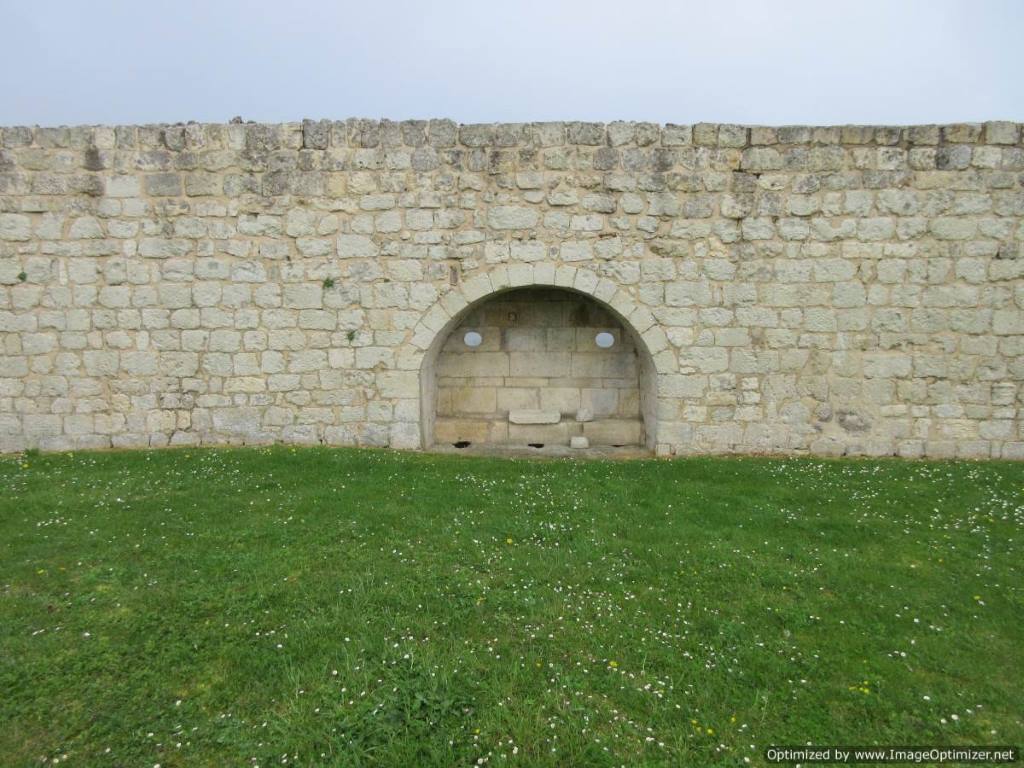 Fourth on the list is the former monastery and 12th century church of Rauzet in the town of Rozet, Combiers. The church has been restored and is open to the public for free. You can also walk around the area and see a traditional Feuillardier hut, priory foundations, exposed walls of the church to see how they were constructed and a very old tree carved intricately into a couple of characters. Inside the church you can see details of the excavation and restoration work going on, which shows a vaulted ceiling made from stone not wood. Also at Rozet you can read information boards about the demarcation line, or free zone, resulting from the German occupation of Northern France. 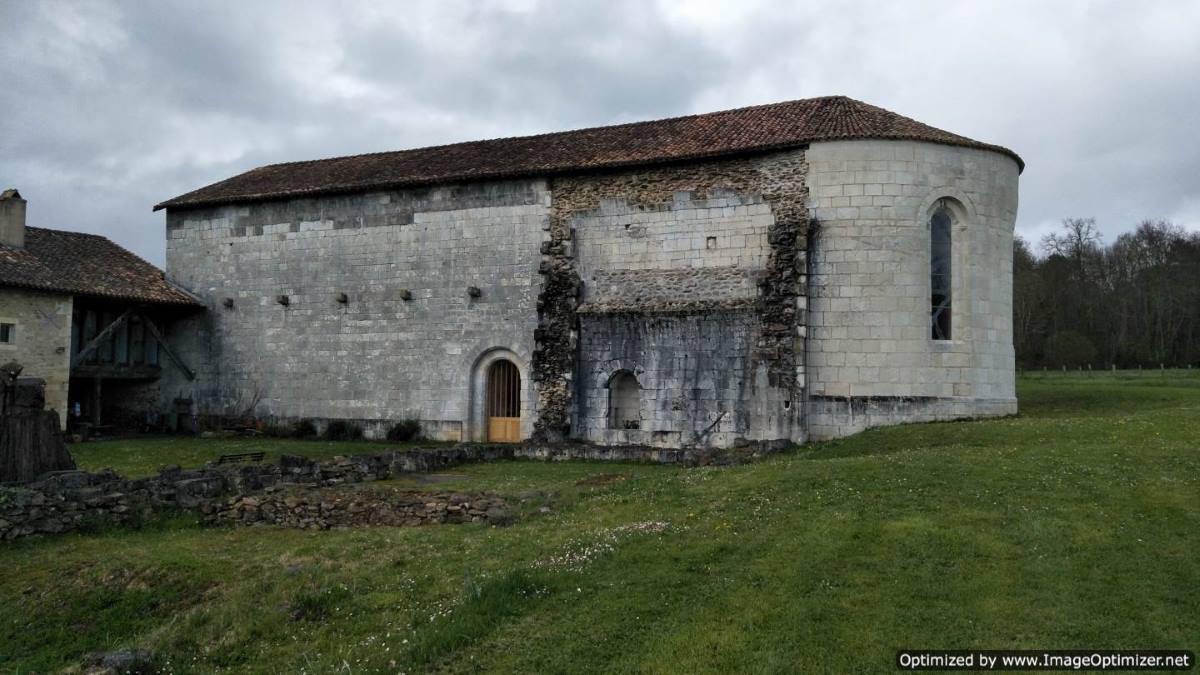 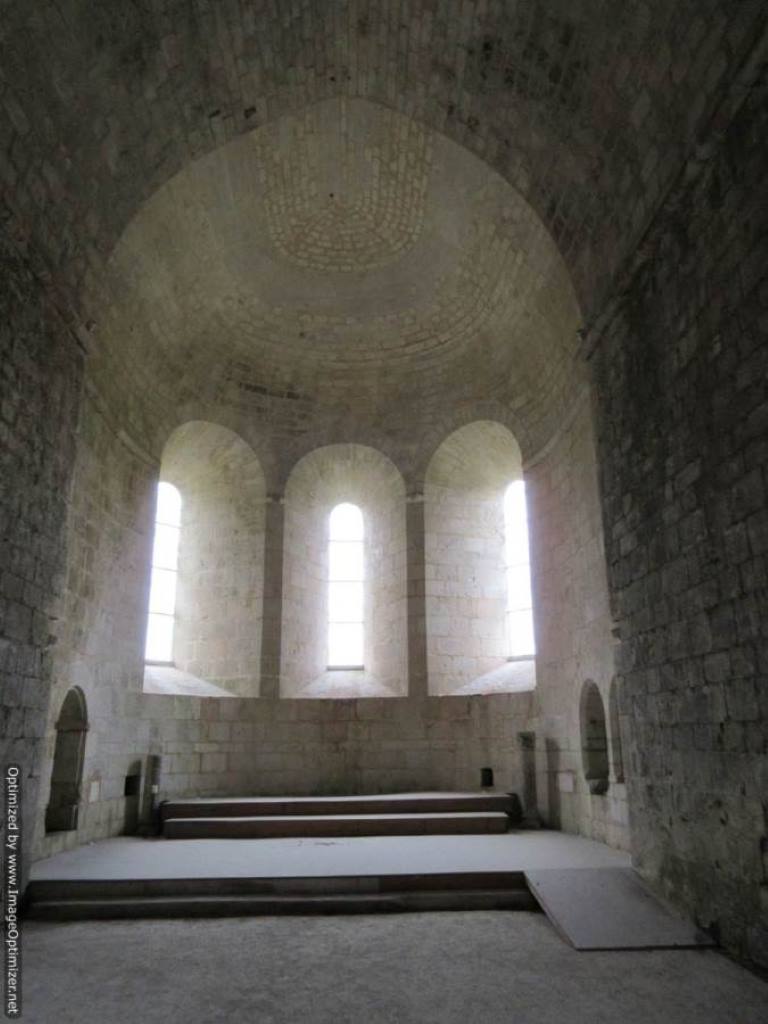 When the Germans occupied France the French did a deal where those in the south or the Free Zone were not subject to the harsh realities of war, but of course the Germans controlled the border and therefore a resistance started up, smuggling people to and from each region. For further information read http://www.cheminsdememoire.gouv.fr/en/demarcation-line-1940-1944 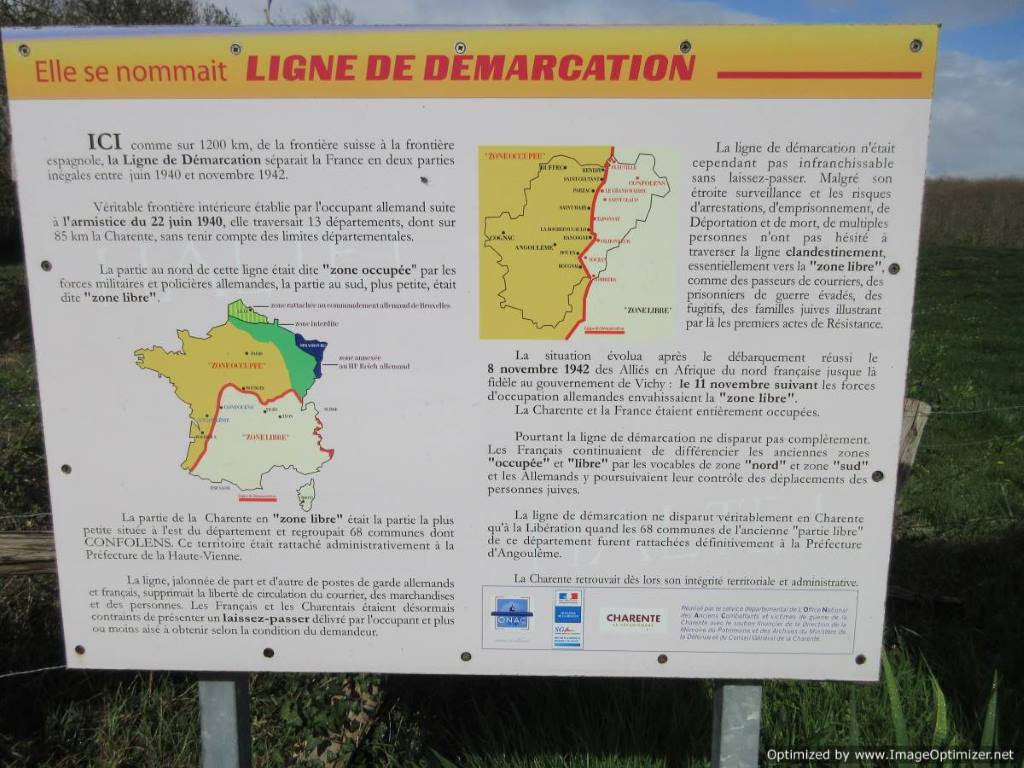 Fifth and last history lesson for the day is the 11th century chapel of St George dug into the side of a hill. Another free attraction if you don’t mind a small walk down a lane and a few warning signs. The locals have built their houses on top and around the chapel and appear to keep the site clean from vandals. The amazing feature is not just the amount of work involved in carving out the chapel but the tombs carved into the rock at the entrances. 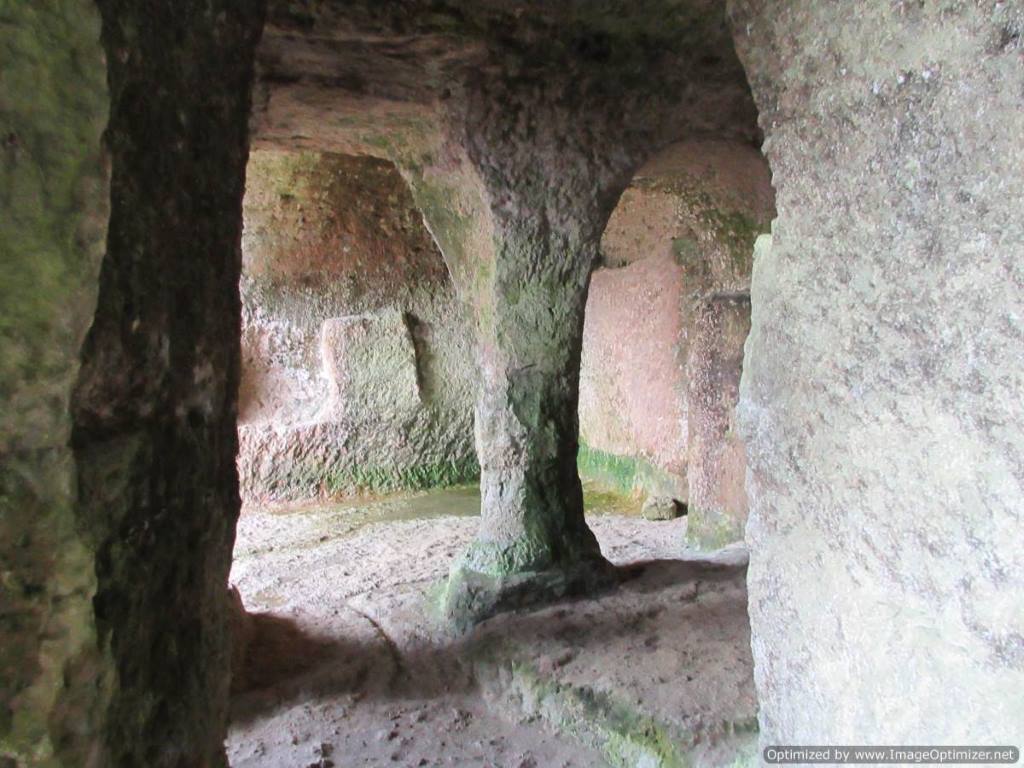 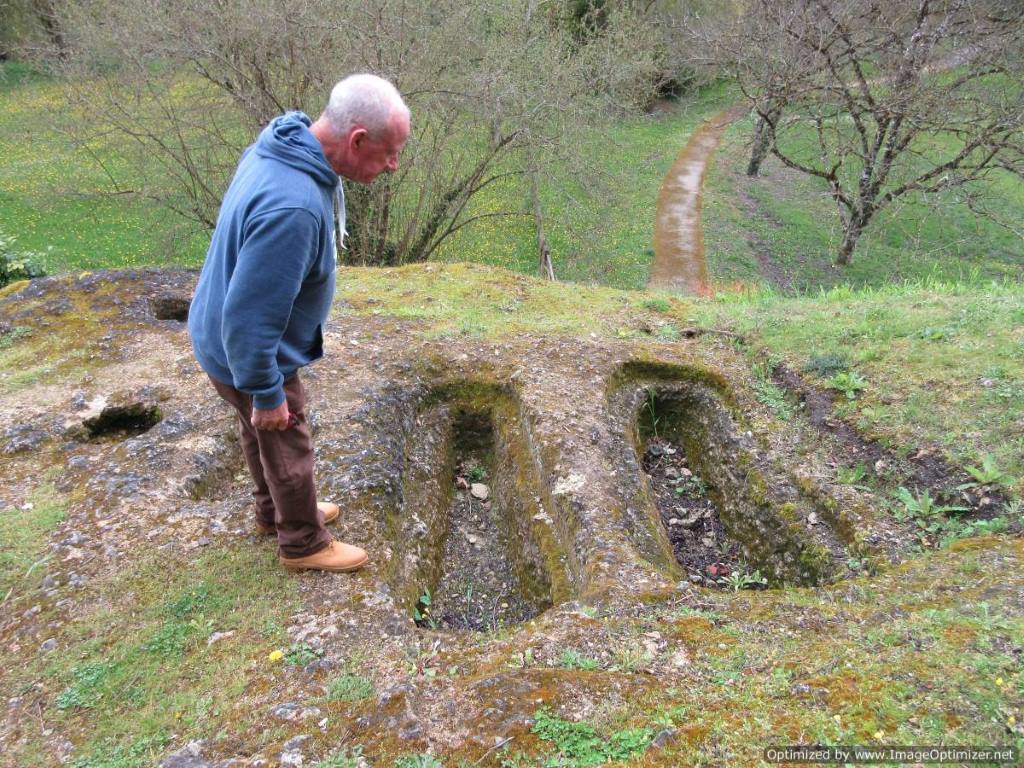 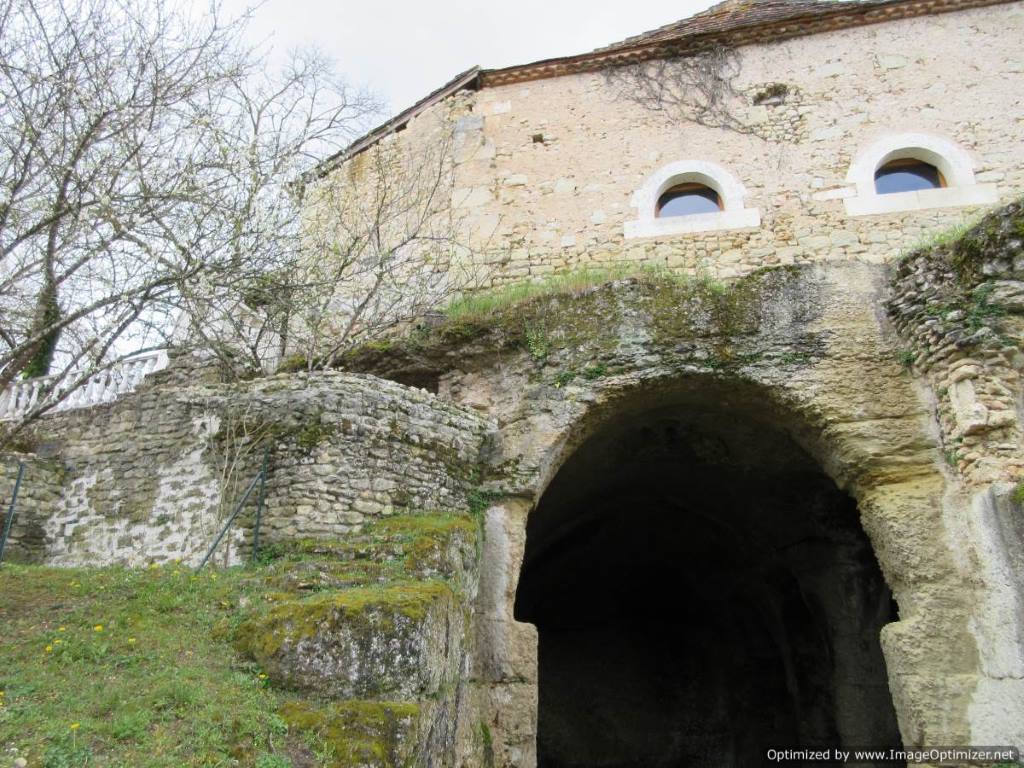 Our lovely landlady gave us a sixth place to visit which wasn’t in our guidebook. It is today’s French word “tourbieres”, and translates to peat bog. It wasn’t historical as far as we can see, but I think she thought we like walking around little lakes which is what this destination was.

Our taste of France is Toulouse Sausage made from 75% lean pork and the rest fat. It is suppose to be cooked in a cassoulet (casserole) but we had it as a frying sausage. Sausage is a staple in South West France and you can buy it fresh, dry cured or smoked. The markets sell a lot of cold cured and smoked sausage which is sold like salami but not wrapped or sliced. The sausage has its own rind or casing from the animal or natural coatings like ash.