As we leave Cahors there was time for the last of Cahors Secret gardens, No. 11 the sensory garden. Planted along the banks of the Lot River are five garden beds, one each for touch, smell, hearing, sight, and taste.

Our landlady came to see us off and gave us a nice gift for the electricity hassles. We hit the road, heading to Bordeaux which is a three hour journey on toll roads. We managed to reduce the amount of tolls and boring driving by taking a slight detour and having lunch in a small village near Valence (that’s Valence, France not Spain). Today’s taste of France is going to be broken up into three parts; part one was this morning’s lemon curd tart. 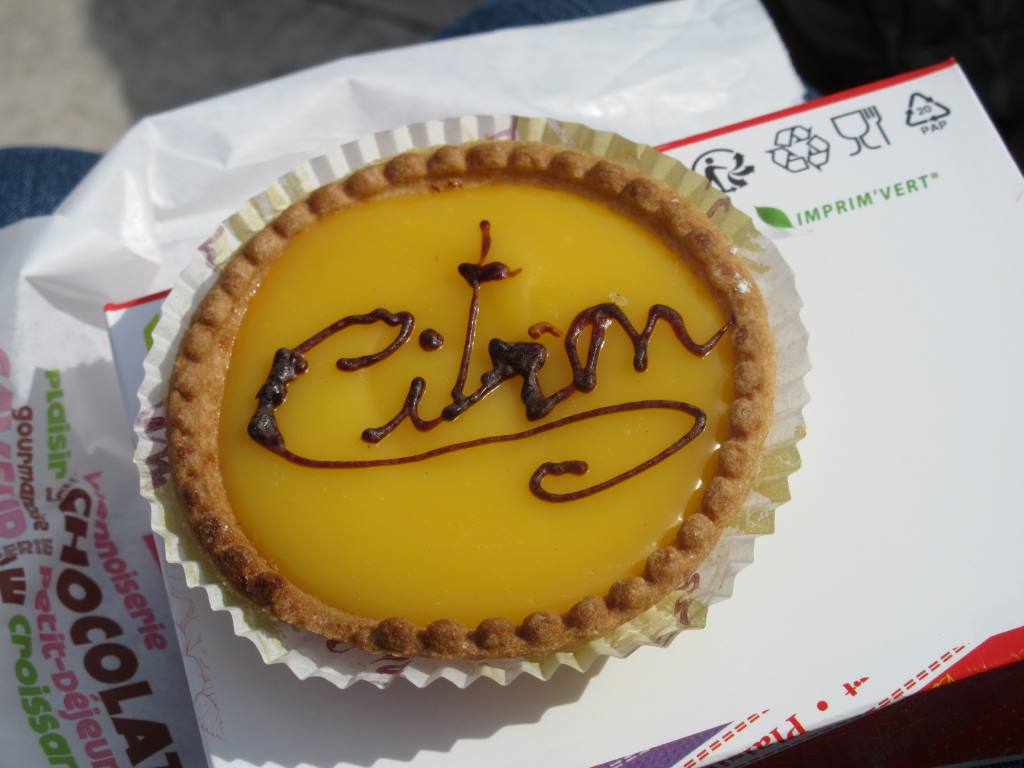 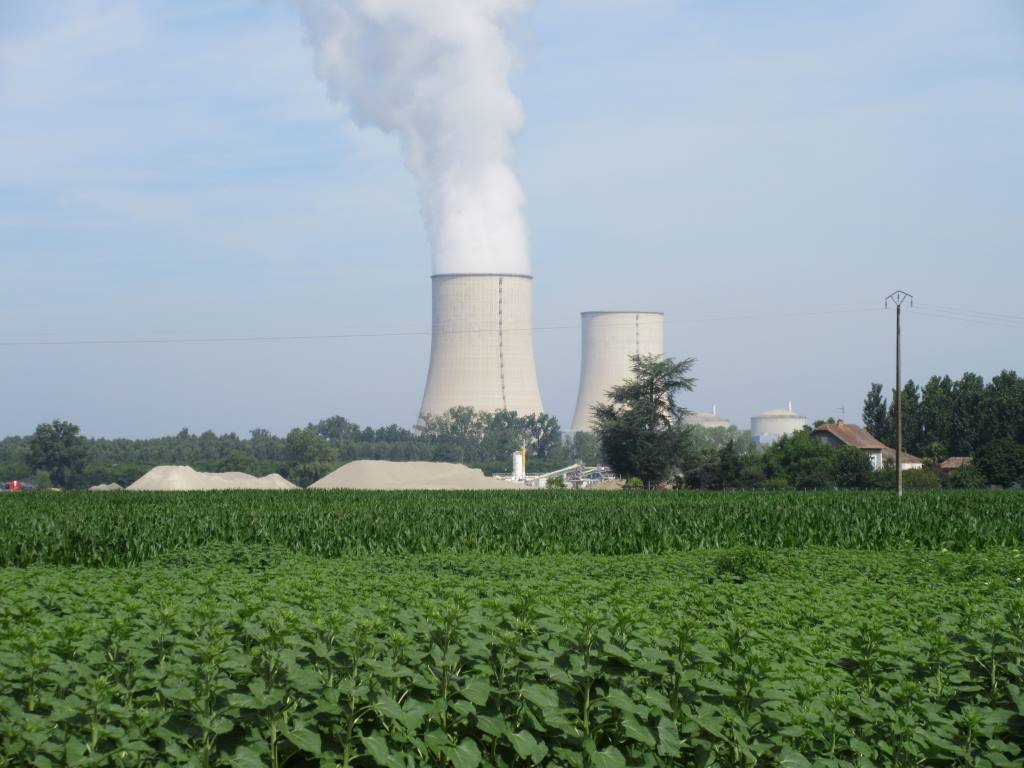 We made it to our hotel in Bordeaux an hour before in our check in time, so we went to the café next door to the hotel to pass the time. It was a surf wave café; from the video below you can see it is a fake wave. You start off on boogie boards and then progress to small surf boards. It was quite a laugh as kids fall off, get spat out the back of the wave and hit the back wall at force.

Part two of today’s taste of France (no photo) was the worst ever packet of potato chips; they were ancient mustard flavour; in English, foul. After checking into the hotel and avoiding the heat for a few hours we caught the tram into Bordeaux central. As usual we did our sightseeing via geocaching. Seven caches took us to the St Andre cathedral, the Botanical Gardens, the Quinconces Square (full of monuments), a big bell, an old gate at the Bourse Square and the fountains that they call the Mirrored Water. 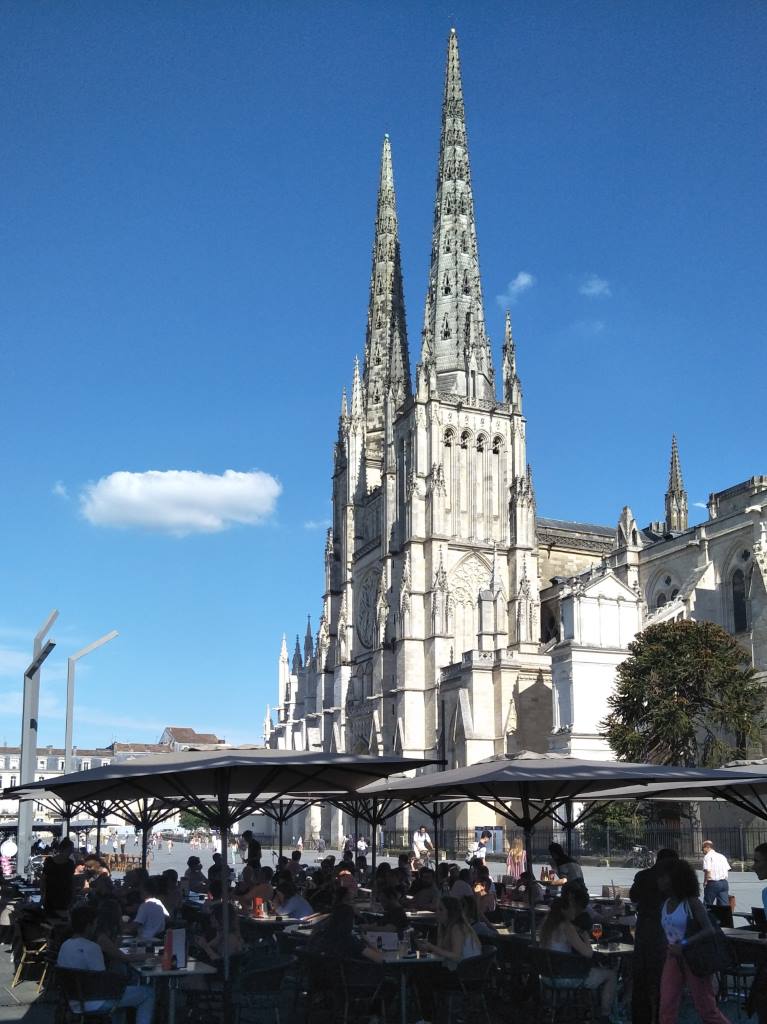 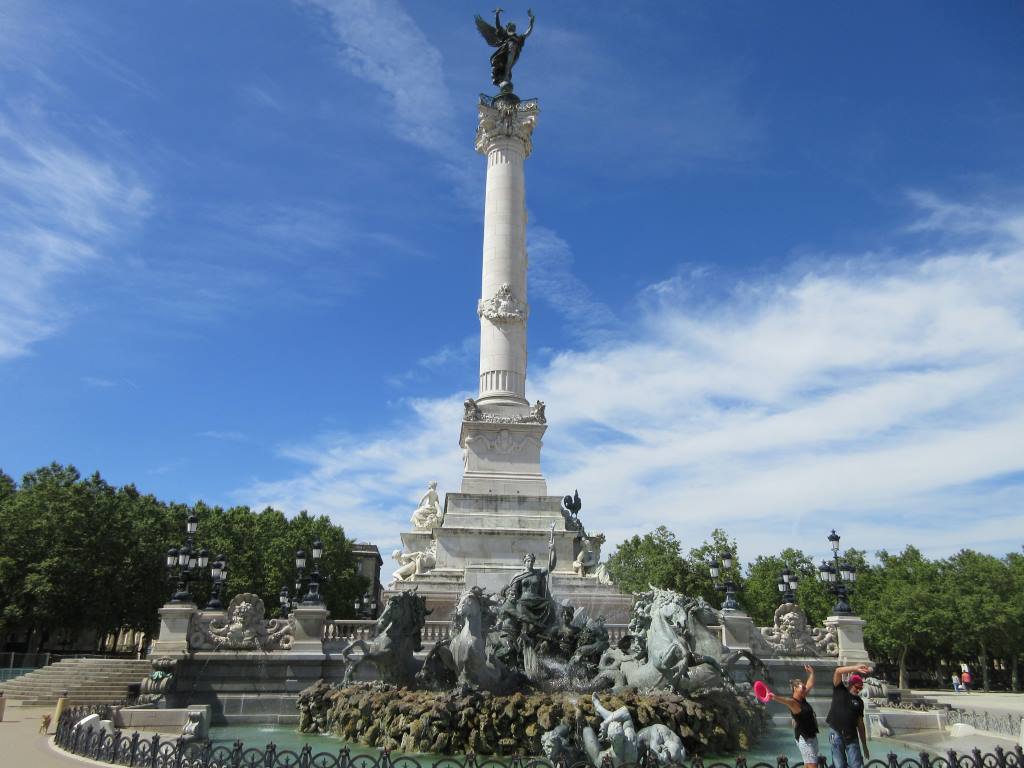 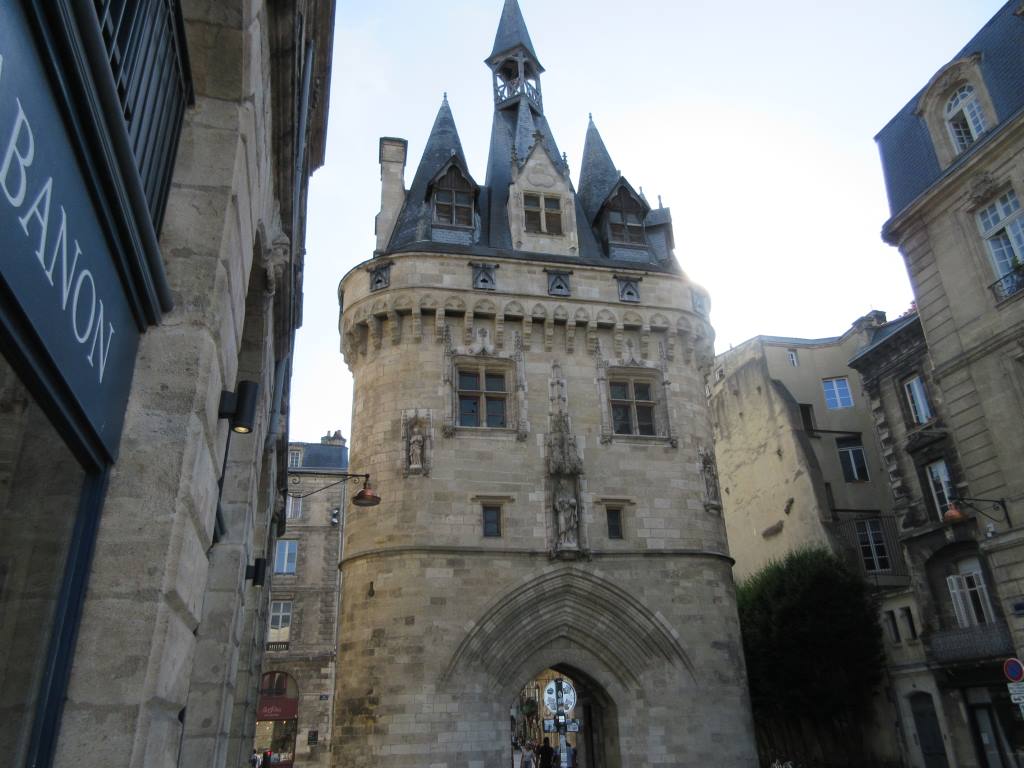 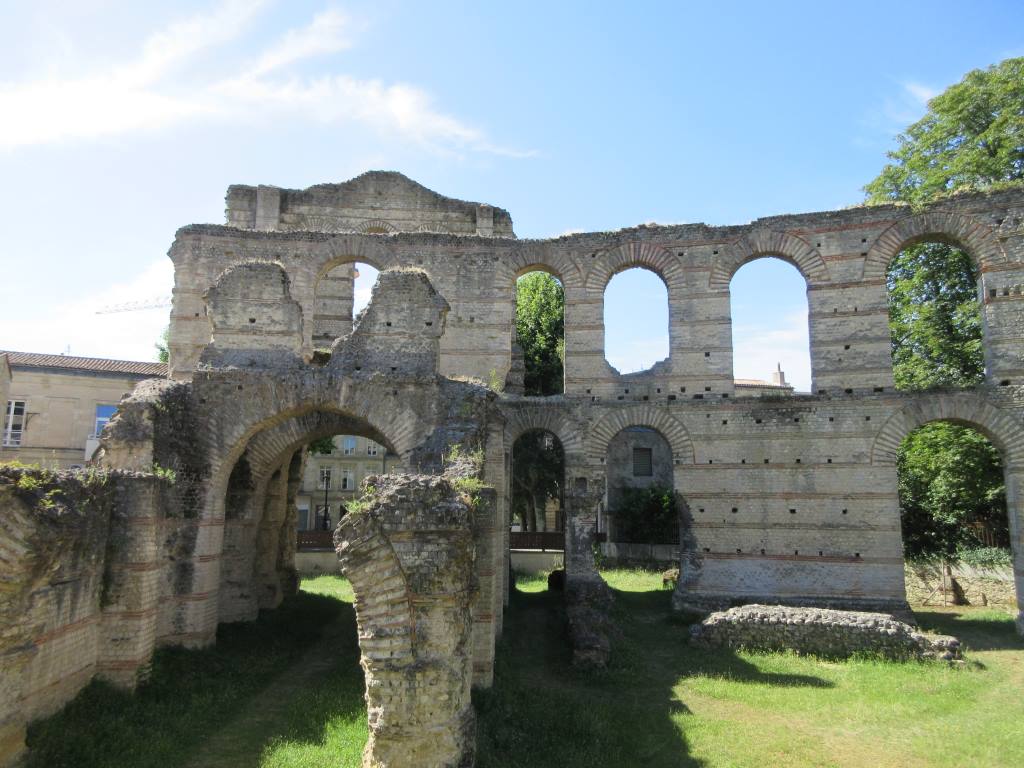 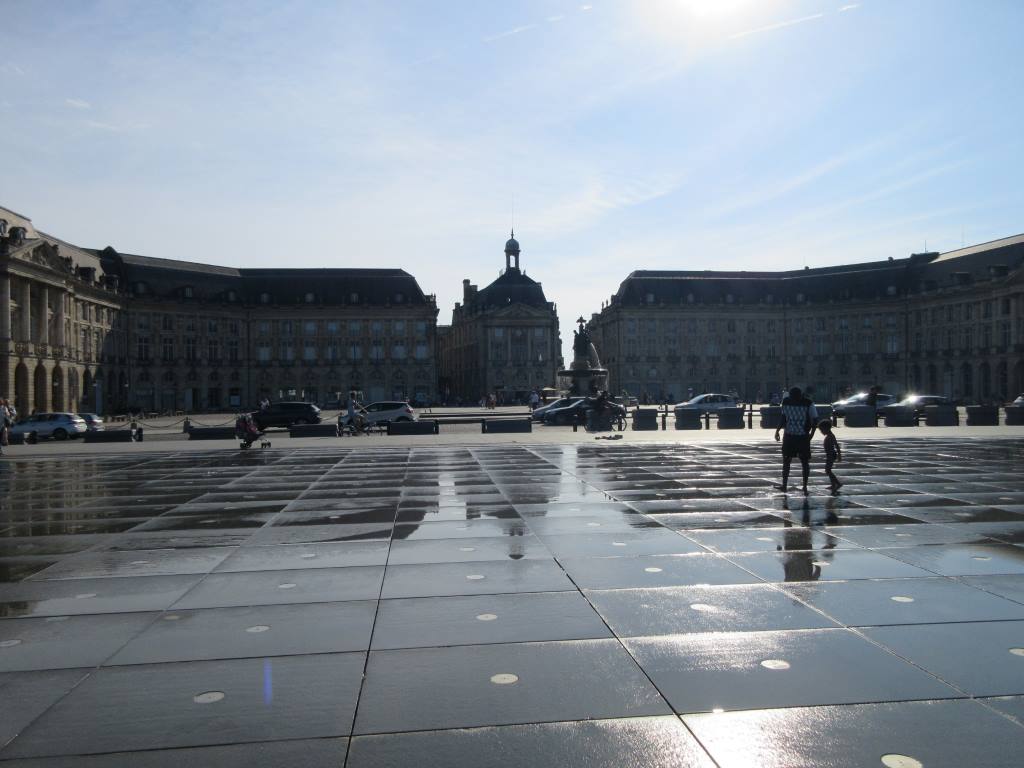 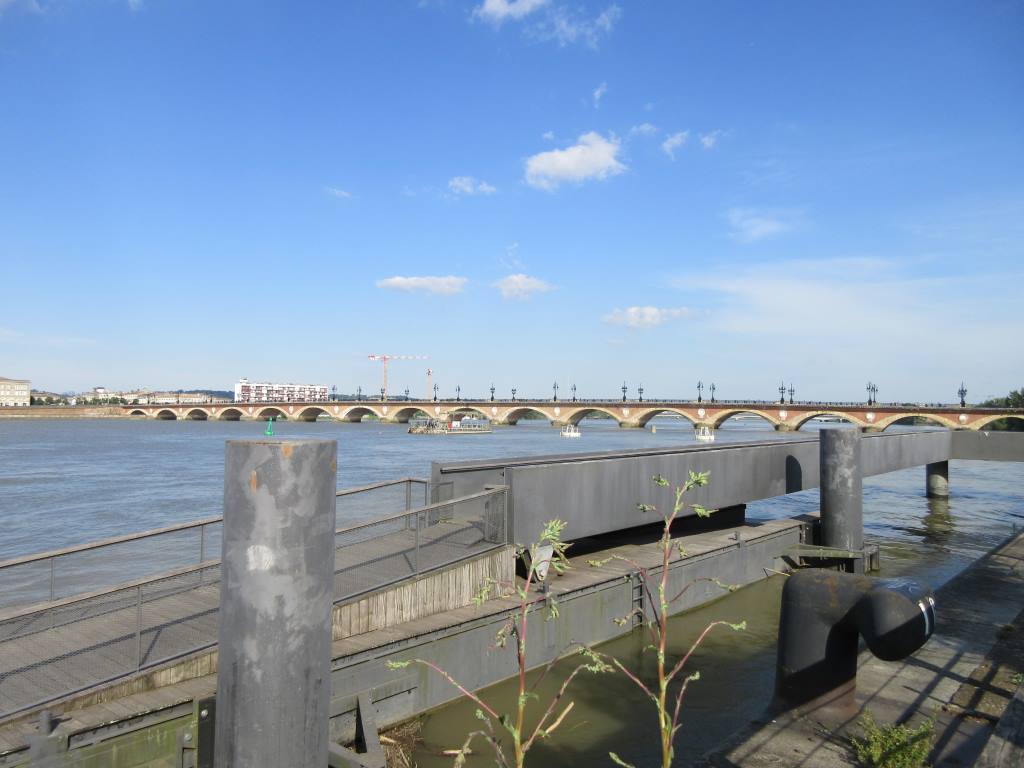 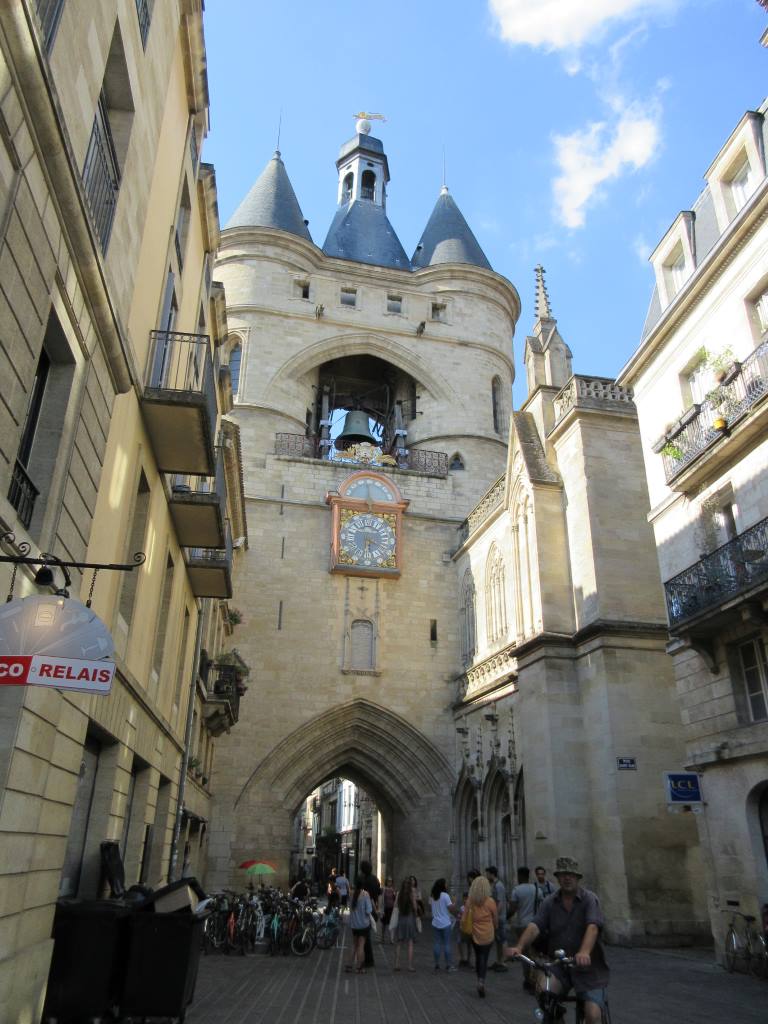 Part three of today’s taste of France is a combination of the three bars we stopped at to keep ourselves hydrated whilst caching in the heat - and also tonight’s tea. Notice my glass has a she devil on it and Roger’s a saint, yeah right. Somehow we chose an Italian restaurant for our last tea in France. I had a salmon salad, Roger a four-cheese pizza. Interesting thing about all the pizzas we have had in France, they don’t cut them up. It is so entertaining watching people trying to cut them on a small plate, surrounded by glasses and other objects that go flying when they slip. 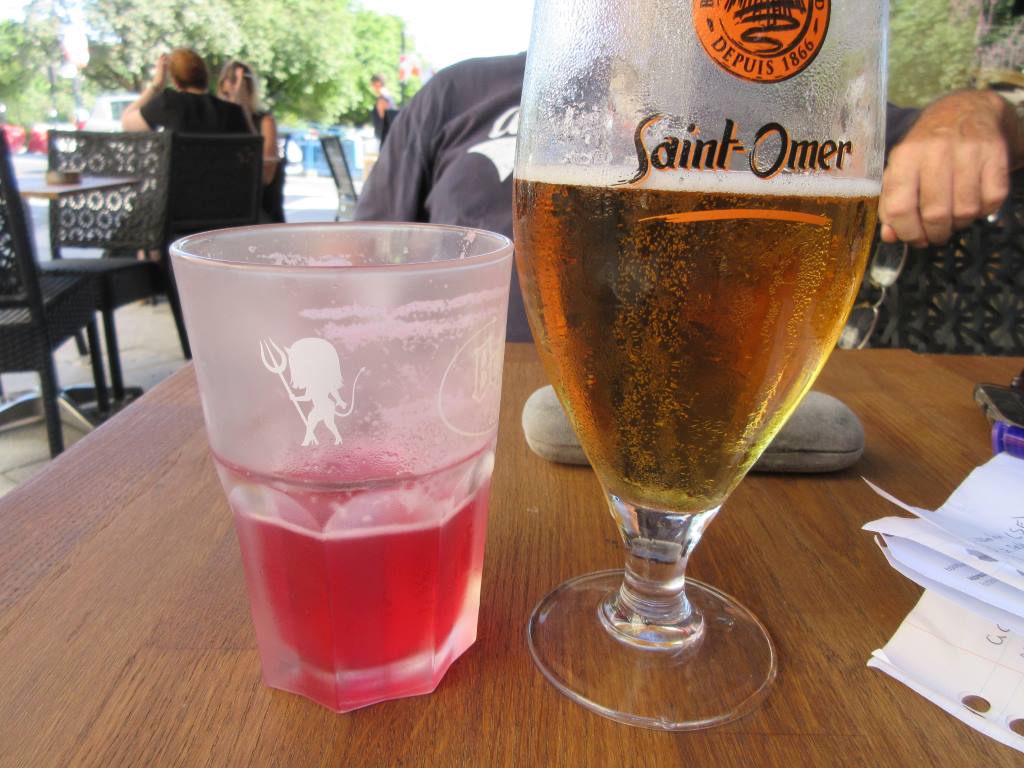 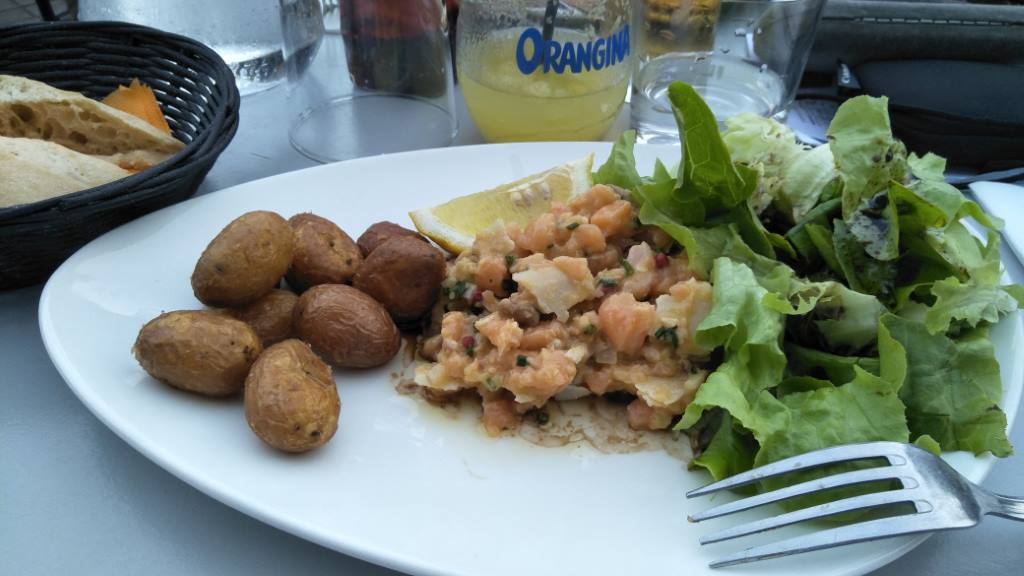 French word of the day ‘grande’ or ‘grand’ = large, some towns you order a grand beer, others a pint; Bordeaux when you are desperately thirsty “big, pronto”.