Au Revoir Duras. After a night of thunder storms, torrential rain, a leaking roof and a morning of tidying up we went for the last time to our favourite bakery. Unfortunately the helpful lady with the sense of humour wasn’t on and they had no pain au raisin for Roger, I couldn’t even find a decent cake.

Our first stop today was Issigeac for a multi-stage geocache. It was a beautiful little village with lots of tourist shops and old styled houses. With the help of the internet we had solved most of the stages before getting there, so it was just a matter of getting past the two old guys that obviously sit on the bench seat everyday by the geocache. 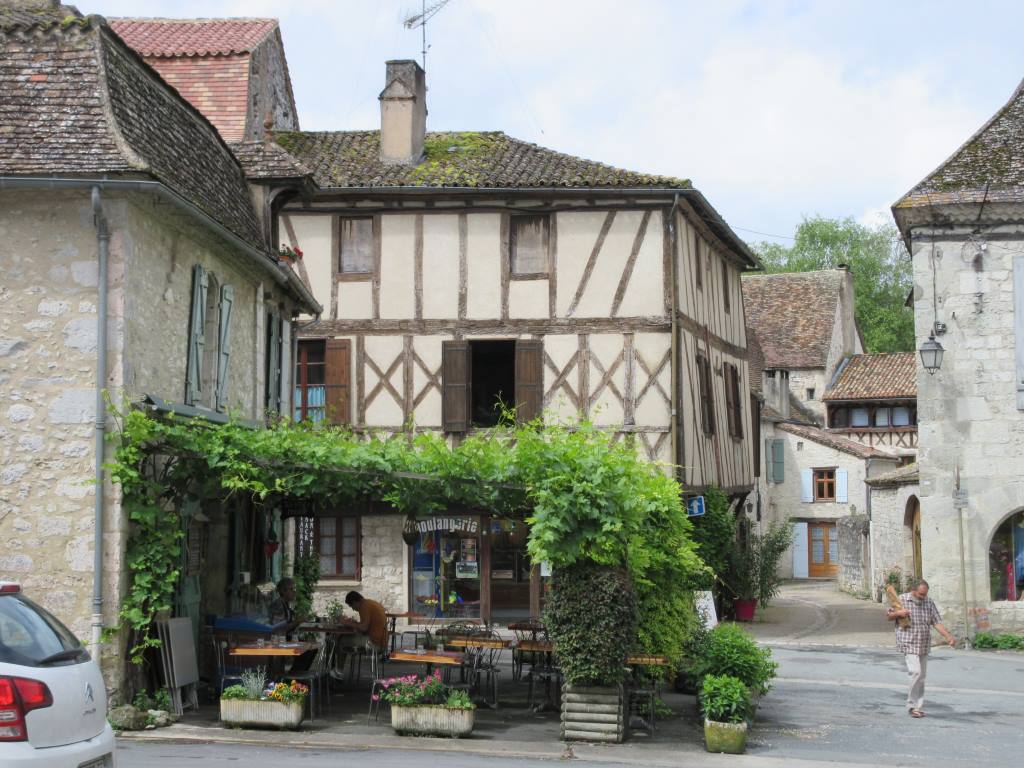 Second stop was the village of Beaumont-du-Perigord for what could be our last Terra Aventura geocache. As usual a bit challenging, but it took us on a tour of the town, with all the lunchtime diners watching. We now know what andrones, merlons, trumeau and carreyrots are. French words of the day, they translate to gaps between buildings, sticky up bits on castles, pillars and walkways. 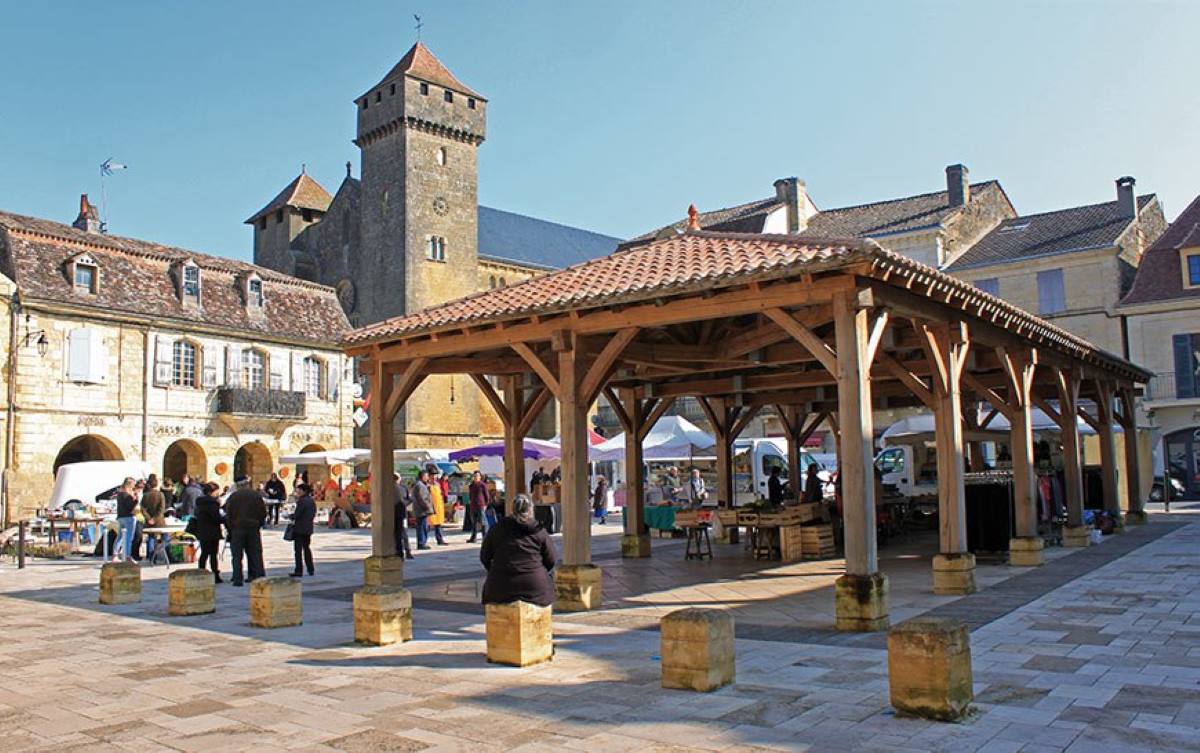 Third stop of the day was for lunch at the village of Limeuil, a small hamlet built on the hillside at the convergence of the Dordonge and the Vezere rivers. Each river needs a bridge; one flows in brown and muddy, the other green. Unfortunately the village only has restaurants and no food shops so we had to make do with our baguette and butter. 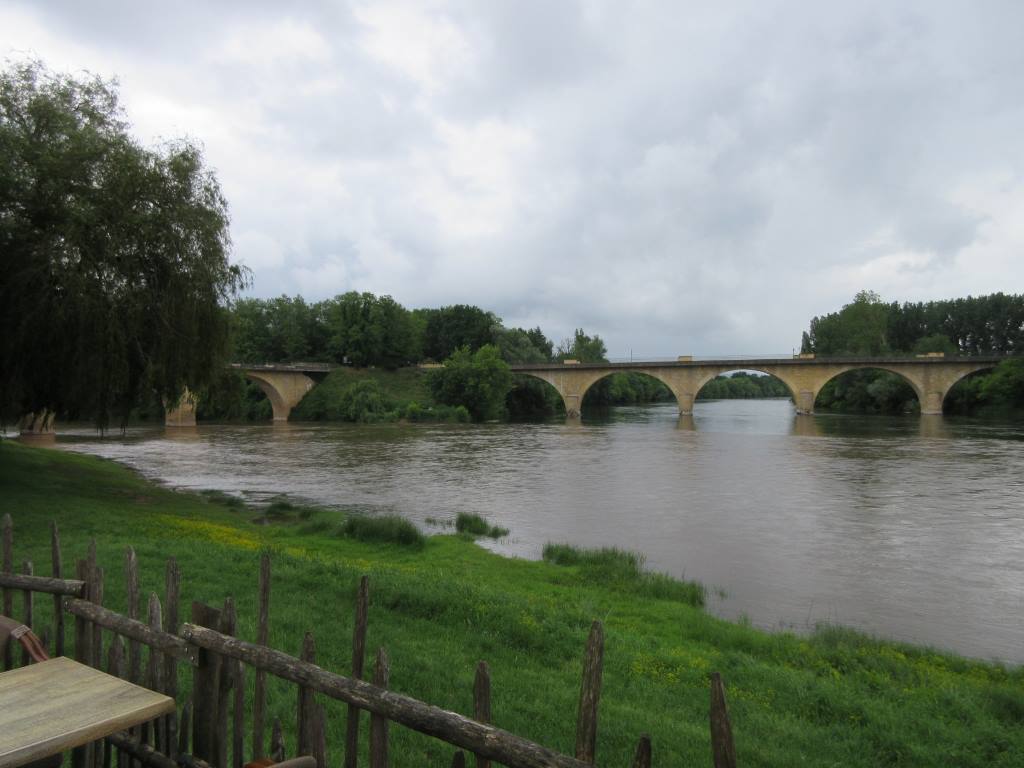 Fourth stop today was the troglodyte village of La Roque Saint Christophe. A troglodyte is a caveman of prehistoric times. The village we went to see was actually built as a fortress in the 900s high up in the cliff rock to make the occupants safe from the invading Vikings. They had a good view of the valley to see the enemy advancing and could shoot down on them. They were more advantageous than a bastide town or standard fortress because there weren’t any walls to break down or undermine. The whole village lived up there in the cliff, including the livestock. This village is the longest in Europe at over a kilometre long and had several levels. The village was reasonably priced at €8.75 each and all the panels were in French and English. The tour is self guided and takes 45 to 60 minutes, however you can take a guided tour in French but it takes a lot longer. As you can see in some of the photos they actually built houses on the carved out rock, they weren’t total cave dwellers as such. It is believed prehistoric man would have lived in caves in the area before the “big flood”. 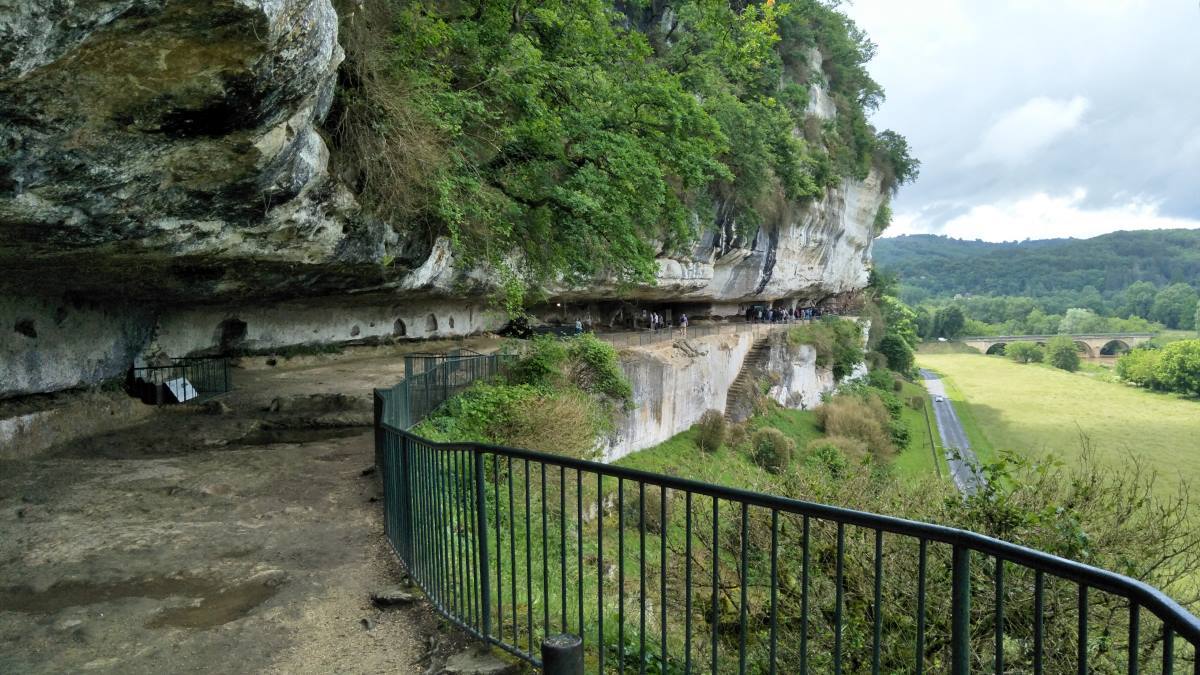 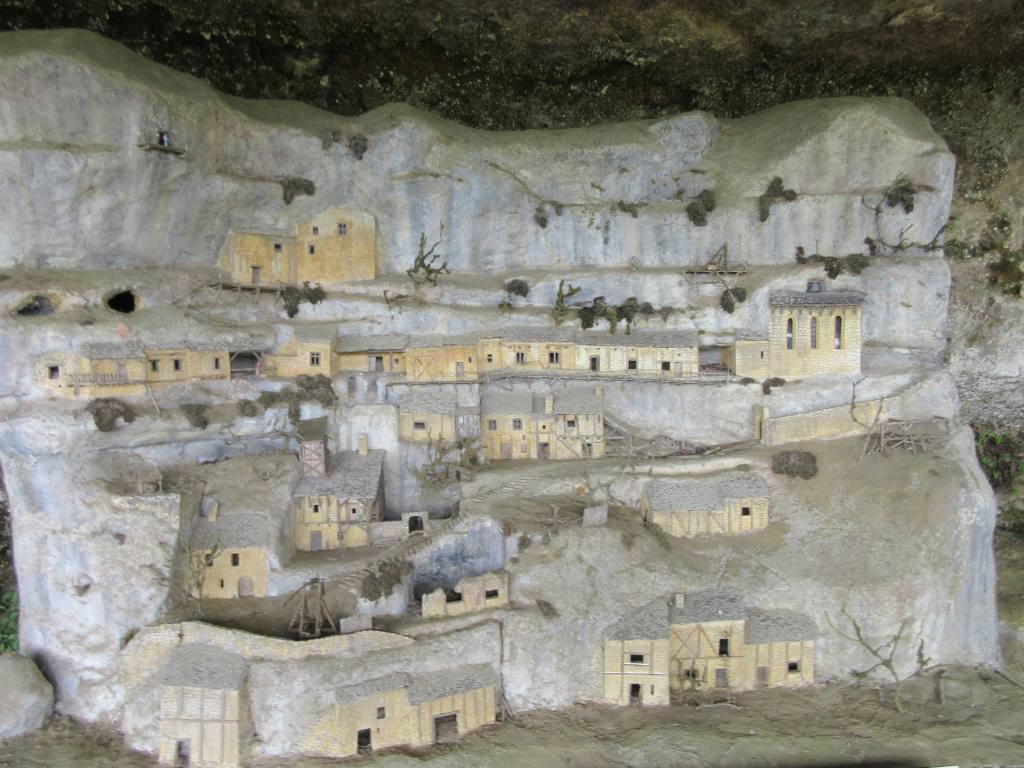 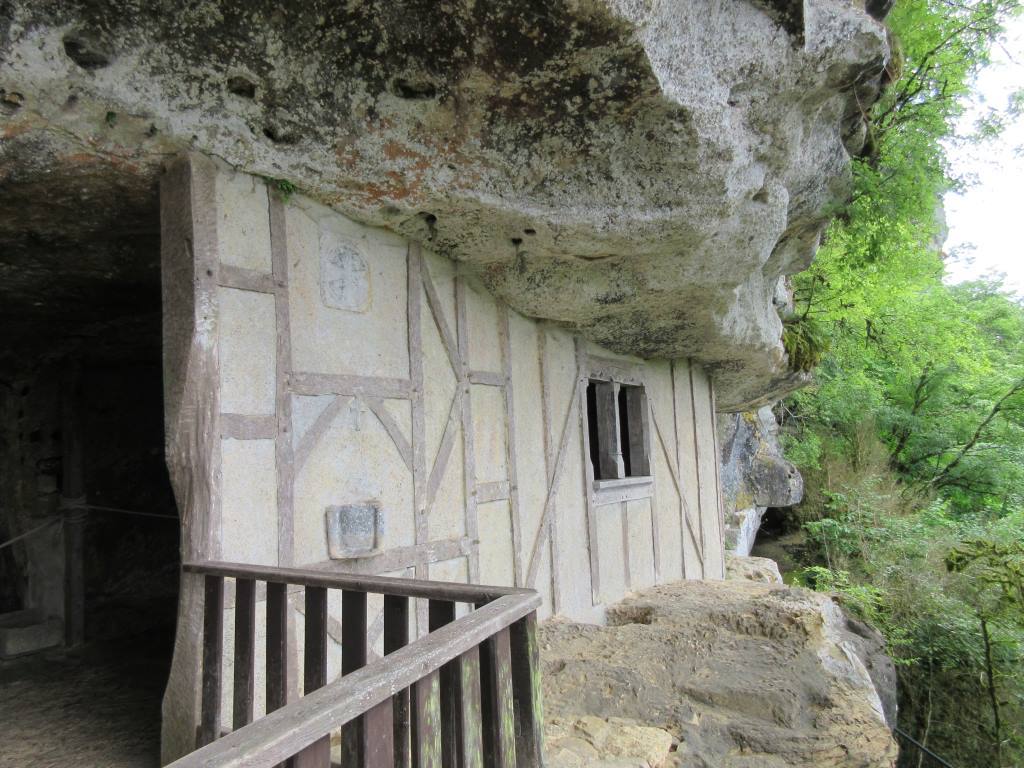 Fifth and final stop is Rocamadour, however no story today because we are actually staying in the hamlet across the valley and will visit Rocamadour tomorrow. We arrived at the hamlet of L’Hospitalet just in time for tea, so after doing a circuit of the seven or so restaurants we chose the one advertising today’s taste of France. For €9.80 each we got a confit canard (duck), sorrel sauce, lettuce and a mountain of frites. The duck looked and tasted just like lamb. Good meal for the price and fantastic views from the terrace over the valley to Rocamadour.

In case you are wondering we are actually going to Puy L’Eveque for June but because one rental makes you book out on the last day of the month and the other doesn’t accept you to the first day of the month, we were in limbo. So we decide to see some sights up north that would be too long a drive to visit from Puy L’Eveque.

Tonight we are slumming it in a cheap hotel, no fridge, no kettle, a room with no room, that’s life.